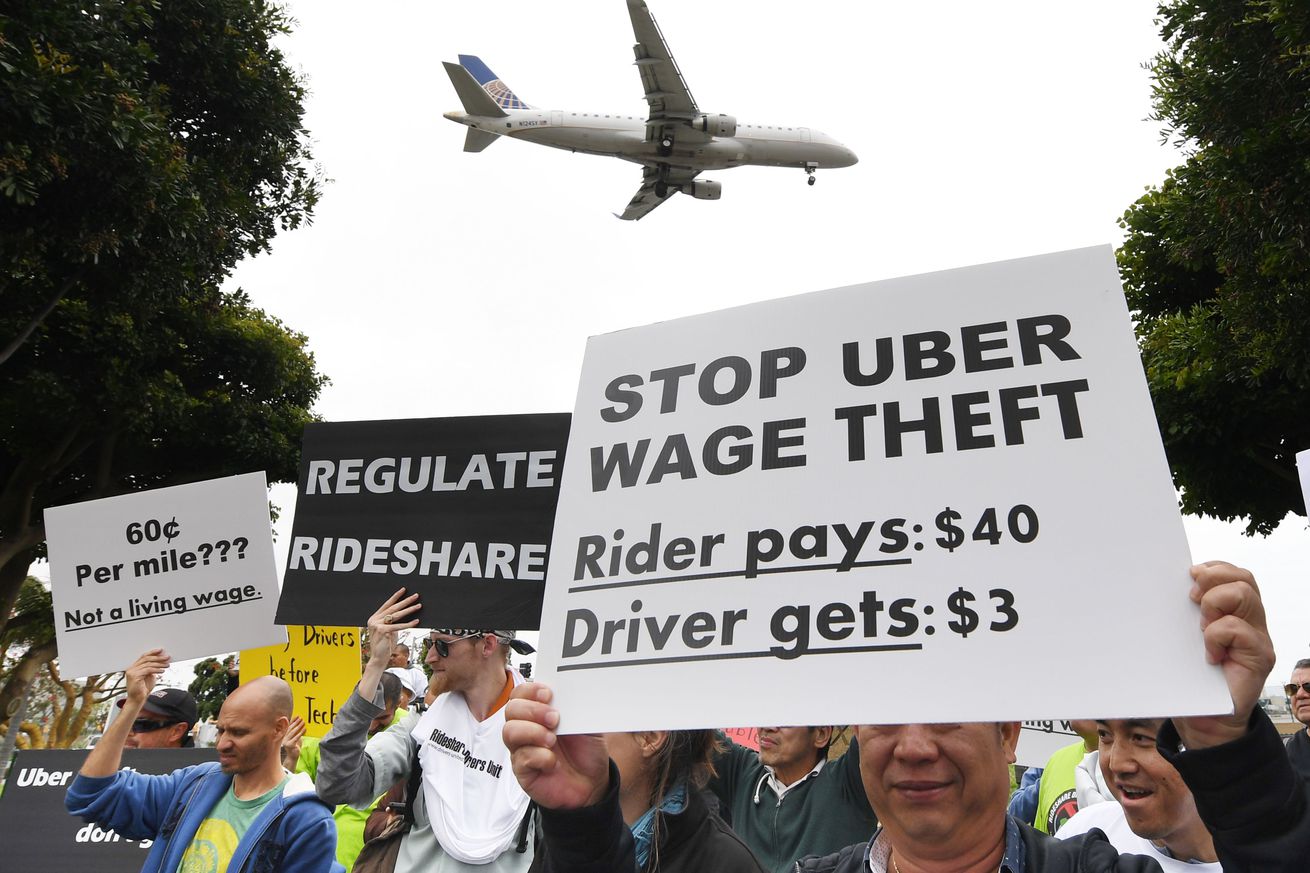 Uber drivers in New York City are suing the company for allegedly failing to repay taxes it deducted from their earnings. The suit was filed by the New York Taxi Workers Alliance, which is a vocal critic of Uber and the ride-hail industry.

The plaintiffs seek to represent a class of 96,000-plus Uber drivers in New York City who worked for the company from 2013-2017 and who did not opt out of arbitration. The lawsuit claims Uber deducted sales tax and the Black Car Fund surcharge from drivers during that time. The lawsuit is asking for all of that money back.

“Uber bosses are raking in millions while drivers struggle to feed their families,” said Bhairavi Desai, executive director of the Taxi Workers Alliance, in a statement. “Uber’s business model depends on exploiting vulnerable low-wage workers — including by stealing from driver pay. But time and time again, when workers fight back, we beat Uber even with all their billions.”

Created under a 1999 state law to cover injured drivers’ medical costs and lost wages, the Black Car Fund tacks a fee on to every Uber, Lyft, and traditional black car fare. Since 2013 that fee has been 2.5 percent. (A recent expose by Crain’s New York Business found that the Black Car Fund is potentially in violation of state rules.)

This isn’t the first time Uber has been accused of failing to pay back taxes taken out of drivers’ earnings. In 2017, the company admitted that it had mistakenly calculated its commissions based on earnings that included state taxes, rather than pretax amounts. Uber said it would repay the lost earnings, but didn’t disclose how much that would be.

This time around, though, the Taxi Workers Alliance says Uber wrongly shifted the cost of those taxes and surcharges to drivers, in addition to charging the service fee. A spokesperson for Uber declined to comment.

The case is specific to drivers who work in New York, but a story published byJalopnik in August found that the company was taking far more from drivers than it discloses publicly. The plaintiffs are also challenging the company’s “upfront pricing” system, arguing it allows the company to charge customers higher fares than are reported to drivers.

The suit was filed in federal court in Manhattan on November 6th, the same day that Uber’s lockup period expires. That means that early investors may decide to dump the company’s stock aggressively until the end of the year. A group of driver activists in California used the occasion to protest outside the home of Bill Gurley, an Uber board member and early investor, and Garrett Camp, one of the company’s founders.