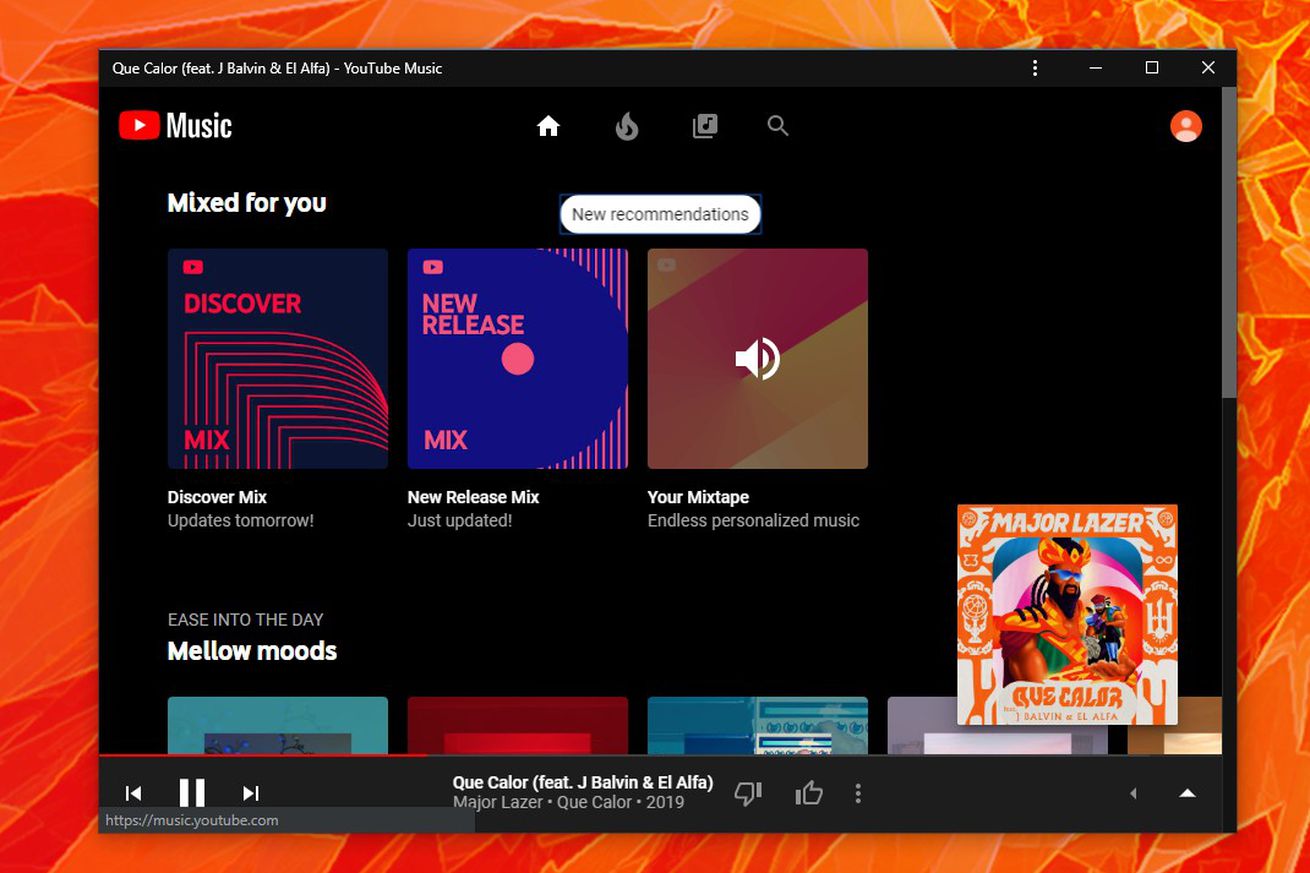 YouTube Music is getting a pair of small but helpful updates today: full support for Siri, and support for being installed as a desktop web app.

If you’re on an iOS device, you’ll now be able to ask Siri to play songs straight from YouTube Music. For the longest time, Siri only supported Apple’s own music sources. But in iOS 13, Apple added the ability for Siri to tap into third-party apps with a long-overdue update. Spotify added support for this feature earlier this month, and now YouTube is following suit with support from its own music streaming service.

Today’s other new feature, desktop web app support, means you can now have a standalone YouTube Music app on your computer, instead of having to visit the site in your browser. Since it’s a web app, there isn’t much of a difference from just visiting the website, but it can be nice to have your music player living in its own window, without the browser’s interface around it. It’ll be able to have its own icon to launch from, too.

If you want to install the web app, your browser will likely add a small icon to the right side of your address bar when you visit YouTube Music. The web app doesn’t appear to be available for everyone yet, but YouTube says support is rolling out.

The features put YouTube Music just a bit closer to being on par with Spotify when it comes to native platform support. Spotify, in addition to having a web player, also has a desktop app (though it’s far from perfect). YouTube Music’s app isn’t native, but it’s a step in the right direction toward feeling at home on each platform.