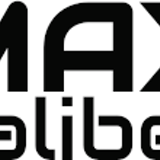 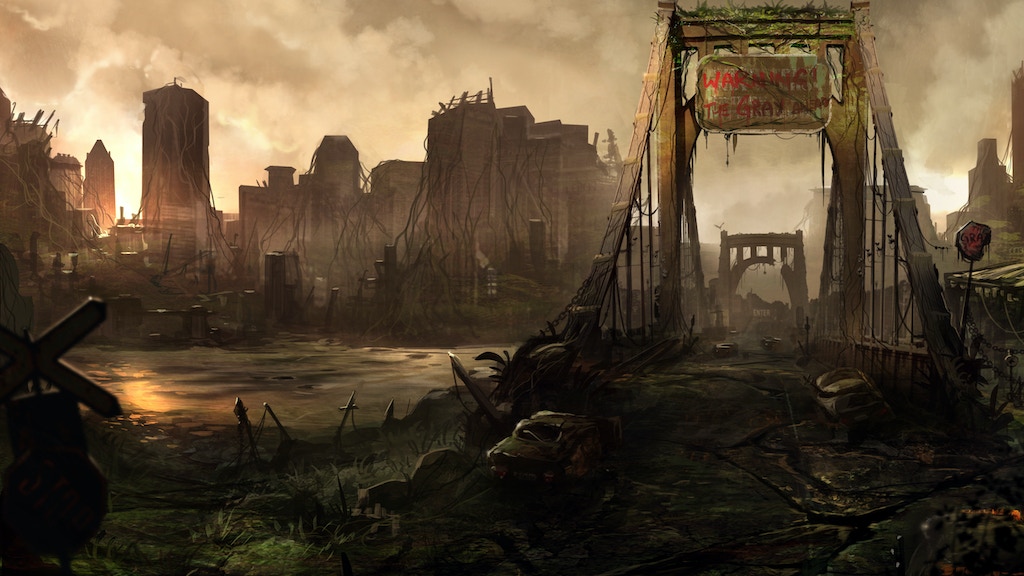 The Ruin is a game that many will not see as something that D&D can do well, and for us, this is more a mindset than a hard and fast rule. The games we have played have taken the survivors into dark underground bunkers and subway tunnels, taken them into city-sized settlements and up into ruin steel and glass towers, saving survivors, foiling plots and fighting monsters.

The world of the Ruin is vast and varied and as we discover this world together places will open up, from the underground waterways of London, the radioactive mutants of Liberty and the vast mechs of Russia, so join us and discover a world after the Apocalypse.

The Ruin RPG is a dark and gritty Post Apocalyptic tabletop roleplaying game that is powered by the 5th edition rule system of the worlds most popular RPG; it is designed to place the players in situations of survival and danger in a devastated world.

We have been working on the Ruin for a couple of years with the plan to create a different kind of post-apocalyptic experience than is currently available. We love Post-Apoc roleplaying, but a lot of what is available is quite gonzo or fantastical. Of course, the Ruin has its strange aspects, mutations, Bio-Hacking, aliens, and so forth but we have tried to include them in a way that feels natural and realistic. Likewise, with gear and weapons, guns are a thing but are hard to find and hard to to find ammo for, so alternatives exist in the form of scrap weapons, similar to flintlocks of old.

We wanted the players to focus on the world, to become immersed in the theme of survival, and we needed a ruleset that would allow that and not get in the way. We were already fans of D20 games and felt that it would be perfect because the system was easy to learn, did not over complicate the world and most players already knew the system pretty well, which made it perfect.

Well, we have you covered with the original Percentile system, which we will offer backers as an alternative on the Backer Survey, so if you don’t like D20 Games check that out with the soon to come Quickstart rules.

The Ruin is a completely self-contained game; you do not need anything else to play the game, which is something else we wanted, the ability for a GM to take just one book to a game or convention and not need to carry a pile of heavy manuals.

Join us on Discord > https://discord.gg/YuvTmFR

What is the GM Pack?

The GM pack contains a PDF GM screen, a pack of NPCs, Character sheets and 30 Item cards that you can print out and use.

Players will be able to create characters chosen from five different origins like Settler, Nomad, Wanderer, Tribal and Raider also seven new classes like the Merc, Scavenger, Doc, Mechanic, Ranger, Preacher, and  Feral. There will be new backgrounds and feats as well as sections on gear and weapons etc.

Characters will be able to build and repair weapons and armour, build settlements or tear them down. Gather settlers to populate new settlements and instruct those settlers to fulfil roles and defend their new homes.

Disease, starvation and dehydration are silent killers, and The Ruin takes full advantage of the Exhaustion rules without adding new and cumbersome mechanics into the game or without breaking the immersion.

The Ruin RPG was heavily inspired by movies like The Book of Eli, The Road, I am Legend, and Mad Max, and books like Roadside Picnic, The Duskwalker Trilogy and Wool. We wanted to create a world that was varied but at the same time realistic, which is why survival and rebuilding are such important themes.

The Core book will focus on three major settlements allowing the GM and characters to decide which one they want to come from or live near, and these are positioned in three areas of North America, allowing for exploration and creative world-building by the GM and Players.

We are hoping through this Kickstarter to increase the locations to four and also to explore other countries such as the UK, Europe and Russia.

A city dominated by the Loop, a huge stronghold controlled by a gang called the Loopers, an army of would-be gangsters. Raiders and other threats prowl the streets during the day, and at night the city is home to the ‘Breds, cannibalistic tribes of sewer dwellers.

Mercy Island is a trading post considered neutral ground and controlled by the sisters of mercy, an army of wasteland amazons that do not take rule-breakers lightly. The city itself has the largest grey hive on the west coast, making it a dangerous place to visit and Mercy island a hard place to reach. The trading post operates night and day, and they say anything can be bought and sold there.

An airport was the location the old US government chose to use as their new capital. Government bunkers were built under the airport because of its runways and other secret provisions. Now the government is trying to re-establish itself with little luck, but it has managed to place most of the city under martial law and has begun issuing its new currency to the surviving population.

The world is now a place of dark subways and sewers, lost bunkers and underground government installations, Labyrinth like roads and alleys, towers of rust and shopping malls of treasure and dangers. Modern-day dungeon crawls and bandit lairs, dark forests and corrupt settlements.

The world has become a strange and dangerous place, and this is mainly due to the diverse threats and groups that populate it. Mutation has changed a lot of the creatures that survived the apocalypse, some of these animals were already indigenous to North America others are the offspring of animals that escaped zoo’s and wildlife parks, this means the characters could face Bears one day and Lions the next.

Human threats also exist in the form of gangs, raiders, militia, tribals and cannibals, these will differ from location to location, and some will be more open to negotiation than others. There will also be strange cults and other factions that the characters will be able to join, work for or work against as they travel the wastes.

Stranger things also thrive, weird phenomena, Bio-hackers, Statics (regenerated undead that seek out electrical signals for the Grey), the Grey (Insects that feed off electrical power), Rogue Drones, Scrappers, and much more, the world is truly diverse and interesting.

Scrappers or Scrap Golems are lumbering giants of scrap and debris encased around a human pilot now driven insane by their need for survival.

The Grey are an enigma, these giant space insects that feed off electricity now make their hives across the planet. Many say that it was the Grey that brought darkness to the cities.

The Scavenge Goals are our stretch goals, and these come in three tiers. Your chosen pledge level will indicate which of the tiers you will receive, and as we progress, we will add new goals to each of the tiers making the pledges more valuable as we go.

Tier one goal adds more content to the core book.

£6,000 – Liberty added to Core Book (Locked) – Liberty will be added as a fourth Location, the east coast of America was hit pretty bad and now it is a land of mutants and other horrors.

£5,500 – The Bunker Mission PDF (Locked) – A Mission taking the heroes deep underground inside a military bunker.

£7,000 – Bestiary PDF (Locked) – We will create a 130-page Bestiary of strange and horrifying beasts and other threats from around the world.

we will be charging shipping after the Kickstarter concludes based on the actual costs incurred to ship. We will collect this via our pledge manager after the campaign ends.

Shipping is charged after the campaign, separate to your pledge so we can be fair to all our backers (shipping is rarely one size fits all). We will ship your rewards at our cost to our international hubs and charge shipping from your nearest hub to you. Depending on where in the world you are, we will either ship to you from our hub in the USA (US, CA and some ROW backers), Australia (APAC), or the UK (EU & other ROW backers).

Please note that while we do our best to get you your rewards in a timely manner and at the best delivery cost we can, you may not necessarily receive your rewards before the product makes it into distribution in your own country or before it’s made available at conventions or through special promotion opportunities. We hope that the special price and exclusive items you will get during the Kickstarter will make up for any such possible lag. However, if this is something that is not acceptable to you, please do not back this project, and instead, wait for the retail release. Thank you for your understanding.

This will be Max Calibers first Kickstarter and it is scary, but we are on course to deliver on time, as you can see we have some artwork and the artists are ready to go and create more. We need to get an editor and layout person as we currently cannot afford either (money spent on artwork for this page). But other than acts of God we can foresee no issues.