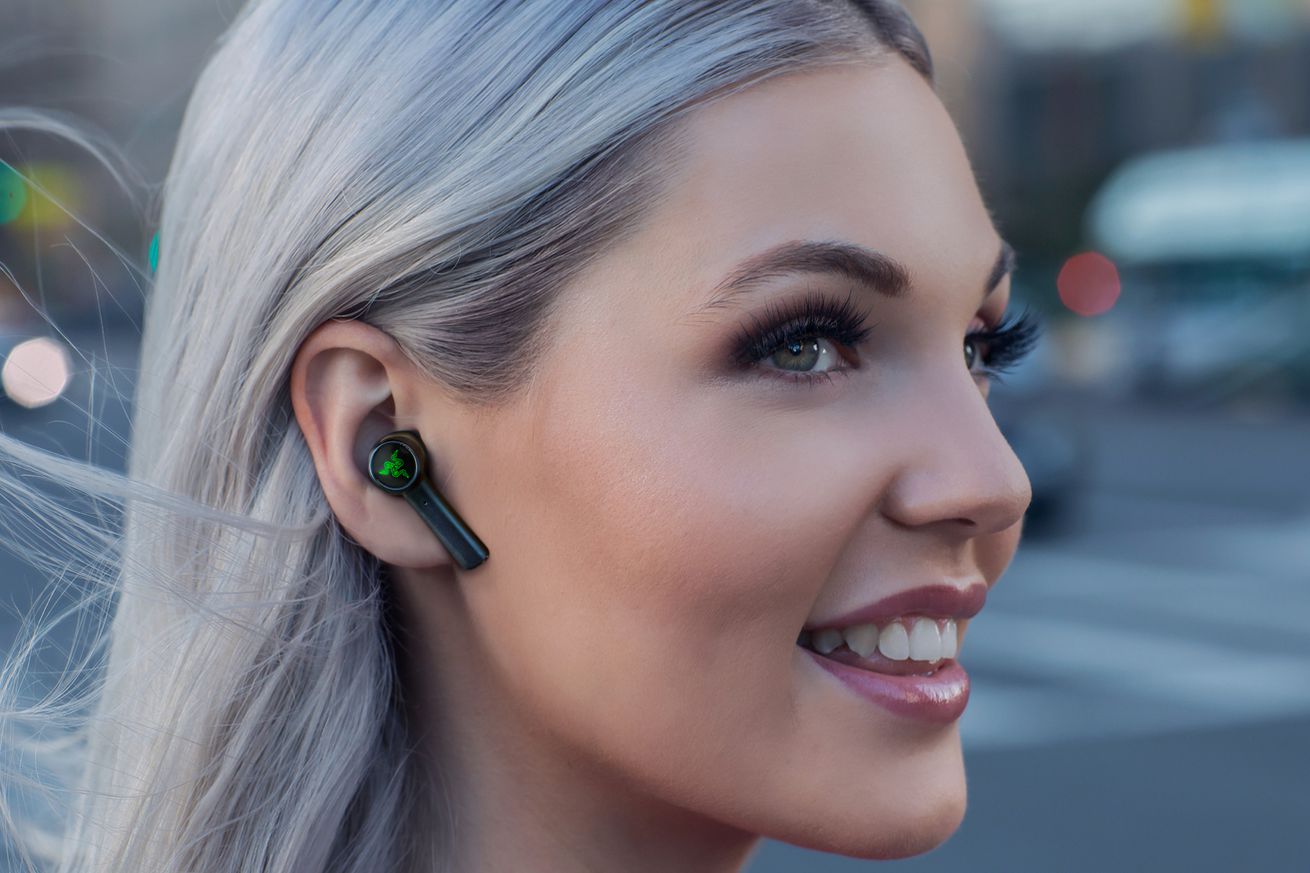 One of the worst things about using wireless headphones while gaming on an Android phone is the latency. Whether the fault lies with the OS or the manufacturing (or both), I’ve found that most headphones — even expensive ones like the Sony WH-1000X M3s — aren’t able to keep up with what’s on the screen. It’s infuriating, and it’s a situation that Razer’s $99 Hammerhead True Wireless earbuds aim to take on.

These new truly wireless earbuds, which Razer announced today, have a minuscule 60ms latency once “Gaming Mode” is enabled via a dedicated app for iOS and Android. The result should align what you’re hearing with what is on the screen. Razer claims that its earbuds utilize a customized version of Bluetooth 5.0 to allow this feature to work and to preserve audio quality and battery life in the low-latency mode. To turn it on, just tap three times on the earbud.

At a press briefing, I got to try out the Hammerhead True Wireless, and this low-latency mode seemed to work at times while falling out of step other times. My time with the earbuds was brief, and the press room was loud, so I won’t be able to place final judgment on the quality of the feature (or the sound quality, in general) until I have more time with them.

The Hammerhead True Wireless are somewhat similar in design to the AirPods in that they don’t rely on ear tips to fit in your ears, though they include a few silicon sleeves to help you find a better fit. Once you pop them out of the case, which charges via USB-C, they rest in your ears. This is great from a usability standpoint, but it’s not so great if you’re looking for a set of wireless earbuds that can block out external noise. If that’s the case, something like the AirPods Promight be a better choice.

The Hammerhead True Wireless offer IPX4 water resistance and three hours of use per charge. The included case offers four recharges, totaling 12 hours of battery life. (This is on the low-end of life expectancies per charge compared to other competing models.) Basic tasks like changing the song, picking up calls, or activating your preferred voice assistant are handled with touch controls on the earbuds. If you want to adjust the volume, you’ll need to do it from your phone.

The $99 price tag seems fair for what’s being offered, but these earbuds might have a tough time standing out from the crowd if the Gaming Mode doesn’t make a huge difference when you’re gaming on an Android phone. We will test them more to find out if the low-latency mode makes or breaks these earbuds. The Razer Hammerhead True Wireless are available now on Razer.com.