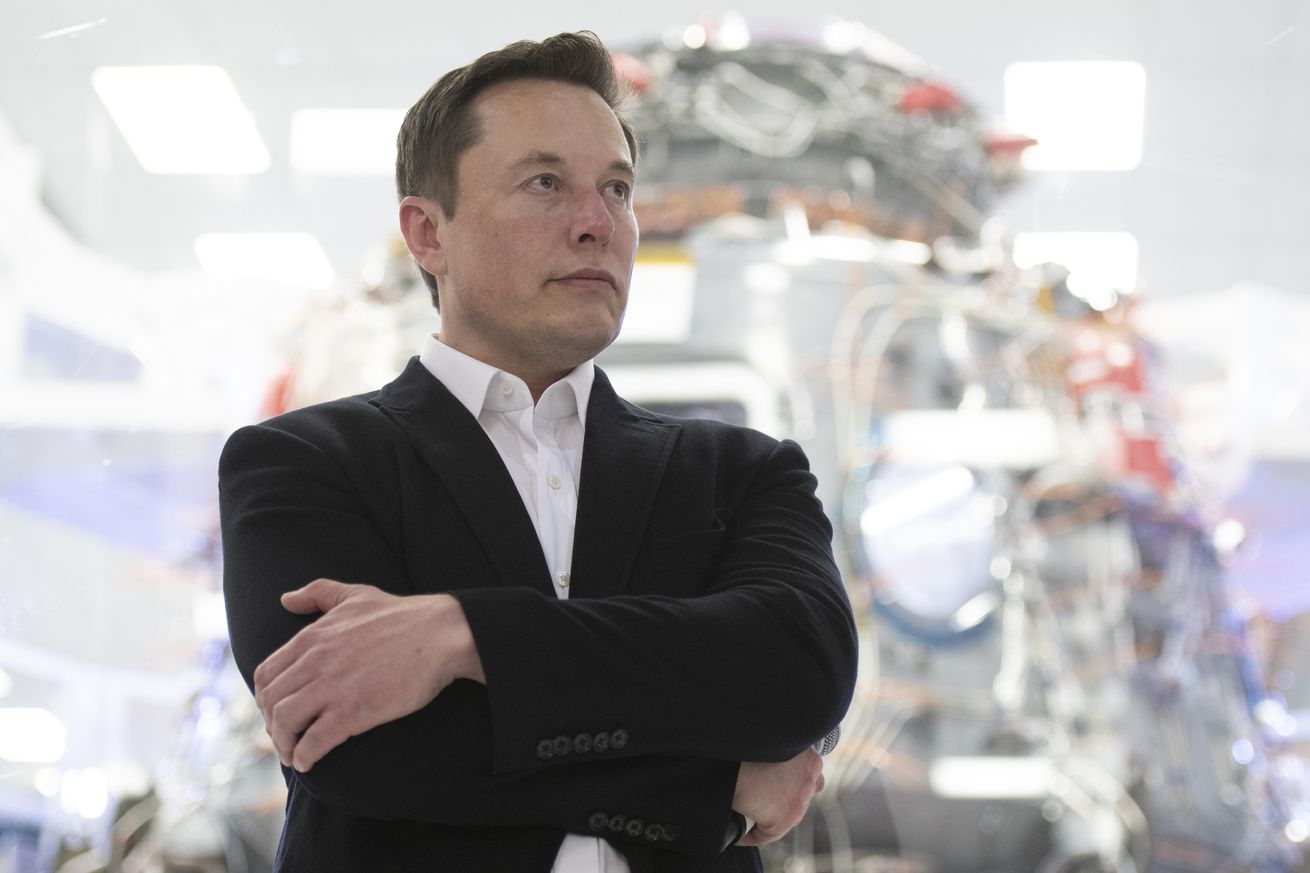 Musk told the YouTuber he would make the donation on Twitter after some nudging by Marques “MKBHD” Brownlee, who has interviewed Musk in the past and is an avid Tesla fan. Musk initially showed interest yesterday, asking on Twitter about the type of trees being planted as part of MrBeast’s fundraising effort. MrBeast responded that the trees are being planted on every continent save Antarctica; the type of tree depends on where it goes.

The fundraising program has been successful even without a Musk donation; MrBeast has raised more than $6 million. The project is a partnership with the Arbor Day Foundation. When Brownlee told Musk that, Musk replied, “sounds legit,” and pledged to donate 1 million trees.

The official site of #TeamTrees. One dollar plants a tree…

65.9K people are talking about this

In the past, Musk has engaged in a playful back-and-forth with MrBeast, who’s become famous on YouTube for philanthropic stunts that largely involve giving away huge sums of money, sometimes to total strangers. The YouTuber promised to purchase a Tesla after telling Musk he would do so if the chief executive hosted an episode of “Meme Review” on the channel of Felix “PewDiePie” Kjellberg. After Musk hosted Meme Review, MrBeast followed through. MrBeast has since asked Musk if he would help him “vlog on the moon.”

But it appears Musk has indeed donated the money for the trees: as of 8:50 PM ET, he’s now listed in the top spot with 1 million tree donations according to the Team Trees page, which seems to require an actual donation (not just a pledge) to appear on the leaderboard.

Elon Musk has taken the throne 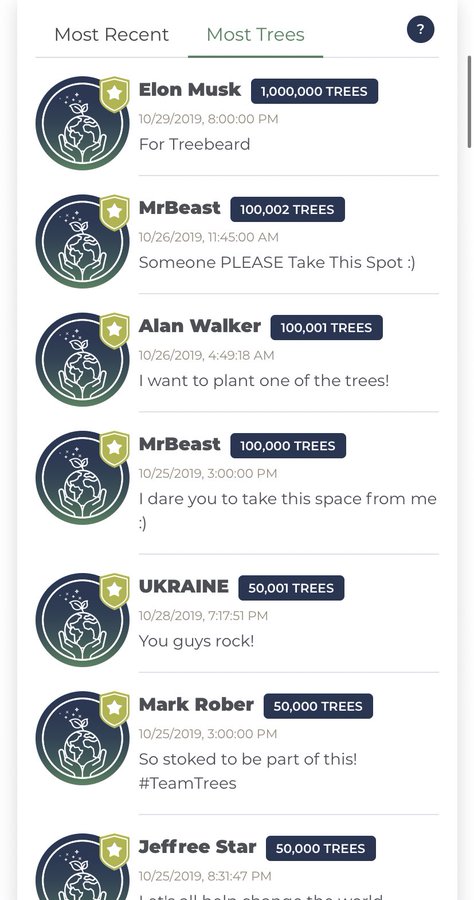 25.5K people are talking about this

Musk also followed through on a previous donation he promised to make on Twitter: one that helped schools in Flint, Michigan install UV water filtration systems for their water fountains after the Flint water crisis.

But Musk’s Twitter use isn’t all positives; he’s now embroiled in a Twitter-related defamation suit. Last year, Musk used his Twitter audience of nearly 30 million to call a British cave diver named Vernon Unsworth “pedo guy,” after Unsworth criticized Musk’s attempts to aid the rescue of a boys soccer team in Thailand that had become trapped in a cave. Musk later told BuzzFeed News that Unsworth was a “child rapist,” adding, “I fucking hope he sues me.” Unsworth filed a defamation suit against Musk, and the trial is now set to begin in Los Angeles on December 3rd.

How does this relate to a relatively benign donation of trees to the Arbor Day Foundation? Well, in a recent court filing, Musk told lawyers representing Unsworth that, despite his massive stock holdings in Tesla and SpaceX, he was financially illiquid, according to The Los Angeles Times. That means his insurer, American International Group Inc., may get involved in any potential court settlement or financial payout as a result of the case. It also means it’s surprising that Musk has the cash on hand to help MrBeast plant all those trees for charity.