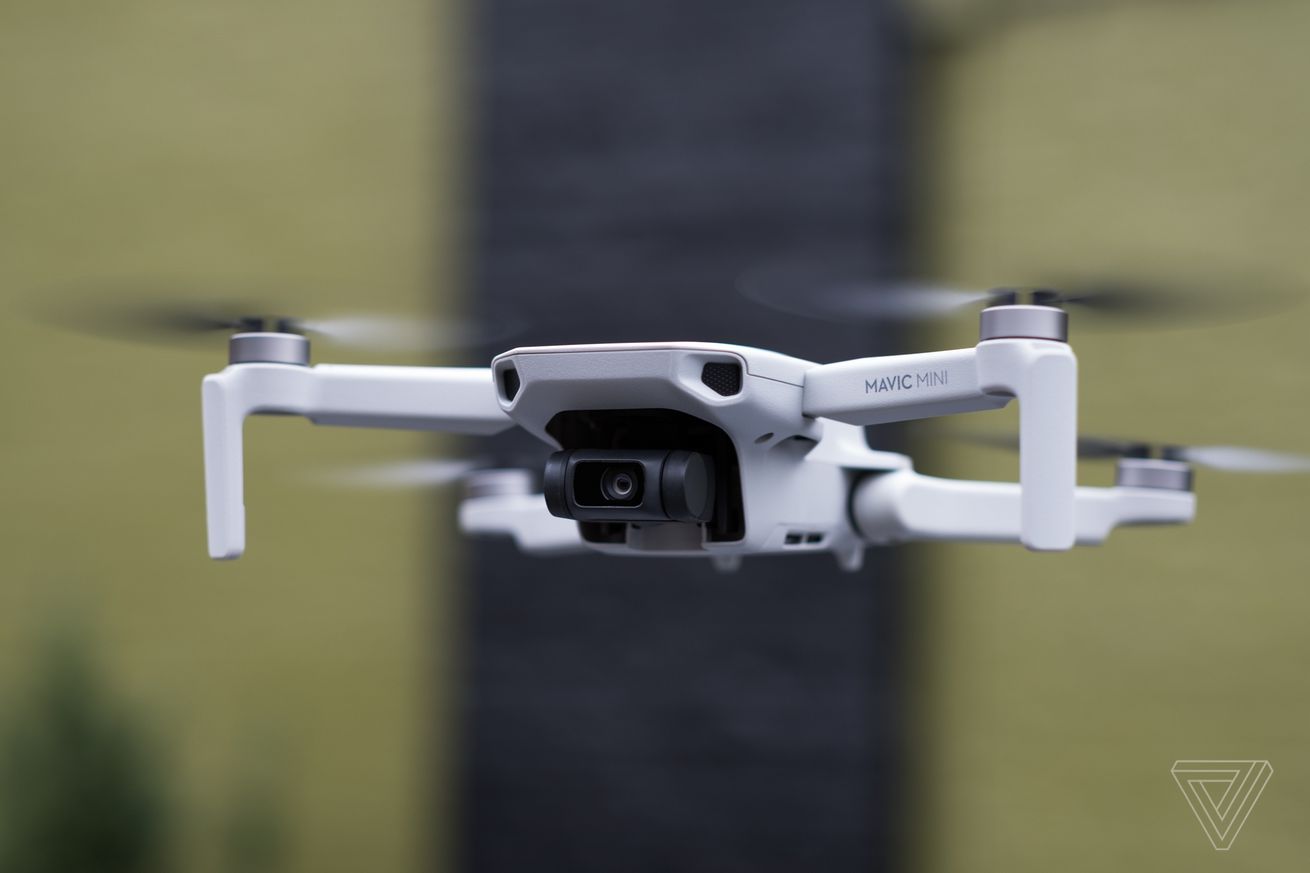 Photography by Sean O’Kane / The Verge

DJI’s newest drone is also the smallest and lightest one the company’s ever made. It’s so small and light, in fact, that buyers won’t have to register it with the Federal Aviation Administration.

The heavily leaked Mavic Mini, as it’s called, was announced on Wednesday morning and is available for preorder now and will ship on November 11th. The drone will be sold for $399 with a remote controller, one battery, and a set of extra propellers, or in one of DJI’s “Fly More” combo packs, which costs $499 and includes propellor guards, three batteries, a battery charging hub, a carrying case, a controller, and three sets of extra propellers.

Despite the relatively low price tag, the Mavic Mini features a lot of the best aspects of DJI’s more expensive (and more capable) drones. It’s basically as small as the 2017 DJI Spark, but the Mavic lineup’s foldable legs make it even more portable. It weighs just 249 grams, which is just one gram under the weight cutoff for FAA registration. (DJI did collaborate with Intel on an even smaller drone in 2018.)

Lots of familiar features in smaller, much lighter package

The Mavic Mini also shares a lot of software features with DJI’s other drones, like creative shooting modes and the ability to automatically return to the takeoff spot (though it uses another new app).

The Mavic Mini, perhaps due to its lightweight design, also doesn’t skimp on battery life. DJI estimates 30 minutes of flight time per battery, though I wasn’t able to really put that to the test during a brief demo.

One of the only trade-offs with the Mavic Mini is that it can’t shoot 4K footage. Otherwise, the Mavic Mini should be a capable tool for photographers and videographers. The drone’s camera uses a 1/2.3-inch sensor that can shoot up to 2.7K footage at 30 frames per second, 1080p footage at up to 60 frames per second, and 12-megapixel photos. Like all of DJI’s other consumer drones (save for the Spark), the camera is stabilized with a three-axis gimbal that should help generate super smooth footage in low-wind conditions.

One other trade-off: the Mavic Mini has fewer sensors than DJI’s other drones, meaning it may be more prone to crashes. Ground-facing sensors will help with low hovering and soft landings, but it’s up to the pilot not to fly the Mavic Mini sideways into a tree, wall, or any other object. (This is one place where, while similar in size, the heavier, more sensor-laden DJI Spark prevails.)

Despite being so light, the Mavic Mini felt stable and precise during a brief test flight earlier this week. Staring down at the iPhone that was connected to the controller, I was able to pull off a few careful, slowly evolving shots that make drone videography look so stunning. It was a still day, though, so we’ll need more time with the Mavic Mini to get a sense of how it handles breezes and outright windy days.

The price point, weight, and ability to dodge FAA registration are sure to make the Mavic Mini look like a very attractive product for both first-time and experienced drone pilots. DJI still warns in the Mavic Mini press release that “drone pilots must always understand and follow local laws and regulations,” and it says its built-in safety features (like altitude limiting) and educational tools will help keep new pilots from flying dangerously. But that, as they say, is still up in the air.