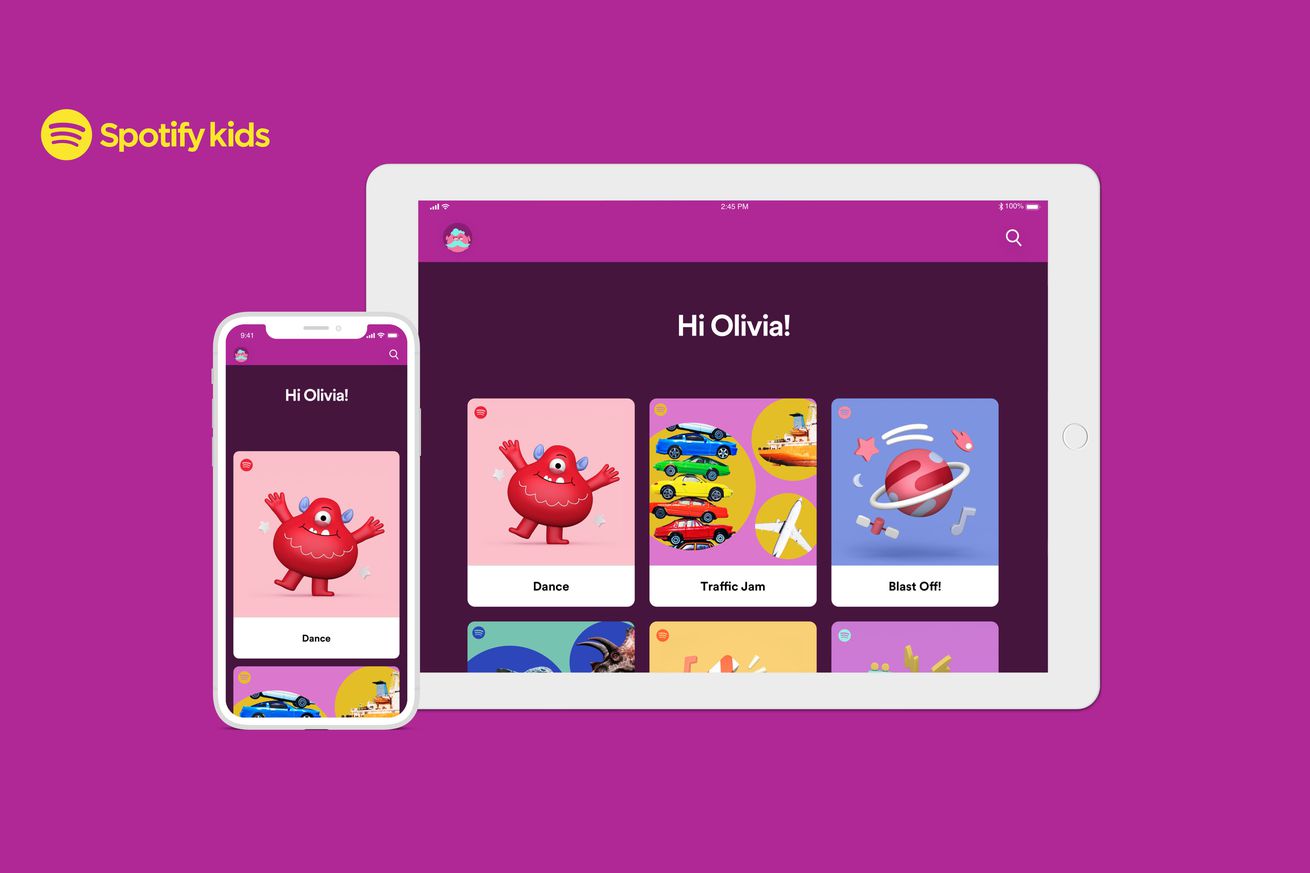 Spotify is launching a new app called Spotify Kids that’s meant to provide a safe space for kids to explore and listen to music — and finally get “Baby Shark” out of their parents’ Discover playlists.

The app, which launches today in Ireland, includes around 6,000 tracks, all of which have been curated by editors at Spotify. For “younger kids,” the app will be limited to things like Disney soundtracks, songs about dinosaurs, and children’s stories. If parents set the app up for an “older kid,” then it will add pop hits from artists like Taylor Swift, Ariana Grande, and Bruno Mars.

Spotify editors are looking at more than whether a song contains foul language when determining if it’s an appropriate fit for this app. References to guns and violence, for example, could be disqualifying, too. Song selections will also change by region, with editors creating different playlists based on what’s popular in each area.

The app requires a Spotify Premium Family subscription, which costs $14.99 per month in the US (or €14.99 per month in Ireland). Partly, that’s because Spotify Kids won’t show ads, which is a feature exclusive to paying listeners. Each kid’s account will count toward one of the six total accounts allowed under the family plan.

Spotify has also created a separate privacy policy that it says is compliant with both GDPR and COPPA, the American online privacy law for kids. It won’t collect location data (region restrictions are based on whatever the parent’s account is set to), and parents can delete data associated with a kid’s account at any time. Spotify only saves data related to what songs a kid is playing and favoriting; it says that data will neither be sold nor shared with third parties for advertising purposes. Spotify may still share that data with third parties for select other purposes, though, like connecting Kids accounts to TVs. What Spotify can share is outlined in the privacy policy.

The app, available on both iOS and Android, looks like a streamlined version of Spotify, stripped back to just a single feed filled with colorful playlists. Kids are meant to poke around at recognizable movie characters and different illustrations that Spotify has made (like a smiling guitar or a bouncing bucket of popcorn) or tap on artists they recognize if they’re old enough. Kids can search if they want to find something specific, though they can’t browse by artist or album. The app is really just meant to be browsed through the curated playlists Spotify has put together. In a particularly cute touch, kids get to choose between one of 12 adorable monster avatars, and the color scheme of the app will change based on what they pick.

Spotify characterizes the initial launch of this app as a beta and says it’ll be rolling out to more markets over time. The company says it’s spent more than two years working on Spotify Kids and that it’s consulted with kids’ content experts along the way. The app is meant for kids between three and 10 years old.

For Spotify, the Kids app could offer a couple of big wins. For one, it makes the Family plan more valuable for parents who might already be considering splitting one between themselves. Beyond that, it’s also an early way to bring kids into the company’s ecosystem. There’s no way to move accounts between Spotify Kids and Spotify proper right now, but once kids are ready to move on from the children’s app, there’s really only one place to go — especially since they’re already on a family plan.

Once it’s available, the app seems likely to be a must-download for parents who already subscribe to Spotify. If you’re planning to let your kid poke around Spotify anyway to listen to Disney soundtracks, Spotify Kids gives them an easier, simpler, and more appropriate place to do that. And even if you don’t care about what they’re listening to, it’ll at least save your Spotify recommendations from being filled with kids’ songs.