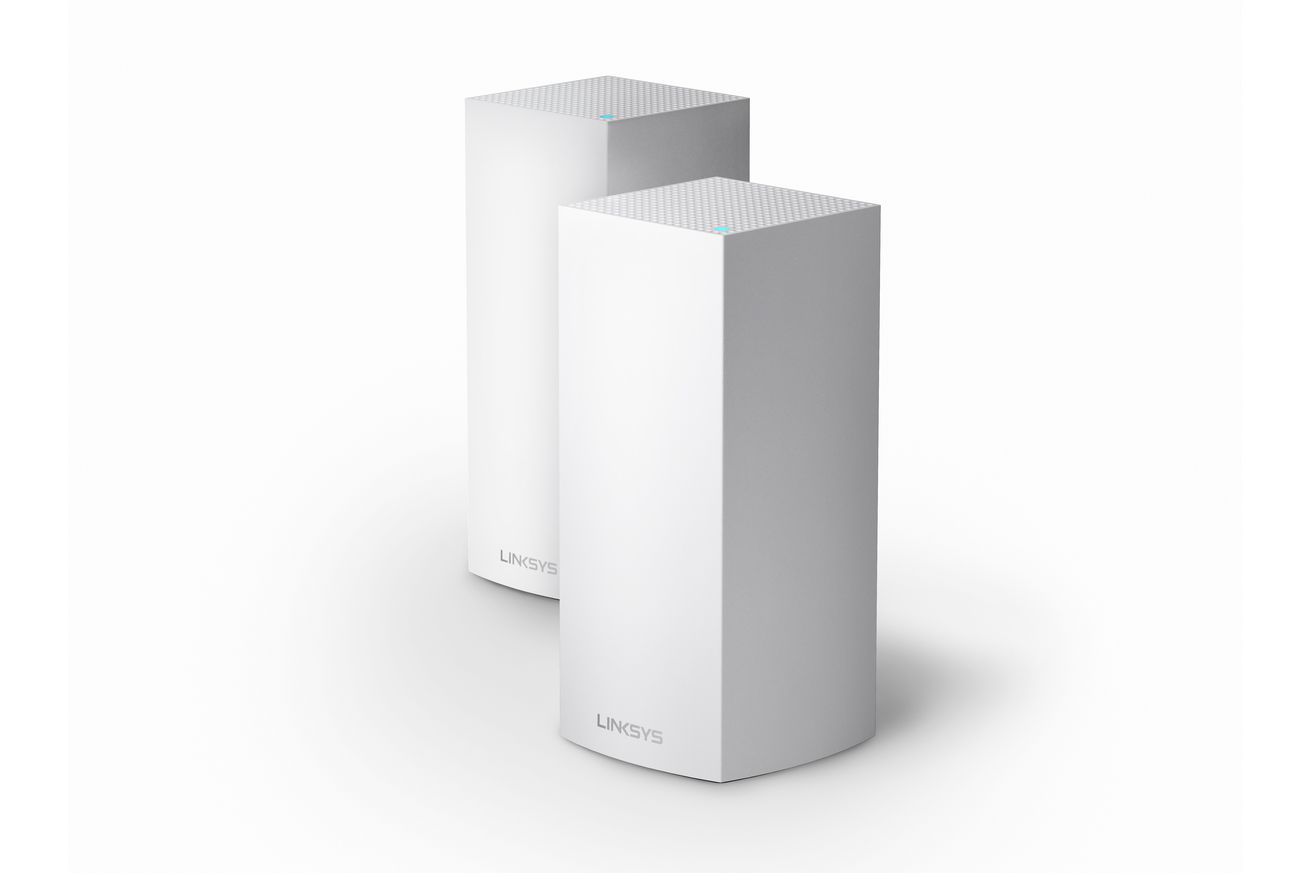 Linksys has announced its first mesh router system with support for Wi-Fi 6, the new Wi-Fi standard that’s optimized for the increasing amounts of internet-connected devices in our homes. The Velop WiFi 6 is available as a standalone router for $399, or you can get a pack of two for $699. Linksys says that each node can cover an area of around 3,000 square feet and that the system should be able to handle connections from over 50 devices simultaneously.

This announcement from Linksys comes a couple of months after its main rival, Netgear, announced a similar Wi-Fi 6 update to its Orbi lineup of mesh routers. Netgear’s version also costs $699 for a two-pack of devices, with the quoted ability to handle connections from over 100 connected devices. However, despite Google and Amazon-owned Eero releasing updates to their mesh lineups in the past couple of months, both of them are restricted to the older 802.11ac (aka Wi-Fi 5) standard.

If you opt for Linksys’ Velop WiFi 6, then you’ll find four Gigabit Ethernet ports on the router (plus one input), along with a USB 3.0 Type-A port that’s designed for network-attached storage. Internally, the routers include a 2.2GHz quad-core processor and offer a maximum theoretical speed of 5.3 Gbps. (Though, as always, your actual speeds are likely to be a lot less.) All told, Linksys says that the system should be four times faster than its previous Velop hardware.

Unless you’ve replaced all of your internet-connected devices recently, it’s unlikely that many of them will be able to take advantage of the new Wi-Fi 6 standard, and you could be better served by one of Linksys’ far cheaper 802.11ac systems, which start at a discounted $199 for a two-pack or $129 for a single router. However, if your devices are excessively up to date or if you’re just interested in future-proofing your home, then the new Linksys Velop WiFi 6 is available to preorder as a one-pack starting today or as a two-pack, which are shipping right now.