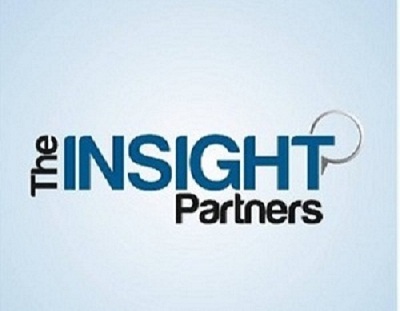 The military tank container market has experienced significant growth and adoption rate in the past few years and is expected to experience notable growth and adoption in years to come. The growth of Military Tank Container Market is the current scenario is attributed to the rapid deployment of military and homeland security troops at various isolated and remote locations for peacekeeping missions and deter different threats. The tank containers are the easiest scope of transportation of fuel, water, perishable food, pharmaceuticals and chemicals at these isolated locations.

In addition, these tank containers are also used for storage of fuel and water and various other commodities. Another major driving force for the growth of the market is the rising demand for modular logistics solutions among the defense forces. The tank containers deployed by the military forces, offers flexibility, scalability, versatility, modularity and inter-modality advantages to the forces. The ISO tank containers are easy and quick to deploy, install and maintain at the point of usage. These advantages help the forces to support their remotely located troops with necessary commodities to operate efficiently. Moreover, the increase in military budget and spending among the defense forces in developing countries is also bolstering the demand for military tank containers. Asia Pacific region in global military tank container market is expected to witness a CAGR growth rate of 5.8% in the coming years.

Get PDF sample copy of this Study: https://www.theinsightpartners.com/sample/TIPTE100000689/

The market initiative and new development was observed as the most adopted strategy in global military tank container market. For instance, in 2018, Krampitz signed an agreement with Norwegian Government to deliver and install an above ground gas station in the mobile containers. This agreement helped the company to establish its footprints in Norway, thereby increasing its customer base. Similarly, Eurotainer SA showcased its complete range of logistics products, technologies and services at Transport Logistic China exhibition from May 16 to 18 2018 in Shanghai. In 2017, WEW launched integrated logistics services to support of tank container system. The company had updated its support services in order to bear the rigidities of multi-modal transport and storage in extremely harsh environmental conditions. Various other military tank container manufacturers are operating in the market, which also focus on different strategic initiative to boost their business as well as market value.

The military tank container market in Asia Pacific is expected to grow at a CAGR of 5.8% during the forecast period 2017 – 2025. The Asia Pacific region is characterized by developing nations looking to stamp their authority over the world by developing powerful military units. China and India are one of the leading nations that has focused on strengthening its military over the years in the APAC region. Setting up arms and armaments manufacturing bases in the country along with enhancing the quality of vehicles used for army support has been long going responsibility of the respective Governments. Apart from this, there have been growing political tensions amongst the neighboring countries like India, China and Pakistan. In order to negate any external threat, the defense departments of all the concerned countries have deployed army troops at their borders. Smoother functioning of army operations at such borders demands for enhanced internal support. The supply of water, fuel, food products and other necessities is realized with the help of military tank containers in such regions.

Key findings of the study:

Access the complete report with Comprehensive table of contents @ https://www.theinsightpartners.com/buy/TIPTE100000689/

About Us:
The Insight Partners is a one stop industry research provider of actionable intelligence. We help our clients in getting solutions to their research requirements through our syndicated and consulting research services. We are a specialist in Technology, Semiconductors, Healthcare, Manufacturing, Automotive and Defense.