Democrats just had a real debate about automation on stage 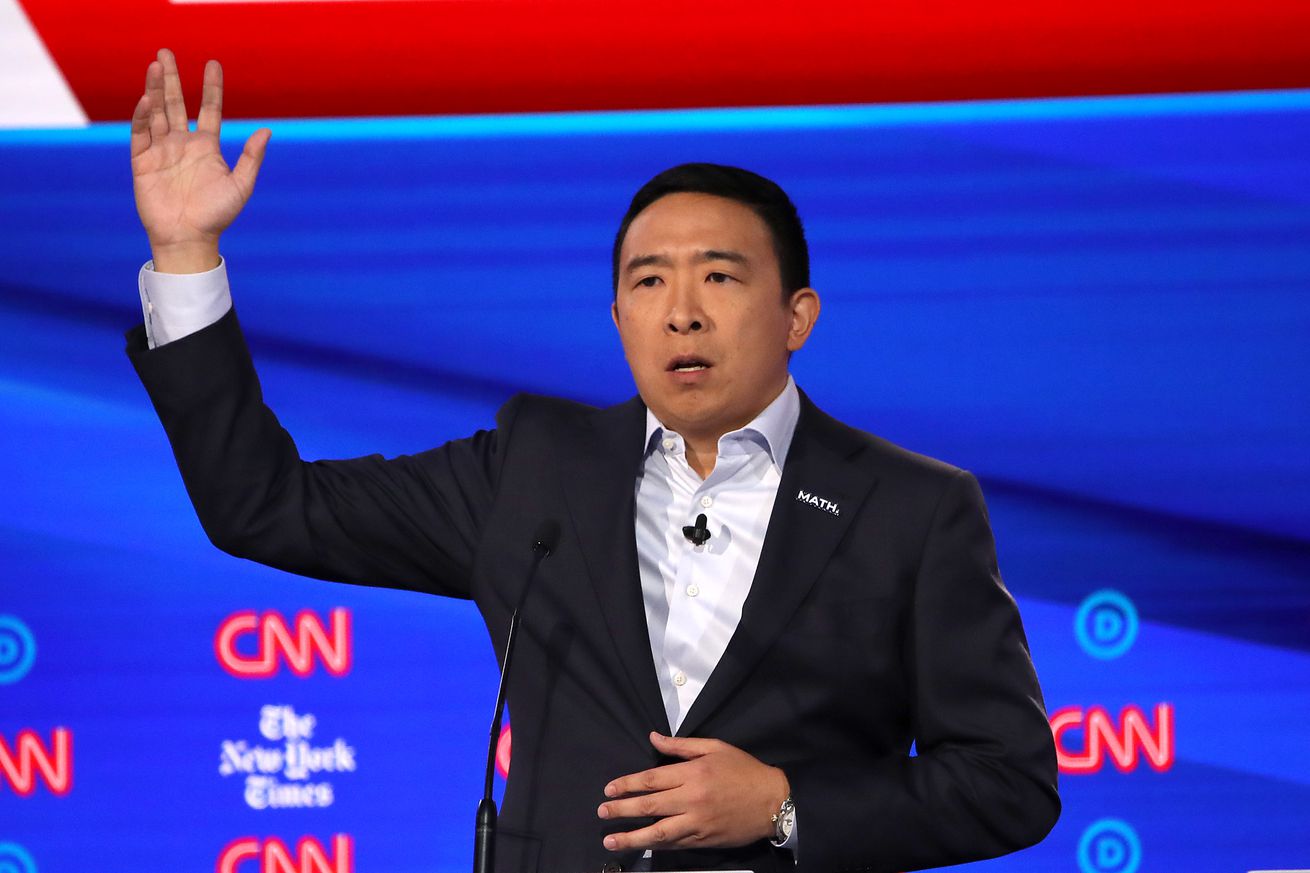 During Tuesday’s 2020 Democratic debate, candidates from Andrew Yang to Elizabeth Warren were forced to address how they would support workers whose jobs are threatened by automation.

Automation is entrepreneur Yang’s pet issue and one that he’s pushed into the mainstream presidential policy discussion over the past few months. His proposed remedy has been a universal basic income (UBI) of $1,000 for each person living in the United States over the age of 18. He’s argued that this monetary guarantee would allow people to spend more time engaging in hobbies or providing a basic level of financial security when the jobs of auto manufacturers or semi truck drivers may be insecure.

“We have a freedom dividend of $1,000 a month. It recognizes the work in our families and communities,” Yang said. “It helps all Americans.”

During the debate, candidates Julían Castro and Tulsi Gabbard said that Yang’s UBI proposal was a good idea, and something they would consider if elected president, stopping short of fully endorsing it.

Other more prominent candidates like Elizabeth Warren argued that beefing up social security would be a more effective plan, making it easier for aging workers to plan for retirement. She also pointed to her bigger policy proposals like one that sets the stage for “accountable capitalism,” and ensures that workers elect at least 40% of corporate board members. Warren said that in doing so, those members would be more obligated to vote in favor of not automating jobs or moving them to other countries like China or Mexico.

Bernie Sanders argued in favor of a federal jobs guarantee, something he’s supported for most of his campaign. Sanders was the only candidate endorsing such a plan on stage Tuesday night. Cory Booker challenged Yang, suggesting that increasing the federal minimum wage to $15 would be a more effective remedy rather than universal basic income.