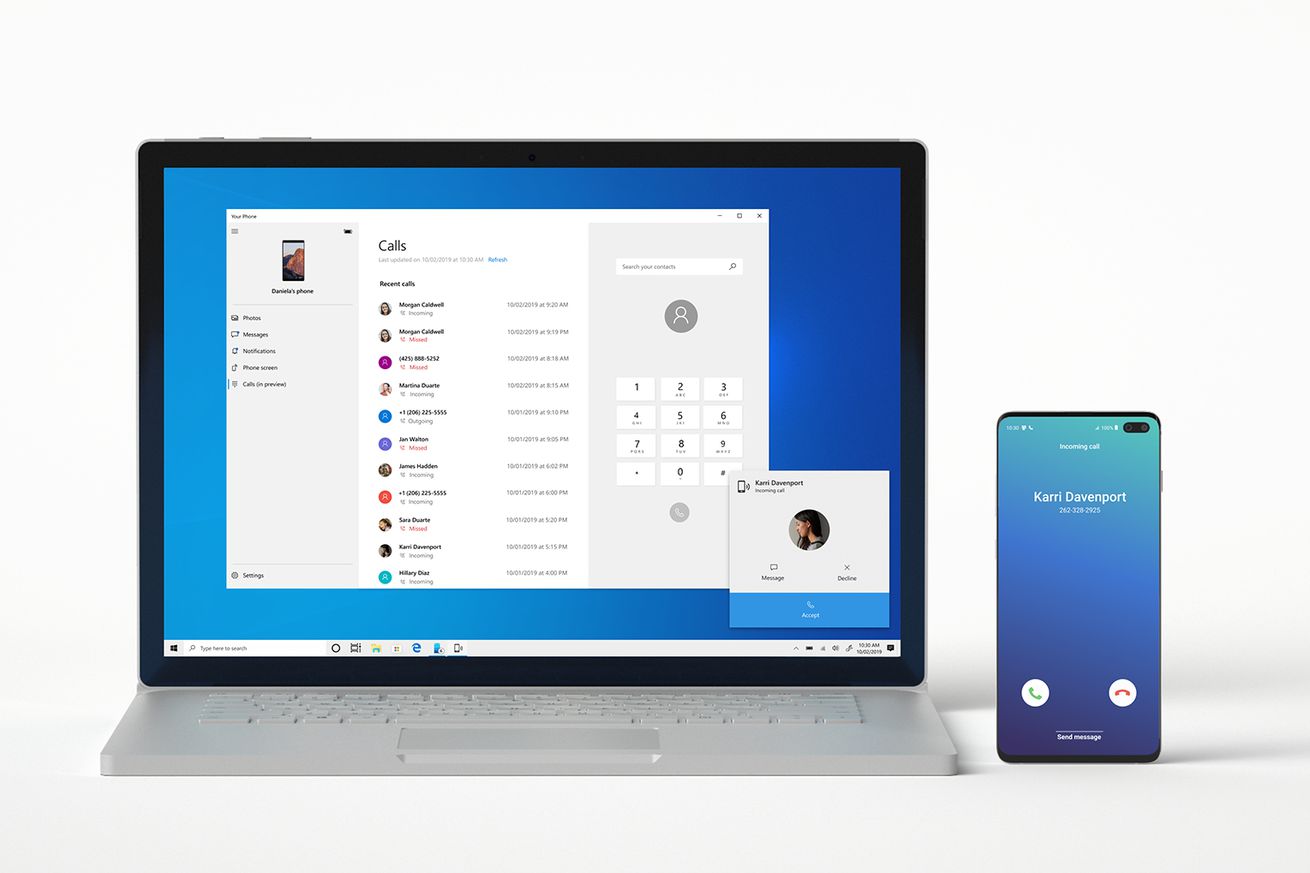 Microsoft announced that its latest preview build 18999 for Insiders (20H1) adds call support to the Your Phone app on Windows 10. Following its update in the summer that rolled out the app’s ability to mirror your phone’s text messages and notifications, this will let you leave your phone in your pocket while you’re on the PC. If you’re not an Insider, you’ll have to wait to try. But all you’ll need is an Android phone (with 7 Nougat or later installed) with the Your Phone app downloaded from the Google Play Store.

According to Microsoft’s blog where it details all of its Insider preview builds, the calls feature will let you do the following:

In order to use the feature, there are a few technical requirements to note. I already mentioned that the feature requires Android 7 Nougat (or higher), but you’ll also need a Windows 10 PC that has Bluetooth support, the 10H1 build, and the Windows 10 build 18362.356.

Microsoft has slowly, but surely been building out its cross-functionality with Android phones, and it’s getting even better with time. Of course, now that the news of its Surface Duo phone that runs on Android is public, it puts a totally different spin on developments like this. Microsoft is sprinting to add features that will give its Android phone a bunch of cool features out of the box. Better yet, it’s offering them all to other compatible phones, too.

Microsoft says this feature will roll out first to Insiders on the 19H2 (or newer) build. As for when everyone else can try it, we’ll keep you updated once we know.