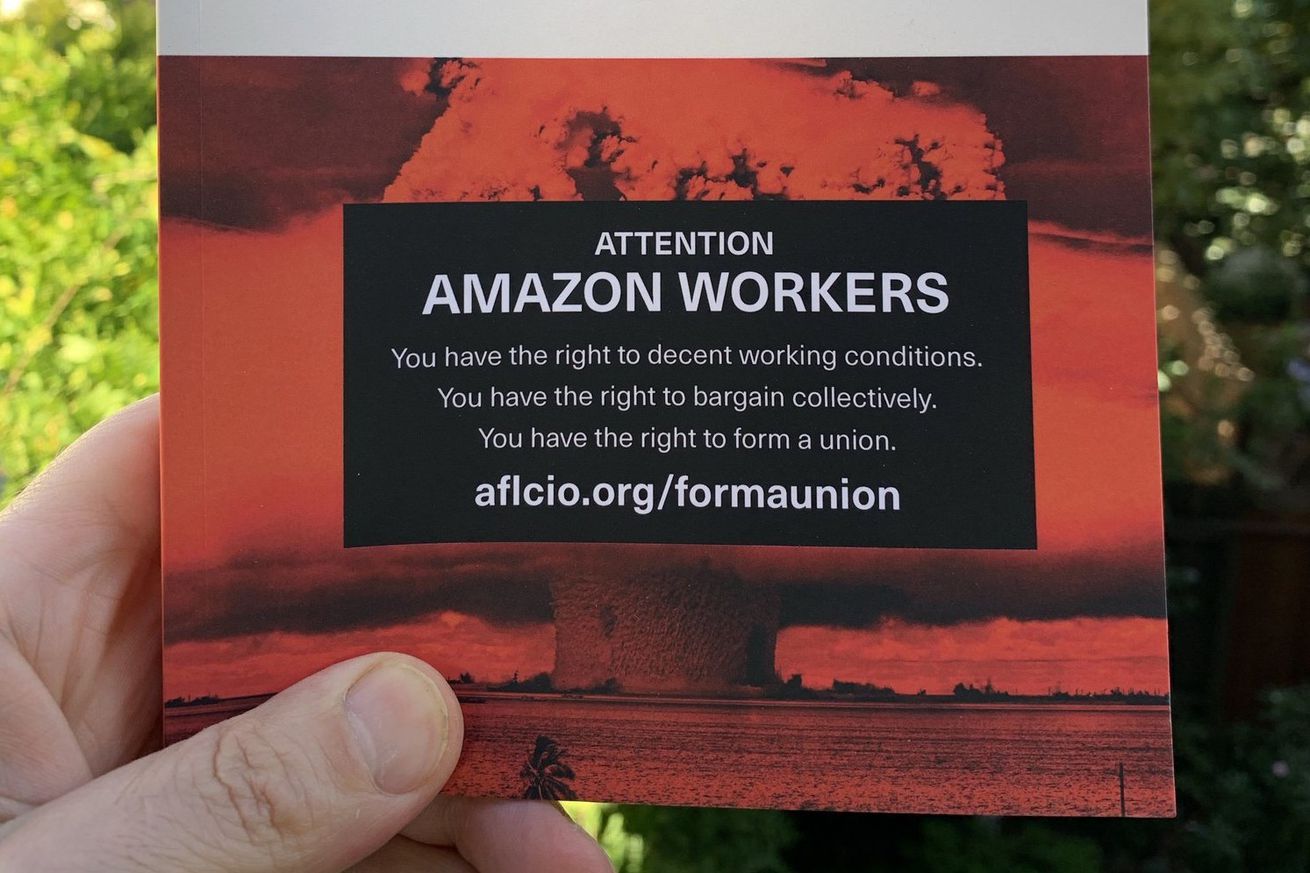 I haven’t read Mike Monteiro’s new book Ruined by Design, so I can’t say whether it’s any good. But I wouldn’t be surprised if it isn’t available at Amazon for all that much longer, now that its cover encourages Amazon workers to form a labor union.

This past Thursday, Monteiro tells The Verge, he realized he could change his self-published book’s cover as easily as uploading a new PDF — and used it to add a new message to Amazon workers they’ll presumably see as they print and package it for delivery.

Every time you buy my book from Amazon, a warehouse worker has to pull it off the shelf. From now on, this is what that worker will see. At least until Amazon shitcans the whole thing. Hurry up. https://www.amazon.com/Ruined-Design-Designers-Destroyed-World/dp/1090532083 … 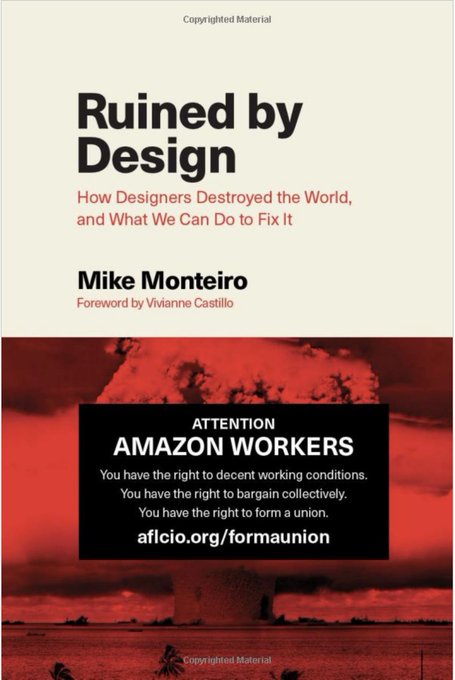 340 people are talking about this

It’s not clear whether the bait-and-switch will actually work; if any Amazon employees have been swayed. While Monteiro says he’s sold over 10,000 copies of the book so far, only 150 paperbacks have been printed since he changed the cover, which isn’t a lot of opportunities for it to catch the right person’s eye.

Monteiro says he was working on some union organizing when he came up with the idea: “We were discussing how to get messages in front of people and I realized ‘Oh, huh. I have this thing that Amazon workers see every time a book gets ordered. Let’s put a message there.’”

Amazon hasn’t contacted him yet, he says — even though the book’s updated cover went through one of Amazon’s QA processes.

We’ve been tracking Amazon worker protests following the news that the company robotically tracks and terminates workers who fail to meet quotas, some of whom skip bathroom breaks just to keep their jobs. You can read some of those stories at the links below.