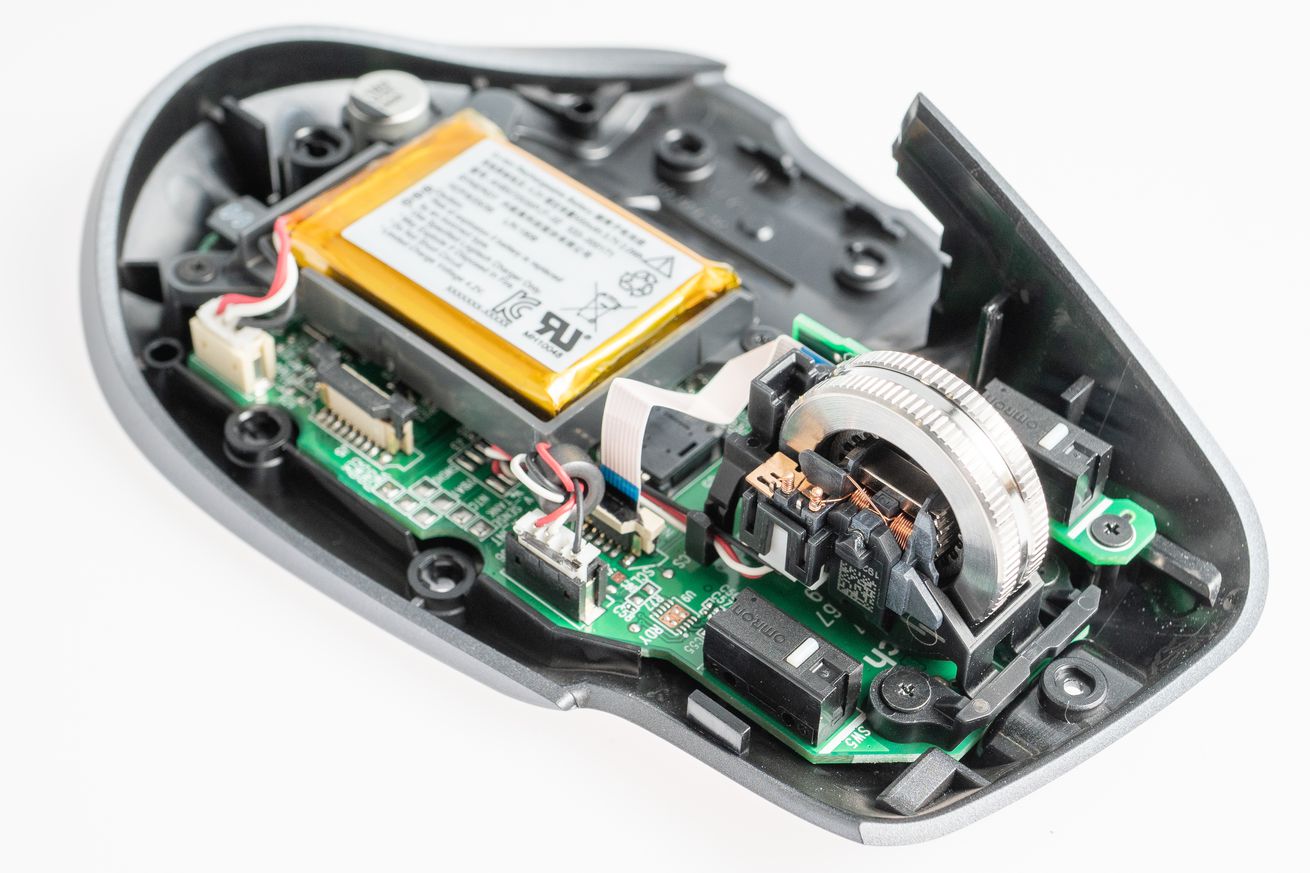 A new teardown of Logitech’s latest mouse offers a fascinating look at the “Magspeed” scroll wheel used in the MX Master 3. The teardown, which was done by the venture capital firm Bolt, also explores the myriad ergonomic and design changes Logitech made to its flagship mouse as the company continues to refine and iterate after 30 years in the business.

The main focus of the teardown is the mouse’s scroll wheel, which Bolt describes as being a “magnetic marvel.” The wheels in MX Master series mice have always been able to switch between a step-by-step ratcheting scroll and free-spinning modes. The difference with its third-generation MX Master mouse is that rather than using a motor and a mechanical contact to achieve this effect, the mouse uses magnets that are energized and de-energized using small spikes of electricity. The scroll wheel then spins differently, depending on the state of the magnet inside.

Bolt says there are numerous benefits to this new method. Since there’s now nothing in mechanical contact with the wheel, there’s less that’s going to wear out over time. The new mouse can also switch very quickly between its two scrolling modes, because there aren’t any mechanical parts that need to move during the transition. Finally, the whole scroll wheel subassembly is much smaller than what can be found inside the MX Master 2S.

As well as examining the scroll wheel in forensic detail, the teardown also looks at the other refinements made with the mouse. These include its newly redesigned thumb buttons, PCBs, and what Bolt calls its “impressive light pipe design.” If you’re interested in product design, then the whole teardown is well worth a read.