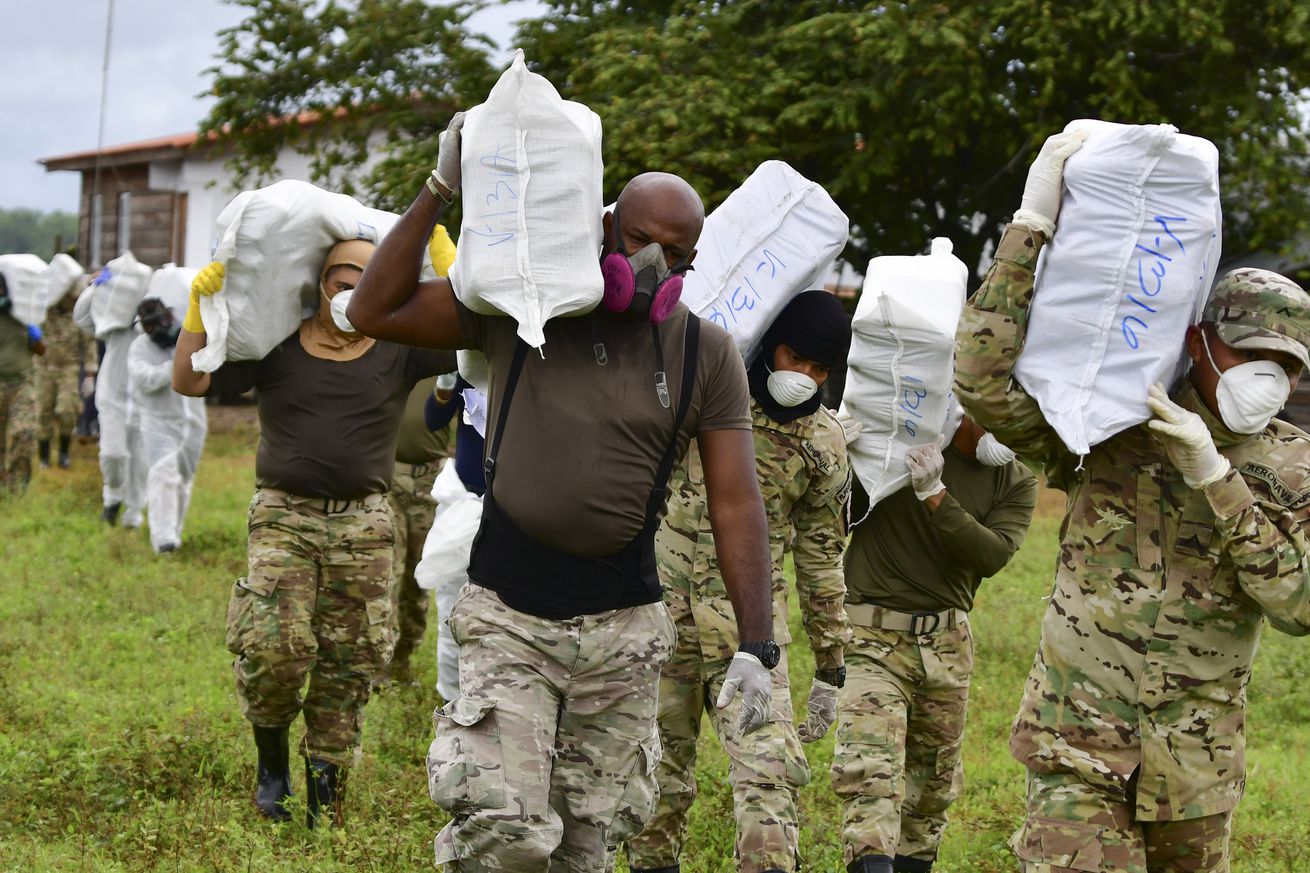 The cocaine trade, and efforts to stop it, are causing $214.6 million in damage every year, new research released today shows. Drug-related deforestation is also driving people out of the region, and making climate change worse.

To move cocaine to its North American consumers, South American drug traffickers cut through Central America. To avoid law enforcement, the traffickers are using increasingly remote routes, including protected national forests. To launder their money, they invest in ranching and agriculture, two businesses notorious for bulldozing and burning forests to make way for livestock and crops. These findings are from three new reports presented in discussions hosted by the government of Costa Rica about how countries can help preserve the environment.

Losing forests in Central America doesn’t just destabilize the region, it comes with worldwide consequences. Forests help capture and store planet-heating carbon dioxide; when they are destroyed by traffickers or by the businesses the traffickers launder their money through, they release that planet-heating gas into the atmosphere. Right now, more than 20 percent of global carbon emissions are from deforestation alone. American money is part of what’s causing the problem, says Bernardo Aguilar-González, executive director of the conservation NGO Fundación Neotrópica and an author on two of the reports. He hopes the research changes the way the world approaches drug policy.

“You cannot do drug control policy and conservation policy separately,” Aguilar-González says. “You have to do them in harmony.”

That’s why the findings are being shared today during international talks on climate change. While researchers have made the link between narcotics and deforestation in the past, researchers say this is one of the first times that cocaine’s specific role in climate change has been articulated. The studies focus on areas in Honduras, Costa Rica, and Guatemala that make up the Mesoamerican Biological Corridor, which faces some of the highest rates of deforestation in the world.

When traffickers tear through forests, they uproot communities

When traffickers tear through forests, they also uproot communities that make their homes there. Experts say the new routes traffickers are taking don’t just send cocaine north, they push people to migrate, too. Traffickers use intimidation and violence to take control of an area, and they often target communities where poverty and political instability make it more difficult for them to fight back against encroachers on their land.

“When I’ve asked community leaders and protected area managers in Central America how drug trafficking impacts their work, they say, ‘Simple, it costs lives,’” says Jennifer Devine, a co-author of two of the studies and an assistant professor at Texas State University. That violence, along with the loss of livelihood for people who depend on local natural resources, becomes one of the drivers for migration, she points out.

To better curb drug trafficking and save forests, the researchers say, governments should protect the people who call these areas home. Forests managed by indigenous tribes and other local communities were less susceptible to land grabs than government-managed state parks, according to a report released today led by researchers at Oregon State University. Protecting the local people protects the local forest — and in turn, protects the entire planet.