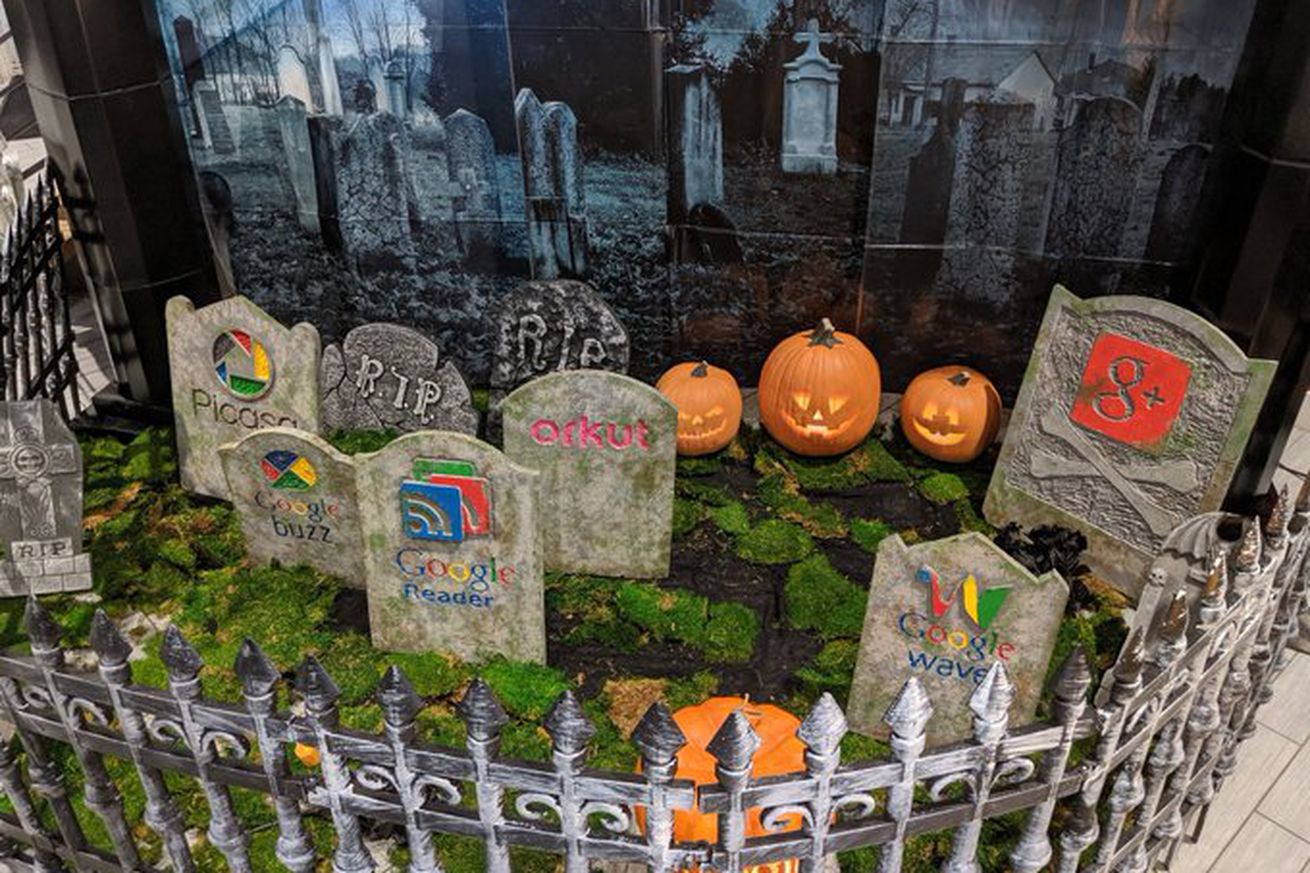 Google Reader has been dead for over six years, and the internet hasn’t been the same since. I still haven’t found a replacement that I enjoy quite as much as my memories of Reader, and I mourn its death every day. But now, we may finally have a place where we can pay respects to the beloved RSS app.

Dana Fried, a Google employee, posted this photo of a graveyard, with headstones for Reader and many other now-dead Google services, which is apparently set up in the main lobby of the company’s Seattle campus in honor of spooky season:

Not sure whether spooky or just sad?

1,028 people are talking about this

There are also gravestones for Picasa, Google Buzz, Orkut, Google Wave, and Google+. I can’t say I care nearly as much about the other headstones here. If I designed this memorial, I would make Google Reader twice the size of any of the others, or maybe I’d build it a New Orleans-style crypt. (I’d also build a full-size pyramid to memorialize Google Inbox. RIP.)

Let’s not forget that this collection of gravestones is only a small fraction of the services Google has killed. If you want to see the full list and wax nostalgic about your favorite defunct Google services, check out the Killed by Google website. (Remember iGoogle? Or the Nexus Q?)

Now, to finally give us all some closure for Google Reader and the simpler times of the internet, take a minute to watch this 2008 video about how to use Google Reader. It’s made using… paper re-creations of the interface. I guess Google didn’t really care about Reader back then, either.