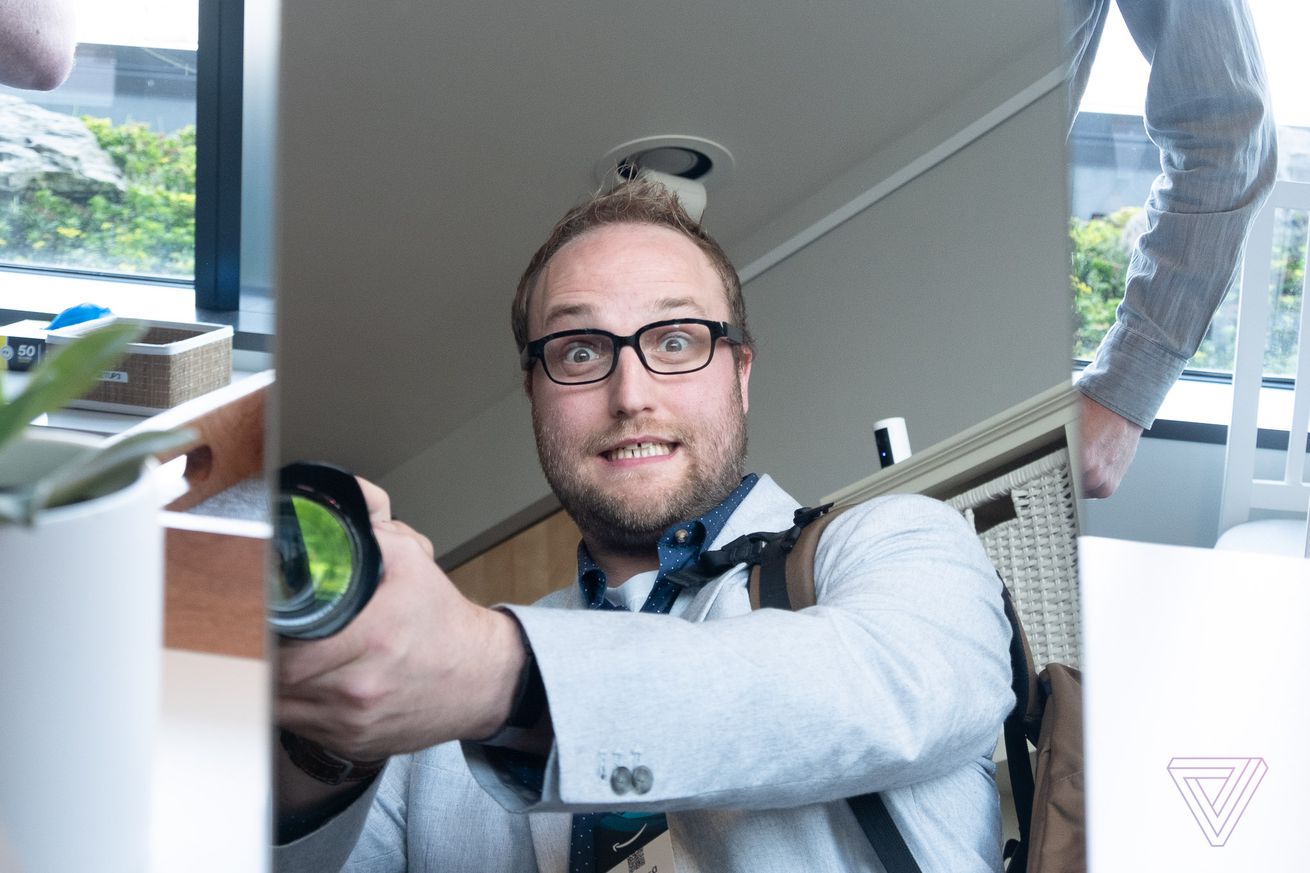 We’ve just gotten some brief time with Amazon’s first smart eyeglasses, the Echo Frames, at the company’s Seattle headquarters. Amazon is positioning the glasses as the ultimate take-Alexa-everywhere product, but it’s also trying to balance that pitch with privacy: there’s a button on the glasses to disable its microphones, and the Echo Frames lack any kind of camera. As the company considers these a “day one” product for tech enthusiasts, they’ll eventually be available on an invitational basis for $179.99. Amazon says customers will be able to get them with prescription lenses or even sunglass lenses.

The Echo Frames are designed to be discreet and to look like your basic pair of thick-framed eyeglasses from straight on. The stems on each side are noticeably very thick, however. Even so, they feel very light and comfortable when on your head. Amazon says the Echo Frames weigh 31 grams. They’re constructed from acetate and feel a little on the flimsy side, however.

The glasses pair with your Android phone and can read out notifications, make phone calls, and play audio, including music and podcasts. You can also ask Alexa for rundowns of your calendar, the news, weather, and the usual things you’ve come to expect. A “VIP” filter will let wearers choose which notifications they want read aloud and which should remain only on their phone for later. However, Amazon notes that iOS is unsupported out this time, leaving out iPhone owners entirely.

The directional speakers (there are two in each temple) were difficult to hear in Amazon’s busy demo area, but came in clear at max volume. For battery life, Amazon estimates 3 hours of audio playback — not great — and 14-hour standby time.

Amazon isn’t positioning the Echo Frames as some preview of future personal tech; they lack any kind of display for visual augmented reality features like those from North’s Focals glasses or Google Glass.