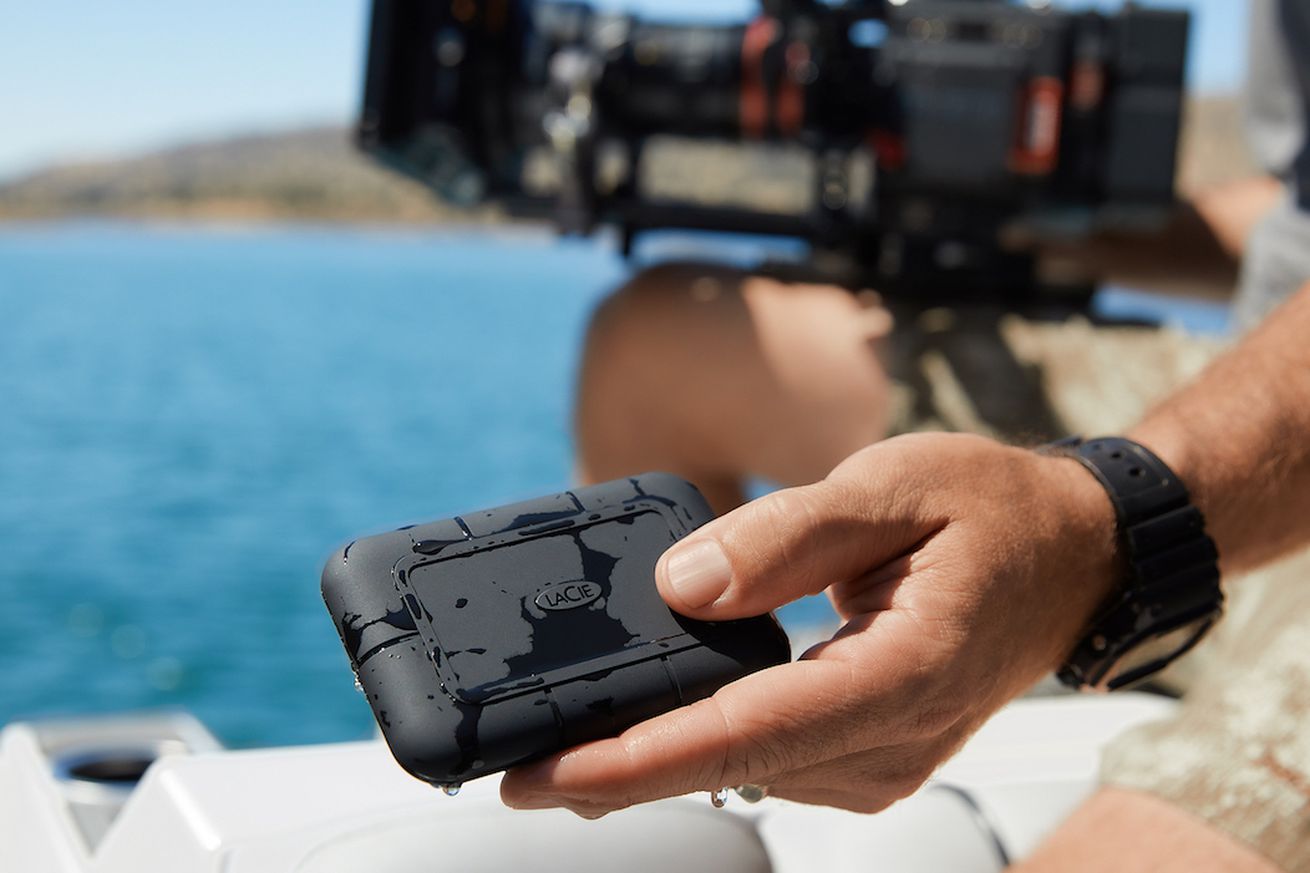 LaCie has a new portable SSD drive that should remove some of the confusion around USB-C connectivity. It’s called the LaCie Rugged SSD Pro and promises compatibility with modern computers featuring Thunderbolt 3 ports with USB-C connectors, and those with non-Thunderbolt 3 USB-C ports. The ports look the same, but they don’t act the same. The Rugged SSD Pro removes all the guesswork.

And because it has “Pro” right in the name you just know that this portable SSD’s gotta be good.

LaCie’s new drive is built around a Seagate FireCuda NVMe SSD with a claimed transfer speed up to 2800 MB/s when connected over Thunderbolt 3. Unfortunately, the company doesn’t list a transfer speed when connecting the drive over plain ol’ USB. It did however announce another drive — the cheaper Rugged SSD — that uses the same FireCuda NVMe SSD but claims a max USB 3.1 Gen 2 speed of just 950 MB/s.

The port magic on the Pro model is enabled by Intel’s JHL7440 Titan Ridge Thunderbolt 3 controller, announced way back in January of 2018. “The LaCie Rugged SSD Pro is the first portable device in the market to feature the latest Thunderbolt 3 technology,” said Intel’s Jason Ziller alongside the drive’s introduction. “The JHL7440 controller enables LaCie to offer industry-leading performance through Thunderbolt 3-based PCs and compatibility with legacy computers.”

Still not clear why this SSD is useful? Well, imagine you’re a filmmaker / creator and you’ve just shot hours of 8K footage which you’ve edited on your new MacBook Pro — a laptop equipped with nothing but Thunderbolt 3 USB-C ports. You arrive at a client site where you want to transfer the footage off your portable SSD to their Surface Book 2 — it has USB-C… but it doesn’t support Thunderbolt 3. No worries if your footage is stored on a Rugged SSD Pro. The LaCie SSD will mount just fine when connected to the USB-C port on the Surface Book 2, whereas other fast Thunderbolt SSD drives won’t.

The Rugged SSD Pro is rated IP67 for dust and water resistance making it dust tight and able to withstand immersion in one meter of water for up to 30 minutes. LaCie says that’s an industry first for Thunderbolt 3 storage. It can also withstand 3-meter drops. The drive lists for $399.99 (1TB) and $699.99 (2TB) and should start shipping next week.

And yes, a Thunderbolt 3 USB-C cable is included in the box. You’ll need to hang onto it at least until USB 4 arrives.