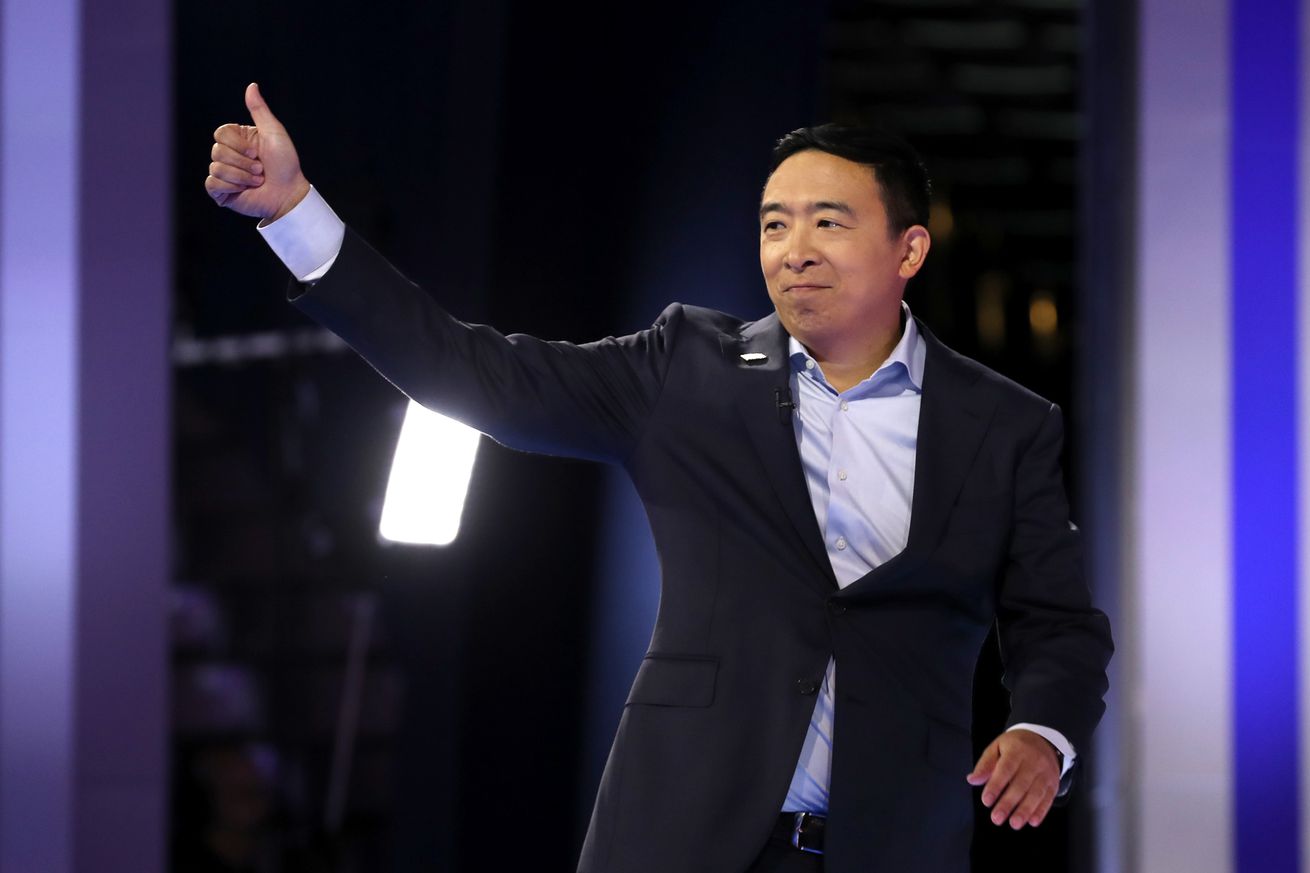 In his opening remarks, Yang announced that he would be giving away $120,000 through the course of the next year as part of a pilot program for his campaign’s key policy plan: universal basic income, or what he refers to as the “Freedom Dividend.”

“In America today, everything revolves around the all-mighty dollar”

“In America today, everything revolves around the all-mighty dollar,” Yang said. “It’s time to trust ourselves more than our politicians. That’s why I’m going to do something unprecedented tonight. My campaign will now give a Freedom Dividend of $1,000 a month for an entire year to 10 American families.”

Yang was a longshot candidate when he first announced his bid for the presidency last year, but after appearing on a number of YouTube shows and popular podcasts he rose to prominence.

Through this strategy, Yang has qualified for every Democratic debate, so it makes sense that he would continue down the path that influencers have paved and announce a giveaway. Giveaways are ubiquitous with internet influencers who look to grow their followings. Beauty bloggers, tech YouTubers, and other kinds of creators will often post photos on their social media accounts featuring iPhones, cameras, or even money, telling their audience that if they follow them elsewhere or share the post, they could possibly receive those items in return.

Creators generally pick winners at random, digging through their comments or likes to find people who engaged with their content. Yang’s giveaway works in a similar manner. In order to enter to win that $1,000 a month, you need to go to Yang’s campaign website and enter your name, email, and zip code on the site’s landing page. Just like how giveaways are a growth hack for creators, Yang’s giveaway is a growth hack for his email list.

By signing up for his mailing list, you enter to win, yes. But Yang will also be able to send you newsletters and other campaign information. It keeps him in your head, theoretically.

But the giveaway does come with a few rules. By entering to win, Yang’s team receives your full “permission to use, royalty-free, the name, hometown, and photographs” of you and your family for their campaign materials. The campaign could also do a background check on those who enter and disqualify people at their discretion. I guess they have influencers beat there.