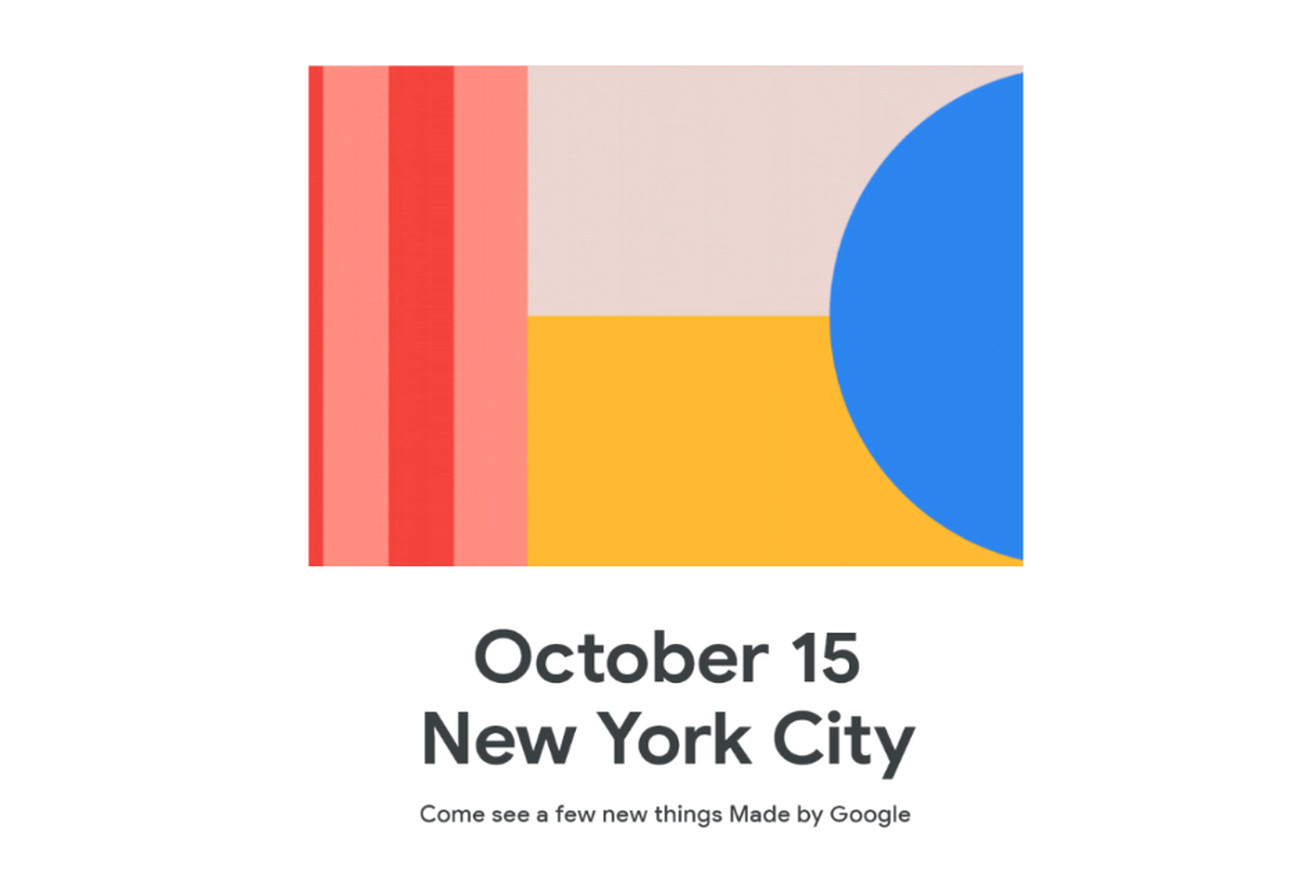 Google has invited media to a hardware event on October 15th in New York City. The company is expected to formally announce the Pixel 4, Pixel 4 XL, and other devices, including a Pixelbook 2 and new Google Home speakers. The invite says “Come see a few new things Made by Google.”

Google made an unusual move among tech companies in June when it confirmed the Pixel 4’s existence months prior to its planned release. We all know it’s coming, so Google decided to offer an early glimpse at the new device’s design. Google has also already revealed that the Pixel 4 will include its own take on Face ID, with an array of sensors that scan a person’s face for secure authentication. The Pixel 4 will also support hand gesture commands that utilize the company’s Project Soli technology.

Those early previews have been followed by a wave of leaks in recent weeks, with early Pixel 4 and Pixel 4 XL devices appearing in hands-on videos and a seemingly endless assortment of photos.

As for other products, Google has said that it’s at work on a sequel to 2017’s Pixelbook laptop after last year’s Pixel Slate tablet failed to deliver on its potential. The misstep led the company to cancel future Google-made tablets and walk away from the category altogether — as a hardware maker, at least.

Google’s 2018 hardware event saw the introduction of the Pixel 3, 3 XL, Pixel Slate, Google Nest Hub, and a refreshed Chromecast streaming device, among other announcements. Google just recently shipped the Nest Hub Max, which has a larger screen than the regular model with a camera for video chat and home security.