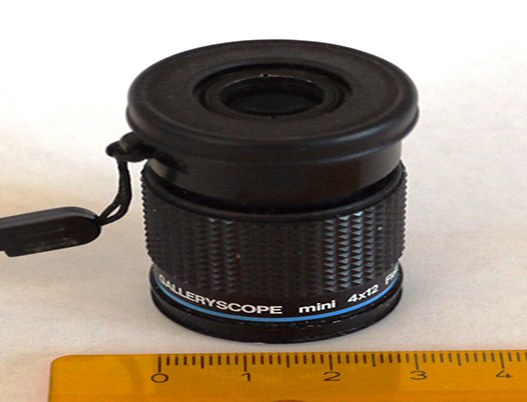 In recent years, turmoil among global economies has resulted in epidemic conflicts being attended by heavy defense investments. As a consequence, the defense sector is modernizing soldier’s equipment in order to gain an upper hand for combat and surveillance operations. Globally, several programs are in the process of developing soldier systems,for example, Soldier of the Future Initiative in the United Sates. This program is focused on equipping personnel by integrating and enhancing existing equipment through new technologies such as night vision devices (NVDs). Continuous developments such as Enhanced Night Vision Goggles (ENVG) focused at integrating wireless technology, lightweight and advanced imaging inside night vision devices are major factors shaping the future of the night vision devices market, and particularly its application in the most profitable military and defense sector.In 2015, BAE Systems unveiled ENVG incorporating infrared imaging and won a five-year U.S Army Night Vision and Electronic Sensors Directorate Contract of $434m. Apart from military and defense applications, the night vision devices market constituting of devices such as goggles, scopes and cameras have found tremendous scope of commercial application in various end-user verticals including automotive, aerospace, security and surveillance.The automotive sector, with developments in intelligent transport system, and modern residential, as well as commercial infrastructures with security mandates, are avid employers of night vision cameras. The global night vision devices market was$18.3 billion in 2018. With opportunities in the market progressing at a global CAGR of 7% during the forecast period, the night vision devices market demand is forecast to be valued at $25.6 billion by 2023.

After an acute analysis of the various end user verticals, the military sector is reckoned to be most rewarding segment in terms of revenue. In 2018, application of night vision devices in the military sector earned revenue worth$6.4 billion. Tracing the developments in the defense sector of several economies towards modernizing of tackle gears and increase in defense budgets, NVDs market stands a fair chance to expand its application in the military segment, with higher revenue. Analysis of major economies with foremost share in global military expenditures:

According to the Stockholm International Peace Research Institute (SIPRI), global military expenditure in 2018 was recorded to be $1.8 trillion, which is an upsurge of 2.6% over the preceding year which saw the expenditure represent 2.1% of the global GDP. The U.S., China, Saudi Arabia, India, and France accounted for 60% of the total global military spending.

2018 was a landmark year for U.S military expenditure as it grew for the first time since 2010 by 4.6%, and was evaluated to be $649 billion. The U.S. is at the apex spot in terms of military expenditure and it alone spent nearly equal to the amount spent by the next eight largest-spending countries collectively. Recent developments by the United States Army in night vision devices technology in cooperation with defense technology vendors-

i. In 2018, under a $97mcontractwith BAE Systems, the U.S. Army placed two orders for weapon sights and thermal night vision goggles under its ENVG III and Family of Weapon Sight-Individual (FWS-I) program.

ii. Another enterprise with rampant technological developments towards the ENVG concept is L-3. In 2018, the company scored a $391mthree-year contract from the U.S. Army Contracting Command to produce and deliver ENVG-binocular (ENVG-B). It is estimated that 10,000 pairs of ENVG-B will be deployed for the U.S army units by 2021.

After the U.S., China is the second-largest economy in terms of military expenditure. In 2018, outlays witnessed an upsurge of 5%, which was evaluated to be $250 billion. Accounting for 14% of global military spending, China has assigned military spending to equate to 1.9% of its GDP every year since 2013. At the same time, India with $67.5 billion of military expenditures in 2018 (+3.1%) secured the fourth spot. Ongoing dispute and international border tension among Asian countries including India, China and Pakistan is a major factor augmenting expenditure and thereby creating demand for night vision devices. Recent developments influencing night vision devices market-

ii. China is the largest producer of rare elements that are critical and used for manufacturing many predominant weapons systems including night vision systems. As China has deliberately dominated the global rare earth market by subsidized prices, driving out competitors, and deterring new market entrants, it has the potential to dictate the global manufacturing market of night vision devices.

Talk to one of our sales representative about the full report by providing your details in the link below:https://www.industryarc.com/support.php?id=1286

Some of the key players operating in the market are Flir System, Inc., Thermoteknix Systems Ltd., Newcon Optik, American Technologies Network Corp., Optix Co, Night Vision Depot Inc., N-Vision Optics LLC., Harris Corporation, Nivysis LLC., and Nightline Inc. Companies are expanding through mergers and acquisitions to gain ground over their competitors. A strong supply chain is imperative for success in this market and thus, companies are collaborating to utilize ground presence and technology of other enterprises. In 2019, Harris Corporation and Elbit Systems Ltd. publicized the validation of a decisive contract under which Elbit Systems of America, LLC (ESA) will acquire Harris’ Night Vision business for $350m in cash.