Cough Remedies Market Gaining Traction Due to the Prevalence of Diseases Such as COPD & T.B 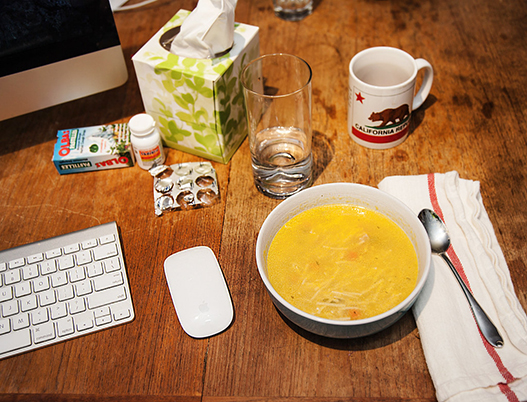 Cough Remedies Market Gaining Traction Due to the Prevalence of Diseases Such as COPD and T.B. While the Global Phenomena of the Increasing Ageing Population and Overwhelming Air Pollution Levels to Create More Opportunities for the Companies, Especially in APAC

According to the World Health Organization (WHO), with influenza leading to respiratory tract infections in 5-15% of the global population each year, as much as 3-5 million people are vulnerable to the subsequent repercussion in the form of cough and cold. The respiratory infections caused by influenza are also attributable to the increasing cough remedies market demand.

APAC Cough Remedies Market and Opportunities for the Companies

APAC had the maximum cough remedies market share with 45% in 2018. While the greater APAC cough remedies market size as compared to other regions can be attributed to the active force in the growing number of people suffering from cough and other diseases with cough as a symptom which is increasing the sales of cough medicines, some passive factors as follows are contributing towards the growth

According to the findings by the Climate and Clean Air Coalition, 92% of APAC’s population or 4 billion people are vulnerable to the ramifications and health risks caused by levels of air pollution. Amidst contaminated air, toxins enter the body and settle in the lungs, thereby resulting in sore throat, cough, tiredness, wheezing, and irritation in eyes and nose. The situation catapults during the winters. For instance, India’s capital Delhi undergoes a sharp deterioration in terms of air pollution during the winter season, and the smog causes respiratory illness and cough to a myriad of people. The growing air pollution in APAC is creating health issues to the residents, which in turn, is creating a demand influx in the cough remedies market.

The global phenomenon of the aging population heavily translates to APAC in which the population is escalating at an unprecedented rate. According to the United Nations Population Fund (UNPF), by 2050, one of four people will be over 60 years old. This growing number of aging people in APAC will have a direct impact on the APAC cough remedies market size because the aging population is more vulnerable to cough and cold. This is quite evident in the Korean Longitudinal Study on Health and Ageing an elderly population study according to which the prevalence of frequent cough, chronic persistent cough, and nocturnal cough was 9.3%, 4.6%, and 7.3% respectively.

The trend of self-diagnosis, care, and medication has taken a promising leap in APAC, and the number of proactive customers who find medical solutions beyond prescription is growing. This has created many growth prospects in the APAC OTC drugs market. The growth of the OTC drugs market has a substantial impact on the cough remedies market. Two types of OTC cough medicines are easily available antitussive and expectorants. People suffering from cough more often than not look for these cough suppressants that don’t need a clinical prescription. Henceforth, there is an augmented demand for OTC cough remedies.

A persistent cough is the most common symptom of tuberculosis (T.B.), which is among the top 10 causes of death worldwide. According to WHO, 10 million fell ill with T.B. in 2017, of which 1.6 million died from the disease. With 10 million people suffering from T.B., the cough remedies market demand witnessed a definite upsurge in 2017.

According to the 2019 report by the United Nations (U.N.) World Population Prospects, 9% of the world population is over 65 years old currently, and the figure is going to witness further growth with 16% of the global population over the age of 65 by the end of 2050. This aging population will be susceptible to a gamut of health conditions, and amongst them, cold and cough are the most common ones. According to the cough remedies market forecast, the aging population will pave many opportunities for the companies that supply cough medicines and drugs.

Moreover, prescription cough medicine that contains codeine or hydrocodone is not recommended for children younger than 18 years old. While this has been posing as a cough remedies market challenge, the companies are strategizing to sustain their position and let not the regulations affect their revenues. For instance, Johnson and Johnson acquired Zarbee’s Naturals in July 2018. While this acquisition was majorly executed to venture into the herbal supplements market, it will help the organization position itself in the children cough remedies market as Zarbee’ Natural is prominently known as a drug-free cough syrup brand for children.

According to WHO, in 2016, 251 million people were suffering from COPD.

Furthermore, the latest fatality data suggests that 3.17 million deaths were caused due to COPD in 2015. COPD is attributable to lung-related problems and chronic cough and mucus. These people take a dosage of cough medicines regularly. Air pollution, smoke, unhealthy diet, and physical inactivity are reasons of COPD, and the contemporary lifestyle and the overwhelming pollution levels are making more number of people vulnerable to the disease which is creating the cough remedies market scope for the companies.

Nowadays, antibiotics are avoided, and honey is prevalently used as a cough syrup for an instant cure of acute cough. Honey is specifically effective in reducing acute cough that happens because of upper respiratory tract infections. Furthermore, antibiotics are sometimes ineffective for viral infections and can cause side effects. So, the trend of consuming honey to alleviate acute cough is growing, and it is disrupting the cough remedies market.

Talk to one of our sales representative about the full report by providing your details in the link below:https://www.industryarc.com/support.php?id=501866

To view the original version on The Express Wire visit Cough Remedies Market Gaining Traction Due to the Prevalence of Diseases Such as COPD & T.B