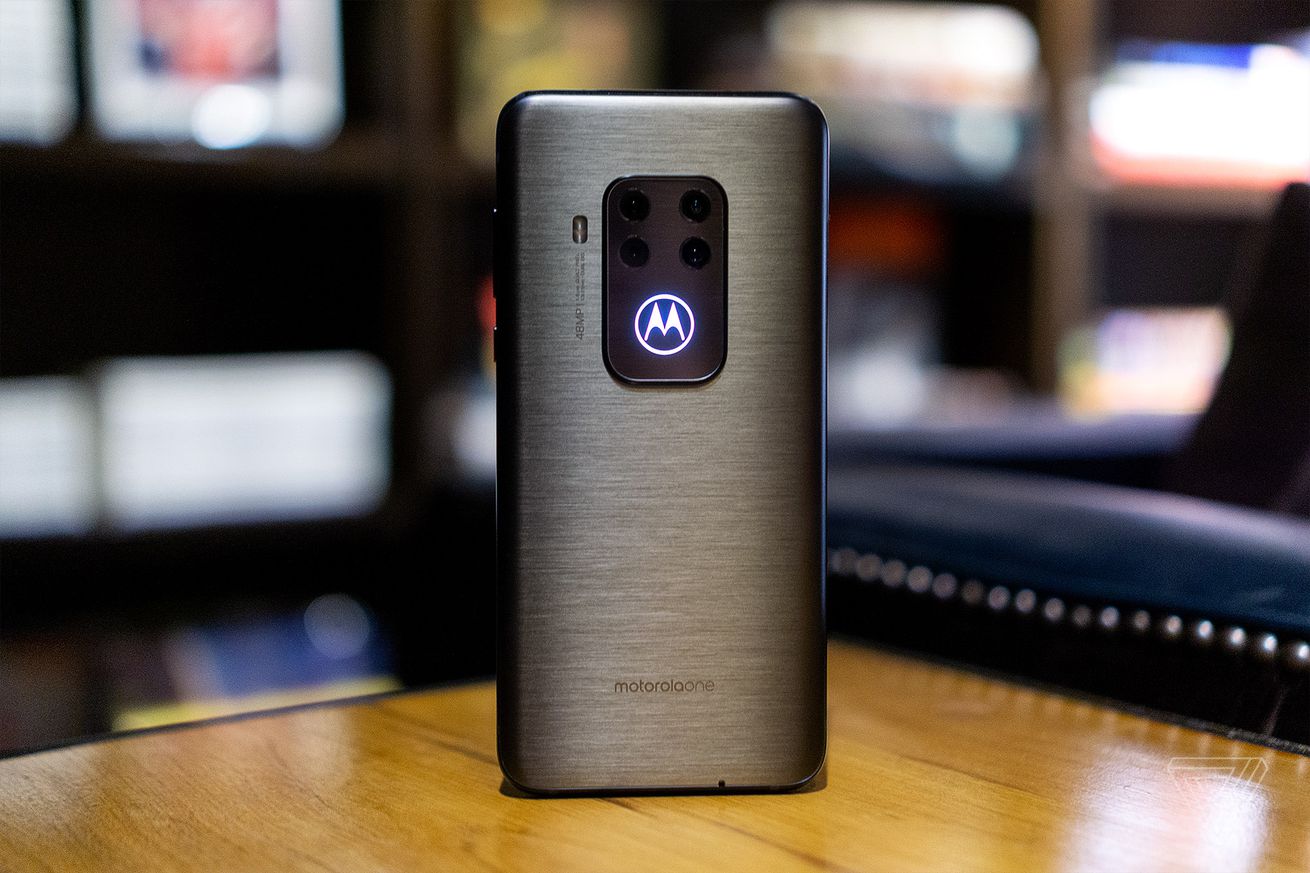 Motorola has a second new phone for its One series, which it announced at IFA 2019: the Motorola One Zoom. It offers four rear cameras (including a 3x zoom lens that gives the phone its name), while still hitting a fairly affordable $449.99 price point.

The standout feature here is obviously the camera system, which, as mentioned, has a total of four lenses: a main camera with a 48-megapixel sensor (which shoots quad-pixel 12-megapixel stills and offers OIS), an 8-megapixel telephoto lens with 3x optical zoom and OIS, a 16-megapixel ultra wide with a 117-degree field of view, and a 5-megapixel depth sensor for portrait mode shots. That’s in addition to the front-facing camera, which offers a 25-megapixel lens in a teardrop notch. While it’s not the first phone to offer four rear cameras, it is one of the cheapest yet.

In what might be my favorite touch, the rear Motorola icon has been repurposed from serving as a fingerprint sensor (which, again, is now in the display) to a glowing LED notification light for when your phone is facedown. It’s like Apple’s (sadly defunct) glowing MacBook logo, if it was also useful.

All that adds up to a fairly decent deal for a midrange device like this. And while we’ll have to see how things like the camera array hold up in the real world, at $449, it’s an interesting value proposition compared to phones like the $499 Moto Z4 or even Google’s $399 Pixel 3A.