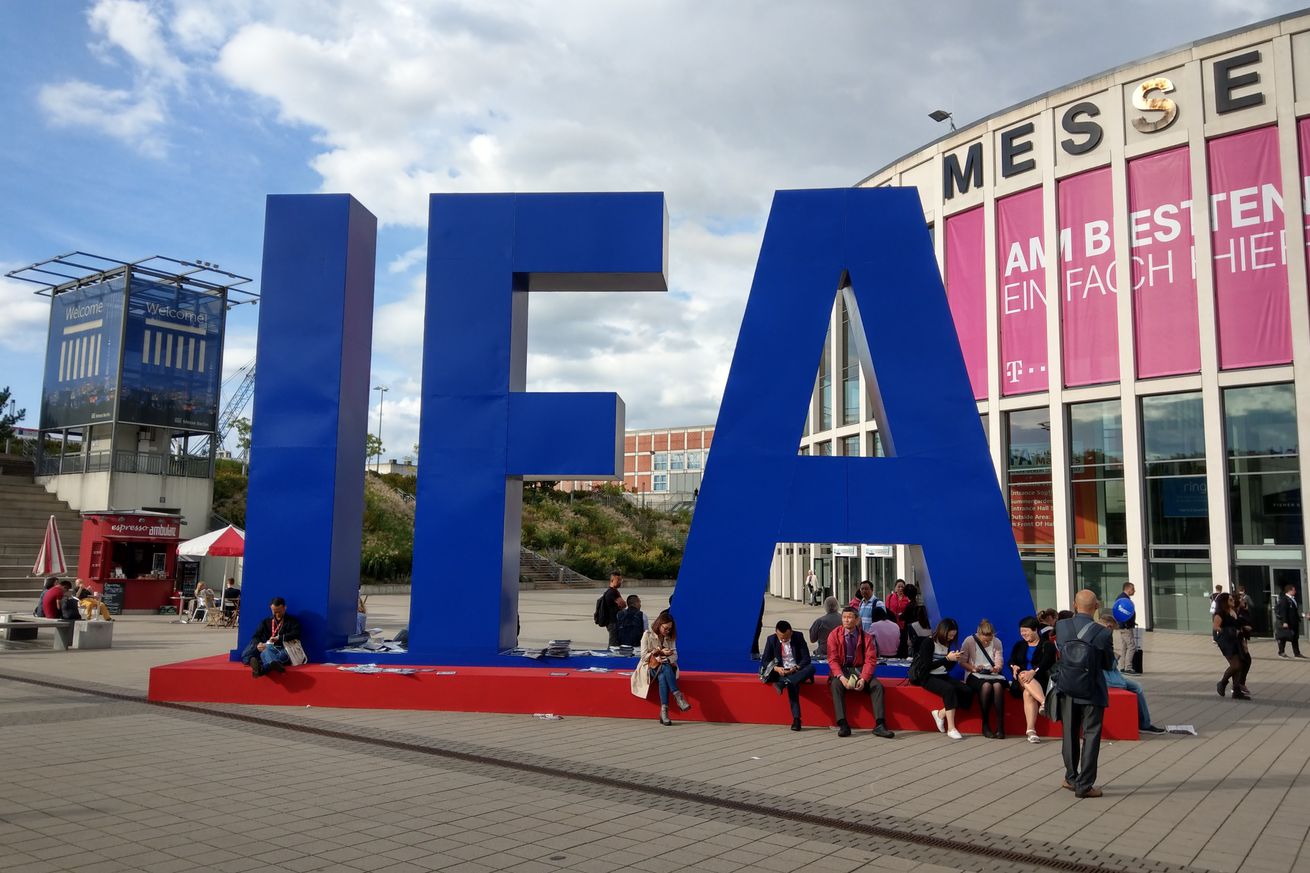 Photo by Vlad Savov / The Verge

While Barcelona’s Mobile World Congress holds the crown as the biggest mobile show, it’s Berlin’s IFA that’s Europe’s biggest tech show overall. However, much like CES, its broad focus can make it hard to predict what we’ll see from one year to the next. Some years the show seems to be just as dominated by phones as MWC, but other years wearables or TV announcements often emerge to steal the show.

This year is no different. While certain companies (we’re looking at you LG) can’t resist heavily teasing or outright pre-announcing the products they’ll be showing at the conference, others are holding their cards close to their chests. So while we know that the likes of Sony, Huawei, HMD, and Samsung are all holding press conferences at IFA, the only details we have about what they might be prepared to announce come from unofficial leaks, rumors, and any educated guesses we can make based on their past IFA announcements.

It might not be a particularly mobile-focused show, but IFA always tends to play host to a handful of phone launches, and this year looks to be no different.

LG appears to be leading the pack this year with its mobile announcements, already treading the fine line between teasing a device and straight up announcing it ahead of time. The biggest of these seems to be a new phone or accessory featuring multiple screens, similar to the second screen accessory that the company showed off for the LG V50 ThinQ earlier this year. Alongside this new accessory, there are also rumors that LG could announce the LG G8X, its first handset with an in-display fingerprint sensor. Finally, the company has also confirmed that it will have a pair of new mid-range handsets, the K50S and K40S, on display at the show.

Honor is also holding a press conference at the show this year. The Huawei sub-brand has been less forthcoming with its teases than LG, but after having released the Honor 9X and 9X Pro in China so recently, there’s speculation that the company could announce a western launch for either one or both of the handsets. For reference, the Honor 8X came to Europe in October last year, around a month after its release in China.

HMD’s press conference for its Nokia-branded smartphones will almost certainly see the appearance of at least one new device. Don’t expect another flagship like the Nokia 9 PureView announced earlier this year at MWC, but a report fromPhoneArena suggests that we could see as many as three mid-range devices — namely the Nokia 5.2, 6.2, and 7.2 — announced at the show.

Could Samsung steal the show with a Galaxy Fold release date announcement?

In terms of phone rumors, this is where the details start to get a little more fuzzy. Sony could well announce a successor to the Xperia 1, a flagship released earlier this year, since it announced the XZ3 as a successor to the XZ2 at last year’s show, following the same cadence. TCL is also due to hold a press conference where it’s promising to show off its first TCL-branded smartphone as well as deliver an update on the foldable devices it first showed off back at MWC, and it’s getting hard to ignore the rumors swirling around some potential new additions to Motorola’s One series of phones. Despite not being expected to launch the latest in its lineup of Mate devices until later in September, we’d also be surprised if we didn’t get a small mobile update from Huawei, if only to attempt to quell renewed fears about the future of its smartphones.

Finally, despite having announced its latest flagship just last month, there’s a decent chance that Samsung might steal the show with a Galaxy Fold announcement. The South Korean electronics giant has a press conference scheduled for September 5th, and a recent report has suggested that it might release the device just a day later, on September 6th. It’s a pretty optimistic launch date, but after the Galaxy Fold’s disastrous original launch, Samsung could use the good PR.

Sonos doesn’t have a presence at IFA itself, but in years past the company has timed its announcements to coincide with the show. Last year, for example, it announced the Sonos Amp, a connected device designed to power your existing passive speakers, in the run up to IFA 2018. This year, there are reports of it holding press events around the time of the show, suggesting the company may have an announcement or two in store, and there have already been a number of leaks about a Bluetooth speaker.

Alongside its mobile announcements, Sony also tends to reserve an audio announcement or two for IFA. Two years ago it announced its first pair of true wireless earbuds, the WF-1000X, and last year it updated its over-ear lineup with the WH-1000XM3. Having released a new pair of true wireless earbuds (the WF-1000XM3, but we don’t blame you if you’re not keeping up with these product names) earlier this year, we don’t think Sony is ready just yet to announce a direct successor, so instead maybe a sports-focussed pair of earbuds, like the WF-SP700N it announced just a few short months after the WF-1000X, could be in the cards.

It also wouldn’t be IFA without a couple of TV announcements. Although most manufacturers tend to reveal the bulk of their TV lineups each year at CES in January, IFA has played host to a few TV announcements in the past, like last year when Samsung and LG used it to announce their first first 8K TVs. With TCL and TP-Vision’s Philips both due to hold press conferences at the show, we’d be surprised if we didn’t see at least one new set get announced, even if there’s a small risk Samsung will just stick to its smart refrigerators.

Most laptop and computer component manufacturers tend to save their biggest announcements for Computex. However, some manufacturers have used past IFA shows to announce new additions to their laptop lineups. Last year these included Acer, Asus, Dell, and Lenovo, and we wouldn’t be surprised if some of them had at least a spec-bump in store for their devices this year.

Acer is a particularly interesting entry on this list, because last year it unveiled the ridiculous Predator Thronos gaming chair and its almost-ridiculous 2-in-1 convertible gaming laptop. Neither of them are the kinds of products we’d actually recommend that anyone buy, but they’re the kinds of announcements that make for a great show.

Outside of laptop manufacturers, Intel and Qualcomm will also have a presence at this year’s IFA, so expect them to have something to say about their lineup of chips.

Given the number of announcements and releases we’ve seen in recent weeks, it’s hard to imagine that many wearables manufacturers will have anything big left to reveal at IFA this year. Just last week, Garmin announced its new Fenix GPS sport watches and Fitbit announced its Versa 2, and earlier in the month we also saw new smartwatch announcements from Samsung and Fossil.

Still, given that Honor announced the Band 5 in China recently, there’s a possibility that the company could use IFA 2019 to announce a western release. Honor’s parent company, Huawei, has also just unveiled its new operating system HarmonyOS, which it’s indicated could power a future wearables. We’d be surprised if it had one of these ready for IFA, however. Finally, Wareable notesthat Fossil is expected to release a new batch of hybrid smartwatches before the end of the year, and IFA would provide the perfect opportunity for an announcement.