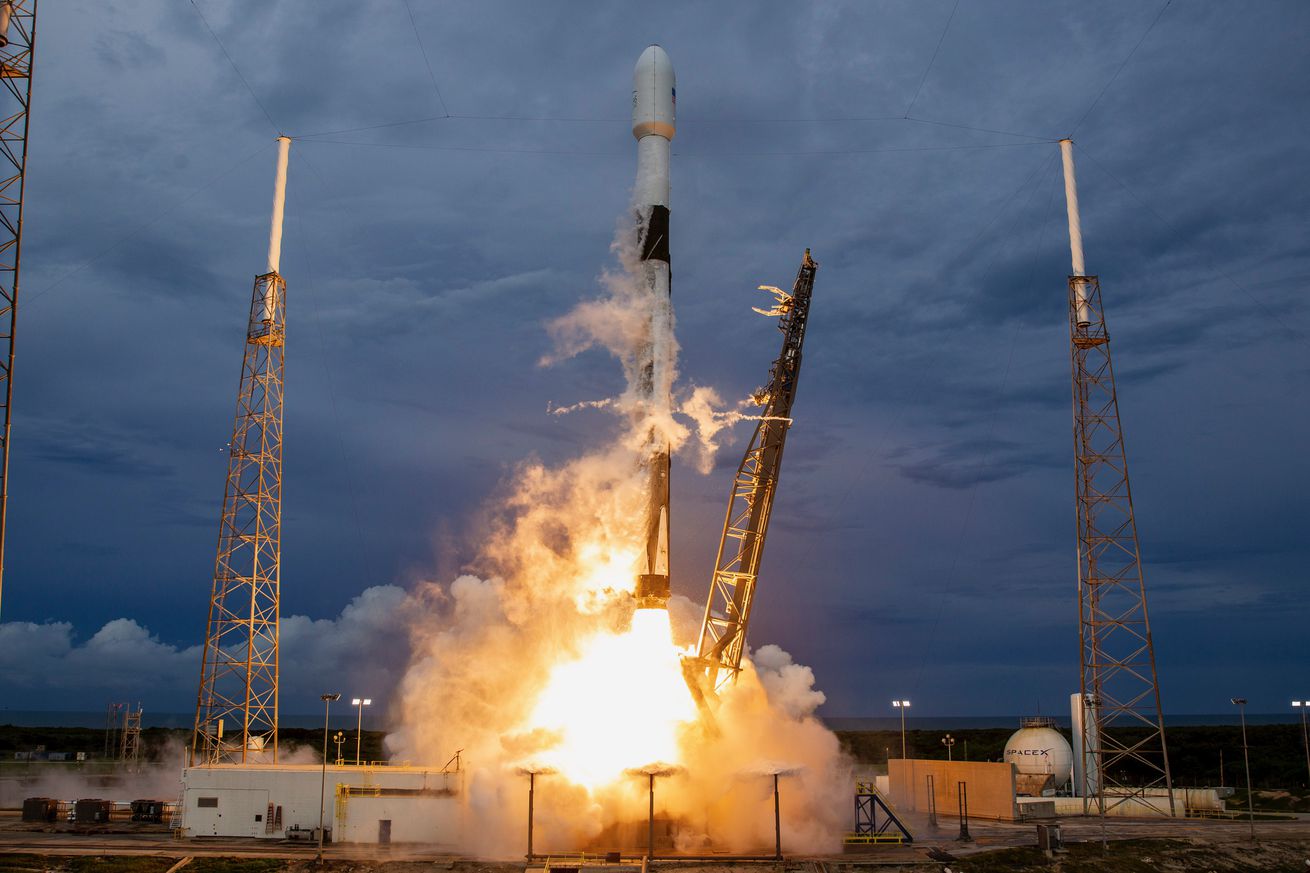 To address the rapid growth of the commercial space industry, the Trump administration has vowed to streamline the licensing process for rocket launches. But as the government has taken steps to fulfill this task, some in the commercial space industry are crying foul, arguing that the administration is poised to make changes that may make regulations more demanding than they were before.

To launch a rocket, companies must get a series of licenses, including one from the Federal Aviation Administration. The FAA doesn’t have any say over what a company is launching, but it deems a rocket safe to the uninvolved public and property. Currently, companies must go through a series of steps to get this license. But in February 2018, Trump’s National Space Council proposed making this process easier and more efficient after hearing input from the commercial space industry.

That’s because the private space world is seeing a growth spurt. Just a decade ago, the FAA was only approving a handful of non-government launches a year. For 2019, the agency expects to issue 31 rocket licenses for vehicles going to space and returning from space, such as cargo capsules that docked with the International Space Station. The FAA estimates that its workload has gone up by 1,000 percent, according to Wayne Monteith, the FAA’s associate administrator for commercial space transportation. Monteith says the agency is “working diligently to keep pace with that growth.”

“we walked away saying, ‘this is no better than what we had.’ In fact, I think it’s worse.”

To meet the administration’s goal of streamlining paperwork, the FAA came up with a newly proposed method for launch licensing. Since April 15th, the FAA sought insight from the public and the commercial space industry to get their thoughts on the proposed changes. But members of the Commercial Spaceflight Federation (CSF), a nonprofit that represents various companies within the private space industry, says that the new licensing rules would actually increase the amount of prescriptive regulations that companies would have to follow to go to space.

CSF representatives note the irony of the situation since the organization and its companies were the ones to ask for changes in the first place. Its members even made recommendations for how to update the rules. “The FAA took them, and they went and started formulating,” Eric Stallmer, president of CSF, tells The Verge. “And it came back, and we read it, and we tried to digest it. And then we walked away saying, ‘This is no better than what we had.’ In fact, I think it’s worse. It doesn’t answer the mail at all.”

One aspect of the current launch licensing regime that’s been frustrating companies is the inability to transfer a license from one spaceport to another. If a company successfully flew a vehicle from Cape Canaveral, Florida, it would have to go through the entire launch licensing process again to launch the same rocket out of Vandenberg Air Force Base in California. “You know the government’s figured out how to honor driver’s licenses across state lines,” Vice President Mike Pence said during the second meeting of the National Space Council in February 2018. “There’s no reason we can’t do the same for rockets.” Additionally, different types of launch vehicles — from expendable ones to rockets that are saved after each launch — have different requirements, and the industry wanted more general rules that covered as many vehicles as possible.

“It doesn’t provide any greater safety measure mechanisms than what the companies are already using.”

Ultimately, the FAA’s new rules do away with these issues. They allow licenses to transfer from one spaceport to another, and the rules are meant to be applied more broadly to all types of vehicles that go to space. But there are a few requirements that the FAA has added in that aren’t sitting well with CSF. One revolves around new flight software requirements that rockets would have to adhere to. CSF argues that these changes would dictate exactly how companies would have to design their software and test it in order to fly.

“It doesn’t provide any greater safety measure mechanisms than what the companies are already using,” Stallmer argues. “And again, it’s very prescriptive. SpaceX uses their own software that is the industry leader for safety. So, why would you go to a contractor to provide software services? In simple terms, it adds another step to the process that doesn’t need to be there.”

Another big point of contention revolves around proving a rocket’s flight safety — that it won’t bring harm to the uninvolved public or property. Right now, companies use one type of calculation to determine their vehicle’s safety standards, but now the FAA is proposing using a new type of calculation — one that CSF argues is purely theoretical and hasn’t been tested before. The organization claims that the cost of implementing this new calculation may be higher than smaller startups can handle. The only alternative to the calculation is to test a rocket nearly 3,000 times with zero failures, says CSF.

“The comments have not been universal or unanimous that they are problematic.”

The Verge asked Monteith to provide justifications for the changes during last week’s roundtable. “I think ‘justification’ is a little bit pejorative, because the suggestion would be that the rules that we have today are perfect,” he replied. While he did not provide specifics, he did argue that there are options for companies to meet the requirements for licensing if they don’t want to follow the exact guidelines laid out by the FAA. The FAA lists 17 possible workarounds — known as advisory circulars — for meeting the new licensing requirements. But the agency has yet to publish the details for 16 of these circulars. Rep. Steven Palazzo (R-MS) recently called out these lack of details when commenting to the FAA as well.

Monteith noted that the private space industry isn’t in total agreement about the proposed rules. “The comments have not been universal or unanimous that they are problematic,” he said. “So we’re going to absolutely have to look at it and evaluate whether or not we got it right.” The companies that have expressed the most support for the new rules are the industry’s legacy players are Boeing, Lockheed Martin, Northrop Grumman, and the United Launch Alliance. “Broadly speaking, we are supportive of AST’s efforts and the content of the NPRM,” the companies wrote in a joint statement when they submitted their comments. “We do not support an indefinite rulemaking process, but would like AST to bring it to conclusion as soon as possible.”

CSF, on the other hand, represents the newer players in the field, like SpaceX, Blue Origin, Rocket Lab, Virgin Orbit, Relativity, and more. The organization argues that the new rules will have a heavier burden on these younger companies, which have been launching commercial missions much more frequently. ULA often conducts national security launches or missions for NASA, which do not require a commercial launch license from the FAA. “For some of these companies that don’t really need FAA licenses and haven’t had an FAA licensed launch since April 2017, why are they so concerned about these rules that really don’t apply to them?” says Stallmer, referring to ULA’s last commercial launch.

ULA argues otherwise. “As the nation’s most experienced commercial launch provider, we know the importance of both efficiency and safety,” the company emailed in a statement to The Verge. “The proposed rule allows for the development of innovative approaches to satisfy the FAA requirements while keeping public safety as the #1 priority.”

“if we identify something that fundamentally missed the mark, there is a process for us to readdress that.”

After expressing his displeasure during a July 25th House hearing, Stallmer says he met with Monteith to go over CSF’s grievances and that the FAA has been much more amenable to their requests. Monteith notes that supplemental drafts could be added to the proposal before the final rules are published. “We have to balance all of the inputs that we get,” Monteith said during the roundtable. “But I will tell you as part of the rule-making process, if we identify something that fundamentally missed the mark, there is a process for us to readdress that.”

That public comment period for the new launch licensing rules ended on Monday, August 19th. For now, Stallmer says he’s treating the new rules just as they are: drafts that could change in the year ahead. “Is it a perfect product? No,” says Stallmer. “And they know that. We know that. And this is an opportunity for us to make it a more perfect product.”