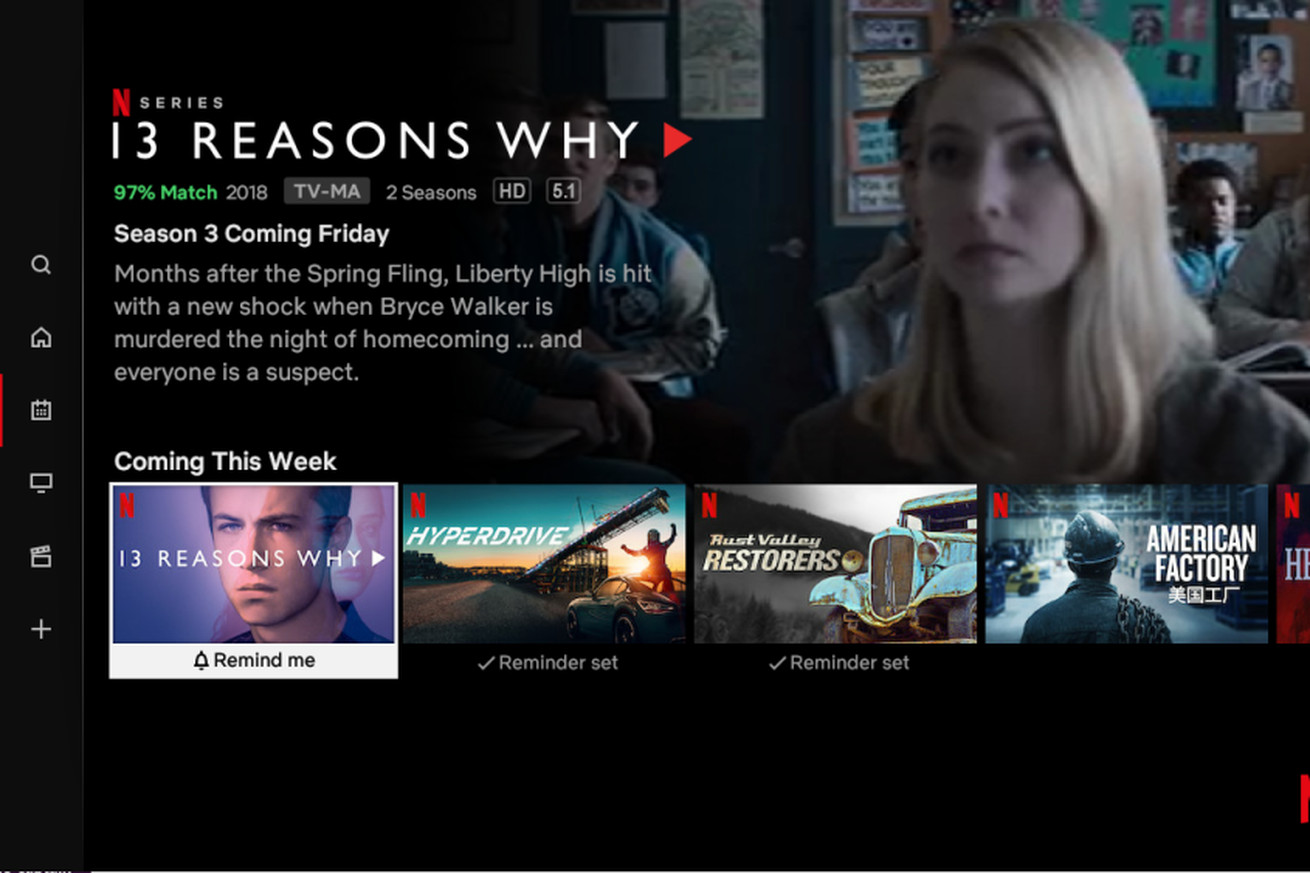 Netflix doesn’t want people to forget about shows they plan to watch in the future. The company is updating its TV app with a “Latest” section that’ll list movies and TV show seasons that’ll be released that week and the one following, according to Variety. Listed titles will have a trailer, and users can ask to be reminded when a program they want to watch becomes available, meaning people will likely receive a notification when they open the app. The list is curated to individual members and their taste.

The section is coming to smart TVs, streaming devices, and game consoles around the world today, and it’s located on the app’s sidebar. It’ll be updated daily. The feature is similar to the “coming soon” section that’s already available on the company’s Android app. Up until now, though, most people likely relied on the “new releases” or “trending now” suggestions on Netflix. They also might have read articles about what was coming to Netflix in the next month to figure out what they wanted to watch. This new section could definitely streamline that show-finding process, but still, it’s odd the company isn’t bringing the section to the web app. I can’t be the only one who watches Netflix exclusively on their laptop.