The Google Play Store’s redesign is cleaner but not greener 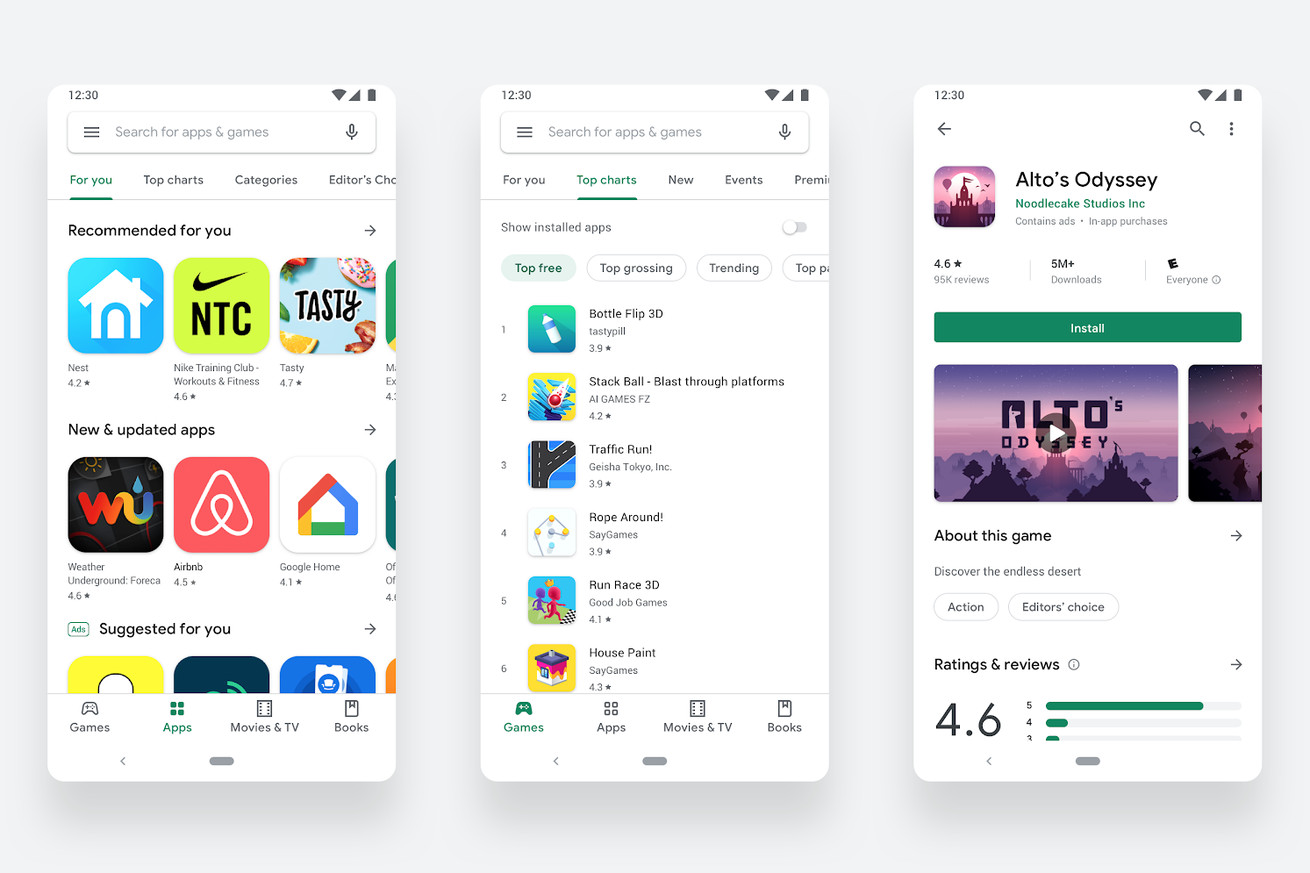 The Google Play Store is getting a fresh new look, which, like most of Google’s redesigns of late, nixes the colorful green header in favor of a brighter and whiter style. (The Gmail app similarly lost its red header earlier this year as part of the same Material Design revamp.)

Like the iOS App Store — which got a similar redesign two years ago — the new Play Store now has separate tabs for apps, games, books, and another for movies and TV shows. The tab bar will appear on the bottom for phones and in a sidebar on tablets and Chrome OS devices. Google will also only show icons in the Play Store with rounded rectangles, just like iOS, which gives the whole storefront a more cohesive and consistent look. 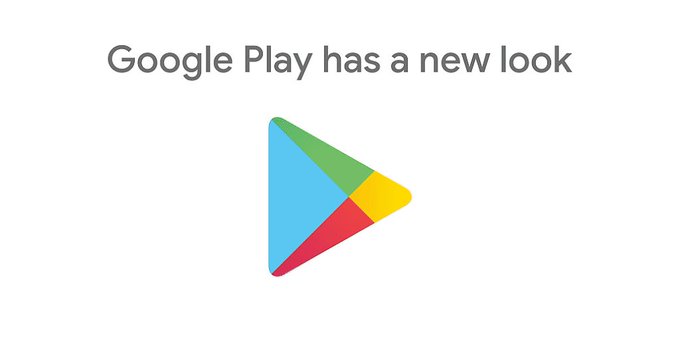 199 people are talking about this

The new Play Store will recommend apps specifically for the user under a “Recommended for you” section (not to be confused with the paid advertisement recommendations that it’ll also offer under the similar-sounding “Suggested for you” label).

According to Google, and confirmed by various Reddit users, the new Play Store should be rolling out now. It doesn’t seem like there’s a dark mode for the bright new design, so you might want to bring a pair of shades just in case.