Telling Lies is a complex, tense mystery that you unravel yourself 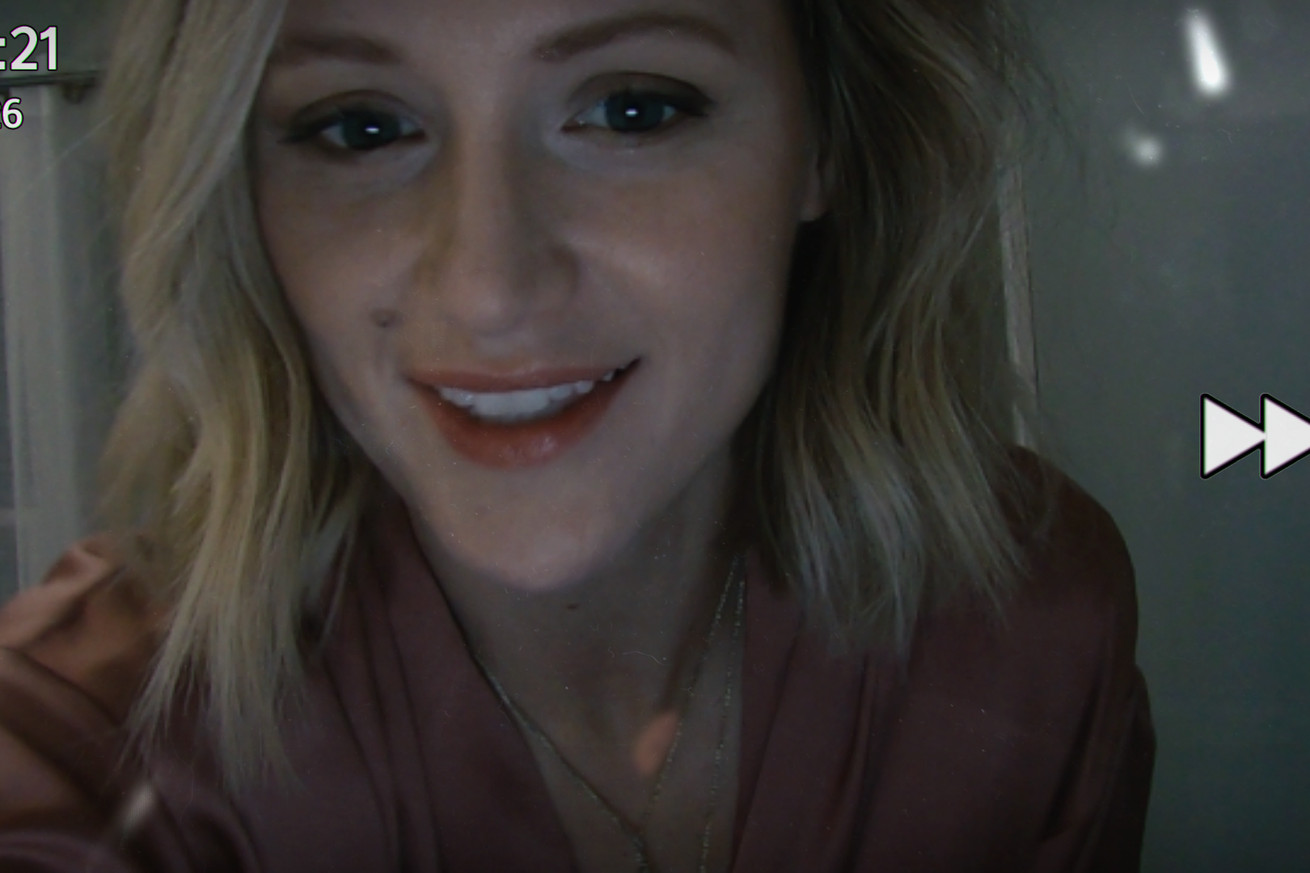 In 2015, developer Sam Barlow broke away from his work on games like Silent Hill: Homecoming to release a live-action whodunnit called Her Story. It was an instant hit, praised for its true crime flair and atypical gameplay, where players unravel the story at their own pace by searching terms on a fictional police database. Four years later, Barlow has released a spiritual successor to his breakout success with Telling Lies.

Telling Lies follows the lives of four characters — played by actors Logan Marshall-Green, Kerry Bishé, Alexandra Shipp, and Angela Sarafyan — whose stories are told exclusively through recorded conversations. Much like Her Story, players search a database of video clips by casting a net of keywords and seeing what comes back. Each recording offers a single side of a conversation. Through smart detective work and intuition, players piece together the overarching story of these characters and how their lives connect.

It’s a lush experience that succeeds in a superb way. The game’s acting is stellar, with each character feeling so real and fully formed that their motivations are easy to understand. And the game’s piecemeal storytelling style makes each discovery feel like a breakthrough. Below, games editor Andrew Webster and reporter Megan Farokhmanesh discuss. Light spoilers to follow.

Megan: I was obsessed with Her Story when it came out, so naturally, Telling Lieswas on my must-play list. That being said, I still wondered if it would just be a revisitation of the same concepts — lots of database searching, piecing together a story, etc. But I think it’s a real testament to Barlow’s abilities here that he’s managed to improve on so many concepts from Her Story, while also expanding the scope of his storytelling.

A lot of the credit is due to the many excellent actors who bring this game alive, but I found myself really invested in some of the characters and — rightly so, I think — deeply despising others. I immediately took a liking to Angela Sarafyan’s character and spent much of the beginning of the game specifically searching keywords that I thought would lead me to her. She’s so scrappy! I love her.

Andrew: One of the most startling things for me was how much more intimate Telling Lies felt compared to Her Story, even though it has a much larger cast of characters (i.e., more than one). I think there are two reasons for this. One, in Telling Lies, we’re seeing these people in often vulnerable positions: a couple having a late-night call while being physically separated for a long time, a dad telling his kid a bedtime story, or the awkwardness of the first few conversations in a budding romance. In Her Story, you were watching someone who knew they were being watched and recorded during police questioning. Telling Lies is much more voyeuristic. You’re watching moments you have no business seeing.

The other part is the way the game is structured. You’re only able to actually watch one half of a conversation at a time. So, if a couple is fighting, you might start by watching one person quietly looking upset while they’re being admonished. Only later in the game will you find out what exactly they were being admonished for.

For me, this setup had two effects. One, it made me pay much closer attention to the smaller details. If someone wasn’t talking, I was watching their face and body language intently for any kind of clue as to what was happening on the other end of the screen. Even something like the length of someone’s beard became a clue. It also changed the way I searched for new keywords. I wasn’t just looking for the next major story beat; most of the time, I was trying to find the other half of the conversation I had just watched.

The other thing that really struck me about Telling Lies compared to its predecessor is just how much more refined the overall experience is. I played it on an iPad, but it really felt like I was on a desktop computer. It’s the small details. You can move windows around, minimize them, look through the trash, or check the local Wi-Fi connections. Hell, you can even waste a bunch of time playing solitaire if you want.

One of the stranger additions is that you can constantly see the reflection in the computer of the woman you’re ostensibly playing. It felt weird at first, but it also really helped keep the story grounded, a constant reminder of your place in the story.

Megan: I played on my iPhone 8, and clicking around on a screen that small was frustrating. I did lots of tapping, trying to hit the right spot or trying to correctly rewind or fast-forward through scenes. Lots of thumb cramps. Which reminds me: it’s wild that there isn’t a way to easily play a clip from the beginning! It’s cool that each one starts from the term you’ve searched, but I usually wanted to start from the beginning.

Andrew: Yeah, and the thing that makes that extra annoying is how big the game is. It took me probably around five hours to see the credits roll, and afterward, the game told me I had watched about half of everything there was to see. (In a nice touch, you can go back afterward and keep searching if you want.) It’s just a really big experience, with lots of different strands relating to the four different characters. There are personal stories and bigger ones that involve communities, corporations, and government agencies. It’s so easy to get pulled in one direction and miss, or at least lightly skim, another storyline. It’s one of those games where two people can have very different experiences based on how they play. But from what I can surmise, the final video chronologically should be the same for everyone.

Megan: Another weird thing about this game is that it’s impossible to talk about it in real detail. Not only is it huge — and a game that doesn’t require you to see everything to finish — but it’s also impossible to even name a character without it being a spoiler. Knowledge is power, and knowing someone’s name will likely lead you to their job, their friends, their partners. There was one specific character whose name I chased for a good deal of the game, and when I finally got it, it felt like I’d cracked an incredible secret code. What before seemed like minimal things were suddenly huge, glaring clues.

I love Telling Lies for the same reason I loved Her Story: everything you find is earned. Your success in uncovering the full story is based on your intuition and ability to pick up on detail. How you view things or what experiences you bring into the game will likely shape your interpretation of everything you see. There is not one simple truth because everyone has their own.

It’s also an easy game to recommend to a friend because everyone has curiosities they can indulge. And really, that’s all you need.