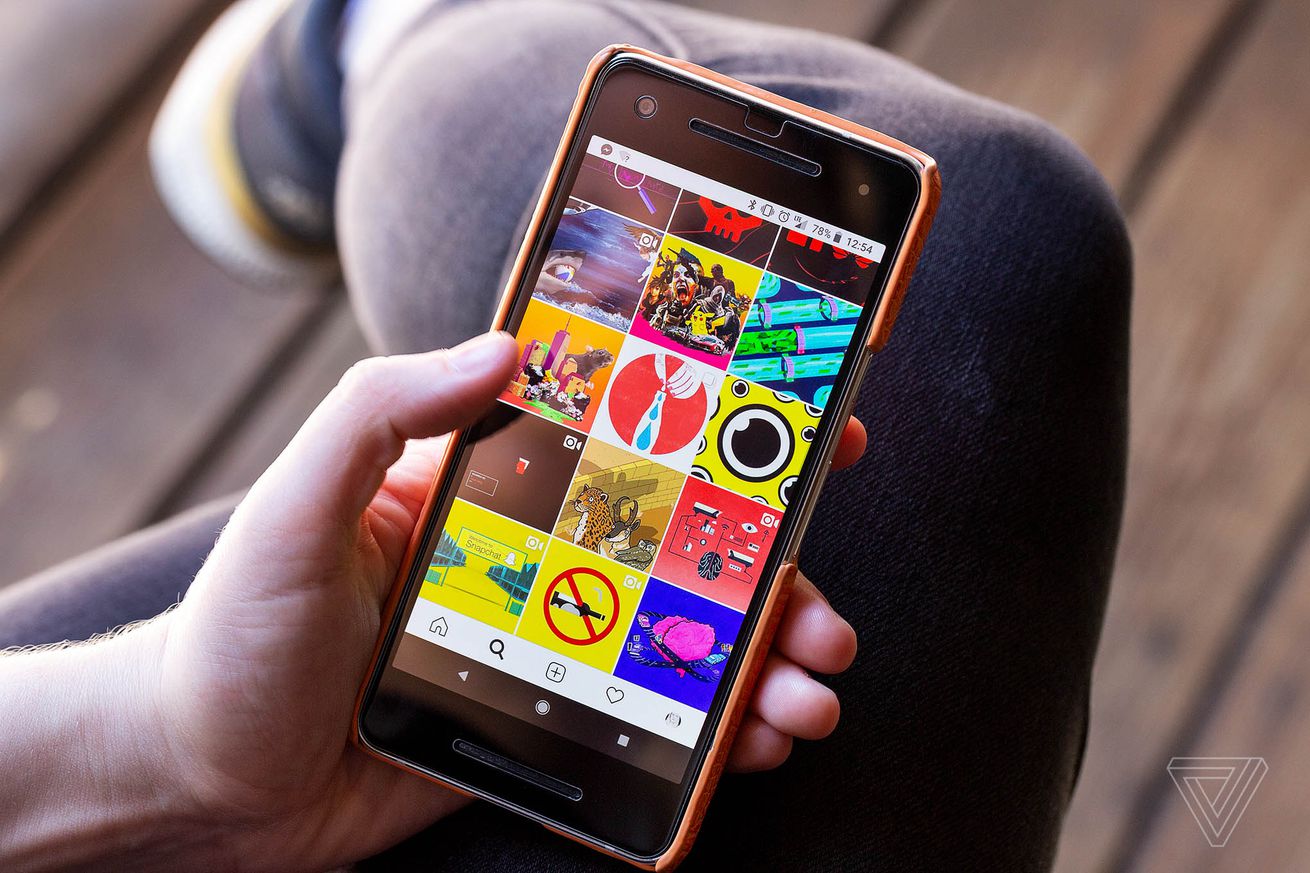 When Instagram first hit the news this week, it was over a hoax. A host of celebrities had posted to their timelines a battered image declaring that Instagram would soon make our deleted photos and messages public, and use them against us in court, unless we created a post to the contrary. It wasn’t true, of course, but it seemed true enough to some of our biggest stars — such as Beyoncé’s mother, and the man responsible for our nation’s nuclear arsenal.

The digital content industry debunked the copypasta, celebrities posted sheepish apologies (or didn’t), and we all resumed waiting for the next dumb thing to come along and briefly preoccupy us between stories about the burning rainforest in the Amazon and the president’s effort to buy Greenland (?).

Why do people fall for hoaxes like these, which have been around for the better part of a decade? In Wired, Paris Martineau talks to a behavioral scientist who explains that social media is making us dumber:

“The brain is set up to give us easy answers … so if there’s a hoax that appeals to people’s emotions or intuition, it’s going to trick people, because a lot of people just don’t spend that much time thinking about the things that they see on social media,” says Gordon Pennycook, an assistant professor of behavioral science at the University of Regina in Canada who studies decision making. “Social media is partly to blame, too, because it’s set up to drive engagement, and that engagement often comes at the cost of shutting off people’s brains a little bit.”

At the New York Times, John Herrman takes the opposite view. The terms of service for every social network amount to little more than a nonsense incantation, he writes — Instagram users this week were merely fighting fire with fire:

All the big social apps explain themselves to us this way. The same services we use to spread false information depend on web of rules that are so rarely read, and a set of “agreements” that are so cartoonishly lopsided, they may as well be made up. Online, we live in a world defined and ruled by what feel like magic words. What else are we supposed to post about?

In any case, there have been some changes to Instagram lately — they’re just not the ones the secretary of energy is worried about. In a revealing new report in The Information, Alex Heath recounts the 11 months since Kevin Systrom and Mike Krieger left their creation in the hands of Mark Zuckerberg and his deputy, Adam Mosseri. In his telling, what began as a warm embrace of a fast-growing new business has more lately come to resemble a python’s squeeze. Heath writes:

In the roughly 11 months since Mosseri took over, most of Instagram’s senior leadership team has been replaced, Facebook has ordered Instagram to roughly double the number of advertisements in the app and the company is weaving together the technical underpinnings of the messaging services behind Facebook, WhatsApp and Instagram. Together the changes send a message that the days of independence at Instagram, whose employees had grown accustomed to their autonomy inside Facebook, are over.

The challenge for Mosseri, the well-liked former head of Facebook’s News Feed who has worked at the company for more than a decade, is to stabilize the organization behind Instagram, an app many inside and outside Facebook see as the company’s most promising source of future growth. If the exodus of longtime Instagram employees continues, there is a risk Facebook will lose the talent that made the app special in the first place.

On one hand, Instagram really is going quite well. The division hit $1 billion in revenue for the first time in 2016, Heath reports, and is expected to generate $15.8 billion this year. That’s nearly a quarter of Facebook’s overall revenue.

On the other hand, Instagram is bleeding … Instagram-ness. As I wrote when it was first reported that Facebook planned to create a single back end for all its services, Instagram has become little more than a name: a public-facing brand represented behind the scenes by true-believing Facebook employees. That sounds obvious today, but it still represents a huge departure from where Instagram was a year ago today: still persuaded of its own uniqueness, clinging to vestiges of its independence from the mainland.

And what has replaced Instagram’s old values? Well, there’s that doubling of the ad load, for starters, which as a user I’ve been feeling quite acutely lately. (I seem to see one every third flip between stories or so.) There’s the laser focus on shopping, which has the potential to turn vast swathes of the app into a shopping catalog. (Heath reports that the company has shelved a planned standalone shopping app, whose existence I revealed last year.)

But mostly there’s just Facebook, wherever you look. It’s in the executive ranks, which now consist primarily of Facebook imports. It’s in the employee email addresses, which have moved over to fb.com It’s in the “Instagram from Facebook” language that now adorns the settings page.

Facebook clearly accelerated Instagram’s rise, giving it invaluable promotion for years. But the more I look at the vise grip Facebook has its most prized acquisition in today, the more I wonder whether the company can be as beneficial to Instagram in the future as it was in the past.

Yesterday we talked about some research suggesting new approaches to reduce extremism online. A paper from researchers at George Washington University and the University of Miami suggested focusing on smaller clusters of hate speech, banning random samples of users over time rather than all at once, recruiting volunteers to argue with hate clusters in public, and pitting hate clusters with differing ideologies against one another to sap them of their energy.

I asked y’all to tell me what you made of these ideas, and I think it’s fair to say you strongly disliked them.

In one of the largest responses I’ve gotten to a newsletter yet, you told me that these ideas were misguided or impractical. Some choice quotes from readers:

Ah well. Perhaps we’ll find a more satisfying answer in the next paper on the subject.

⭐ YouTube disabled 210 accounts that coordinated to weaken Hong Kong protests. Finally! But note that Google, like Facebook, does not specifically finger the Chinese government as the entity behind the campaign. (Chris Welch / The Verge)

Google just published a blog post revealing that it has disabled 210 YouTube channels that the company says “behaved in a coordinated manner while uploading videos related to the ongoing protests in Hong Kong.” Google cites the behavior as being “consistent with recent observations and actions related to China announced by Facebook and Twitter.” The accounts were disabled earlier this week.

Both Facebook and Twitter recently uncovered and suspended accounts that the social media companies believe were operated by the Chinese government and designed to seed doubt about and undermine the ongoing protests in Hong Kong. Twitter suspended nearly 1,000 accounts tied to China, and Facebook removed various pages, groups, and accounts linked to the effort to spread information opposing the protests.

“We found use of VPNs and other methods to disguise the origin of these accounts and other activity commonly associated with coordinated influence operations,” Shane Huntley, from Google’s Threat Analysis Group, wrote in the blog post. “These actions are part of our continuing efforts to protect the integrity of our platforms and the security and privacy of our users.”

Meanwhile, Facebook reported new evidence of inauthentic activity in Myanmar, and removed dozens of pages, groups, and accounts. They had a collective 900,000 followers.

New research suggests that putting warning labels on stories shared to Facebookthat fact-checkers have found to be false actually does discourage people from sharing them. (Daniel Funke / Poynter)

Reuters rounds up every takedown Facebook has announced so far this year.

For-profit disinformation-for-hire services are a growth business, and they are all but unregulated by US law. (Joe Uchill / Axios)

Western Journal was a popular purveyor of hyper-partisan clickbait and misinformation (“Obama is Muslim,” etc). It thrived on Facebook and Google until recently. Then the platforms turned off the money spigot, and now the founders are in Washington lobbying against ‘digital censorship’ — and creating their own fever-swamp news app. (Nicholas Confessore and Justin Bank / New York Times)

To get around a California law requiring alcohol delivery businesses to have a physical location, Amazon set up a phony liquor store in California. (W. Blake Gray / Wine Searcher)

⭐ Meet the people who get locked out of their Facebook accounts and never find a way back in. In the New York Times, Kashmir Hill examines the consequences of Facebook having no human customer service agents.

In Facebook’s version of a justice system, users are told only that their accounts have been disabled for “suspicious activity.” If they appeal — via a terse form that will accept only a name, contact information and an image of an ID — a mysterious review process begins. The wait can be endless, and the inability to contact a Facebook employee maddening. Increasingly agitated, Facebook castaways turn for help to Twitter, Reddit, Quora, message boards and, well, me. Because I have a history of writing about (and sometimes solving) people’s troubles with the platform, profoundly addicted Facebook users have found their way to my inbox, emailing multiple times a day for updates about their cases, which I do not have. […]

It’s possible that users like Mr. Reeves and Ms. May were caught up in the sweep. But the number of people complaining about disabled Facebook accounts has been going up for years, according to data from the Federal Trade Commission, which tracked three such complaints in 2015, 12 in 2016, and more than 50 in each of the last two years.

People are selling guns on Snapchat (and getting arrested for it.) (Darwin BondGraham / The Guardian)

The online harassment techniques that flourished during Gamergate have now moved to the classroom, where teachers are now confronted by YouTubers pushing agendas. (Megan Farokhmanesh / The Verge)

YouTube killed its private messaging feature. It’s a rarity for Google, where endlessly proliferating messengers are a defining part of every product roadmap. (Jon Porter / The Verge)

The emergence of Google and Facebook as twin gatekeepers standing in between the public and high-quality journalism is an important issue deserving of serious reflection. And yet somehow News Corp.’s proposed solution, now in development, is just completely hilarious to me:

The service, currently called Knewz.com, is expected to be a website and a mobile app. An early version is being shown to a small group of News Corp executives and an official launch could come later this year, though no specific timeline has been set, the people said. The company could still decide not to proceed with the project, they said. […]

The project aims to give exposure to smaller outlets that News Corp executives believe are often demoted in Google’s search results and Facebook’s social feed, the people said.

That includes publishers with conservative audiences such as the Daily Wire, the Daily Caller, the Washington Free Beacon and the Washington Examiner, according to some of the people. Others said the idea is to highlight deserving news stories, regardless of politics, noting that progressive sites such as Daily Kos and ThinkProgress are included.

So it’s Gab, but for Google News. This thing is going to make Tronc look like an all-time victory.