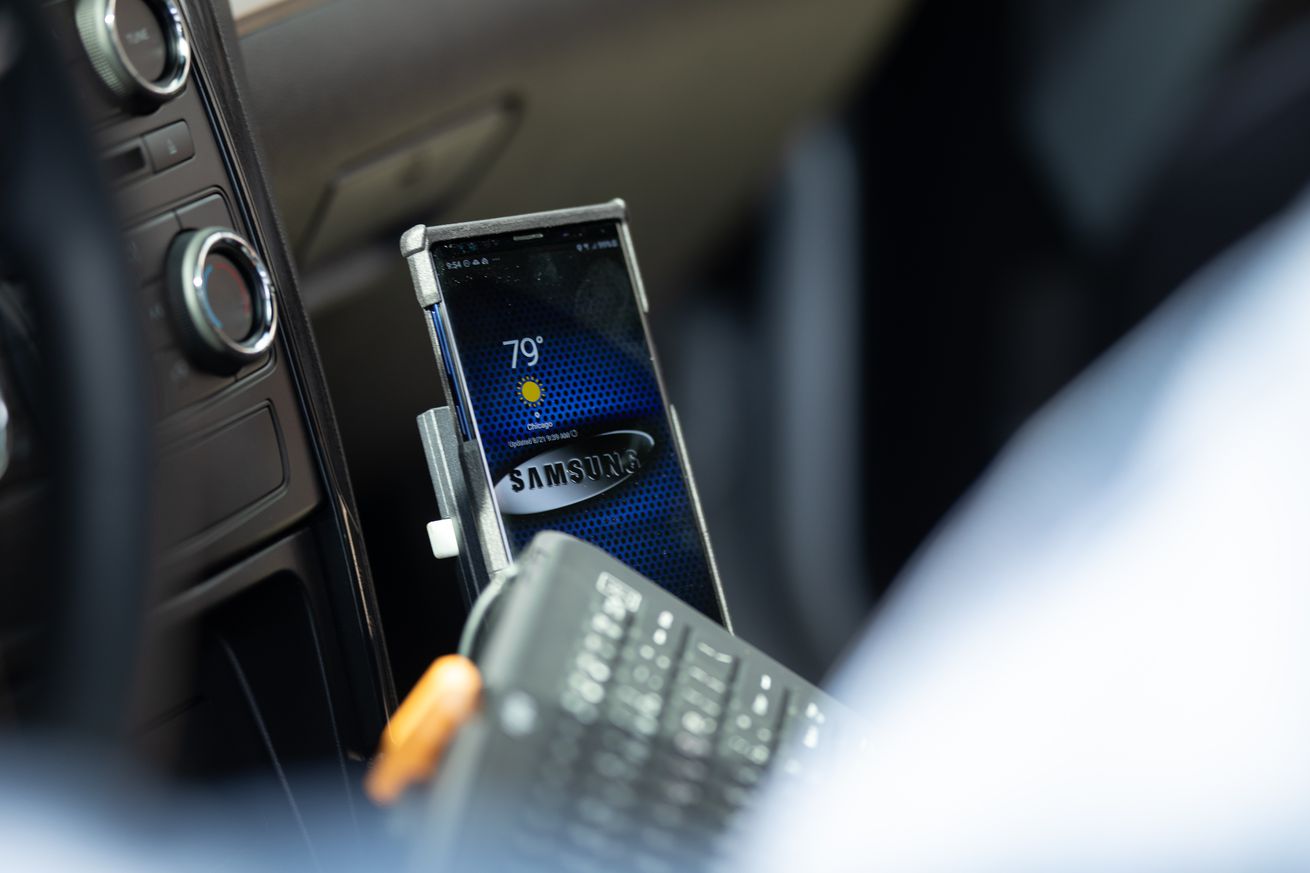 Police offers in one district will be given Samsung smartphones which can be docked in their cars. | Image: Samsung

Police in Chicago’s West Side 11th district are piloting Samsung DeX as a replacement for their existing in-car computer systems, the Chicago Police Department and Samsung announced this week. Officers will have a Samsung Galaxy Smartphone which they can use to access dispatch alerts, notifications from gunshot detection systems, and real-time viewing and control of security cameras. Officers can then dock their phones in the car or police station to benefit from a larger screen and keyboard when entering collected evidence. All officers in Chicago’s 11th should be using the DeX system by the end of the year.

At a press conference announcing the initiative, Chicago Police Department Chief Jonathan Lewin said that the main benefit of the new system is mobility. Although some of the department’s previous in-car computers have been removable, officers rarely bother because of their size and weight. Now they’ll be able to have their machines with them at all times. There are also potential cost benefits. One study commissioned by Samsung estimated that departments could save as much as 15 percent in the first year, and 32 percent annually thereafter, by using the system.

Lewin noted that “the system seamlessly takes an officer through the entire lifecycle of an incident” including getting dispatch assignments while on the street, conducting name checks, vehicle checks, and beginning incident reports. He said the system also supports viewing and controlling (tilt, pan, and zoom) the district’s security cameras, and can also view mapping data to see if an incident is part of a trend. It also benefits from the Android app ecosystem, and Lewin said that he expects officers to use their phones to record audio, take photos, and take notes.

According to the Police Chief, the phones will build on the police department’s existing systems like the Strategic Decision Support Centers it started investing in back in 2016. It also integrates with the department’s “ShotSpotter” gunshot detection system which is installed in 11 of Chicago’s 22 police districts. In the future, there are plans to integrate the system with the department’s in-car cameras, and to allow officers to contribute to reports by speaking directly into their phones.

The Chicago Police Department expects all officers in its 11th district to be equipped with the smartphones and DeX docking systems before the end of the year, as part of the pilot program. However, Superintendent Eddie Johnson noted that “nearly half” of all Chicago Police officers already have a department-issued Samsung smartphone.

”We’re by far the most advanced department in the US with technology,” Lewin said, and indicated that he thought more police departments across the country could adopt the technology in the future. “We’re starting to see departments follow the lead of Chicago.”