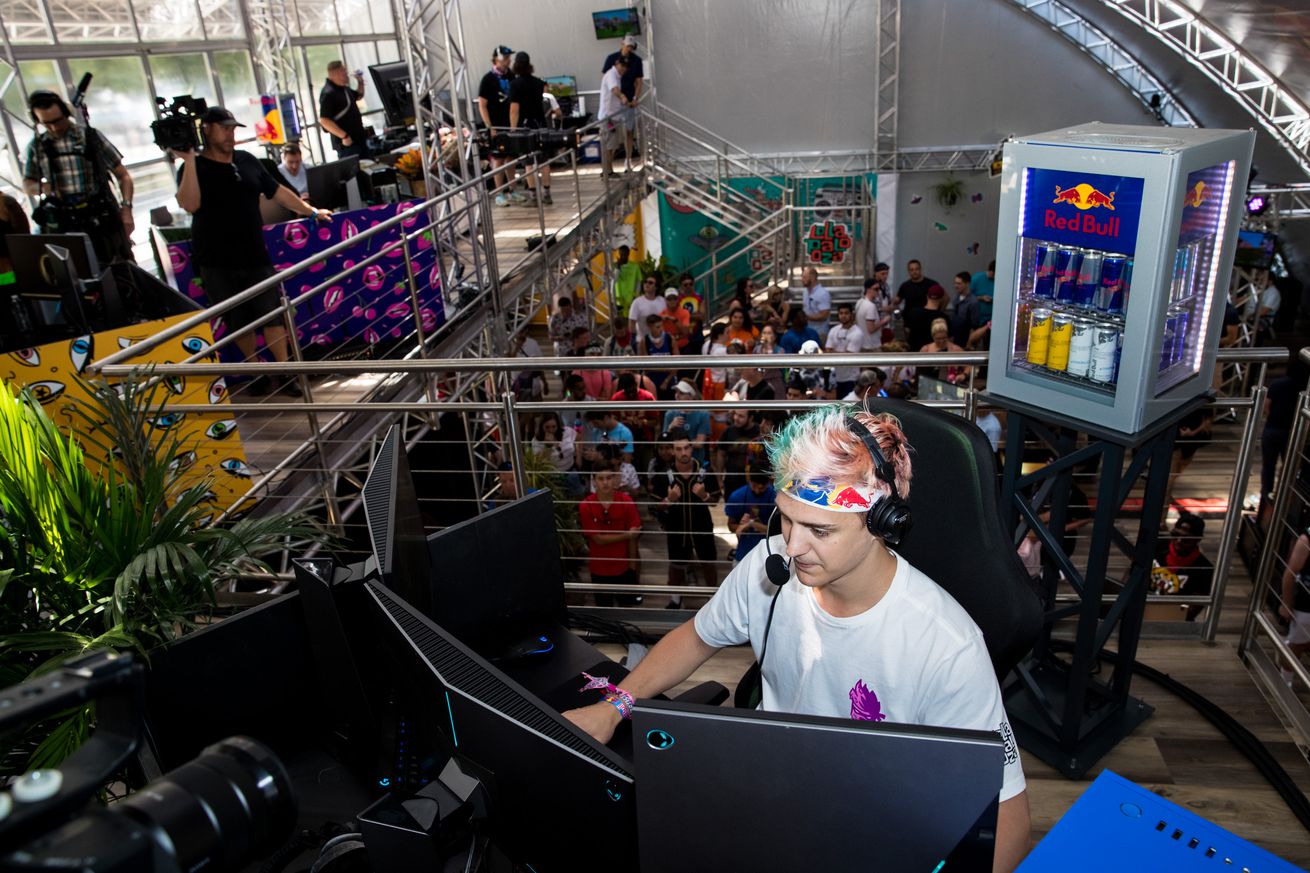 Tyler “Ninja” Blevins — the Fortnite livestreamer and all-around entertainer — had his first exclusive broadcast on Microsoft’s Mixer platform; in the moments before his broadcast officially began, the number of people watching his stream crossed 50,000 and 60,000 people to land, in its first moments, somewhere around 76,000 sets of eyes. (It grew to 80,000 just after Blevins’s first victory.)

Mixer competes with Twitch, YouTube, and Facebook for a relatively narrow share of the livestreaming market. Yesterday, Blevins announced his move to the service, in a tweet that blew up gaming’s corner of the internet; he was leaving behind 14.7 million followers on Twitch, and striking out for a service that, comparatively, nobody knew much about. Blevins is probably the most famous streamer in the world; the fact of his leaving Twitch, which dominates livestreaming, was a very big deal.

So far, the move looks like it has been a success. Today, Blevins streamed from the Red Bull tent at Lollapalooza, the Chicago music festival. While the number of viewers was lower today than the thousands of viewers he pulled in last year, it’s almost double what he’s been finding there for the last several weeks, as Polygon’s Austen Goslin first noted. Even before Blevin’s first stream on Mixer, his channel had found 370,000 paying subscribers, an impressive number for any streamer and one that was not lost on Blevins himself. That said, Mixer is offering two months of free subscriptions to Blevins’ channel to everyone who signs up.

During the stream, the crowd’s energy was infectious; it seemed impossible for anyone watching in person to stop yelling. Blevins was his usual hyperactive self — slamming cans of Red Bull, one of the day’s sponsors — and the crowd cheered for every elimination he earned. He was in high spirits, hunting down every player he could find and exploding them into showers of multicolored items. While he lost his first two games relatively early, Blevins managed to find back to back victories against the 99 other opponents on the map. (“It’s easy. It’s easy. GGs,” he said, after his second win of the day.) At its best, Fortnite is a twitchy, fluid game of reflexes and resource management that rewards inventiveness just as much as it rewards good aim; at his best, Blevins has both, though he’s not a professional.

Shortly into his matches, Blevins found a partner: the musician Mitchell Brown, who records under the name Kid Quill. “I was literally more nervous to play this than to perform my set,” Brown said, after he’d been knocked out. Which seems true: Blevins, a former professional Halo player, is the most popular video game player on the planet.

The day at Lollapalooza was leading up to Fortnite Friday, a weekly Fortnitetournament for celebrity players, streamers, and professionals. In the games before the tournament — where he was to play with Kyle “Bugha” Giersdorf, the 16-year-old who’s the game’s newest world champion — Blevins was performing: calling his shots, showing off for the crowd. “I freakin’ love you guys,” he said. “Let’s go!”

Playing the game still seems fun for him. “I can’t tell you the last time I planned a session to game until Fortnite came out,” Blevins told Brown. He was still excited to get up in the mornings and run squads with his boys, is what he meant.