IntSights Exposes Dark Side of Russia at Black Hat U.S.A 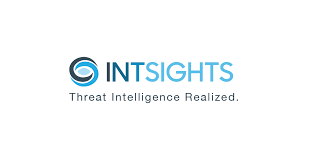 NEW YORK and LAS VEGAS, – IntSights, the threat intelligence company focused on enabling enterprises to Defend Forward™, announced today the release of the company’s latest threat intelligence report, The Dark Side of Russia: How New Internet Laws & Nationalism Fuel Russian Cybercrime. This report analyzes Russia’s attempts to crack down on free internet use and illustrates the implications for businesses, consumers, and cybercriminals alike. It also provides a comprehensive breakdown of cyber threats originating on the Russian dark web, and delves into the serious implications of Russia’s state-sponsored cyber warfare tactics, designed to cause political unrest in numerous Western-world nations.

“The underground Russian cybercriminal landscape is both incredibly advanced and widespread. There is no other hacking community that can boast such a breadth of knowledge, resources, and manpower. While the impact of Russia’s new Sovereign Internet Law on clear web hacker resources is as of yet unknown, it is abundantly clear that the government, in many cases, turns a blind eye to cybercriminal activity that supports national interests – particularly if it targets geopolitical rivals, like the United States and Western European countries. Overt, state-sponsored cyber warfare is also likely to increase,” said Andrey Yakovlev, Security Researcher, IntSights.

One of the most distinguished features of the Russian underground is insider trading forums. The level of infiltration threat actors make into private and governmental entities is truly unprecedented, and cannot be found in any other country.

Despite the government’s selective attempts to control internet users, Russia’s cybercriminal underground has continued to grow in recent years. Experienced threat actors who make up the communities in hacking forums have grown increasingly “friendly” to non-technical cybercriminals – as long as they have the money to pay for services. The bottom line is that Russia is a haven for cybercriminals, so long as they do not attack Russian assets.

Cybersecurity teams must remain vigilant as Russian cybercrime continues to increase in both frequency and severity. The Russian hacking community’s advanced technical capabilities paired with the government’s apparent apathy toward – or even support for – attacks on foreign entities leave multinational companies as common targets. To protect your organization, it is imperative to keep up with Russia’s expansive cybercrime underground and identify threats to your assets, employees, brands, and customers.

To experience the Dark Side of Russia report, Charity Wright, Cyber Threat Intelligence Analyst, IntSights, will be speaking at Black Hat U.S.A at booth #1130 on Thursday, August 8, 2019, at 1 p.m. PT.

To get an inside look into key trends, laws, motivations, and threat actors of the increasingly threatening Russian Internet community, download the full report here: https://intsights.com/resources/how-new-internet-laws-and-nationalism-fuel-russian-cybercrime

IntSights is revolutionizing cybersecurity operations with the industry’s only all-in-one external threat protection platform designed to neutralize cyberattacks outside the wire. Our unique cyber reconnaissance capabilities enable continuous monitoring of an enterprise’s external digital profile across the clear, deep, and dark web to identify emerging threats and orchestrate proactive response. Tailored threat intelligence that seamlessly integrates with security infrastructure for dynamic defense has made IntSights one of the fastest-growing cybersecurity companies in the world. IntSights has offices in Amsterdam, Boston, Dallas, New York, Singapore, Tel Aviv, and Tokyo. To learn more, visit: https://www.intsights.com.