Jeffrey Epstein liked palling around with scientists — what do they think now? 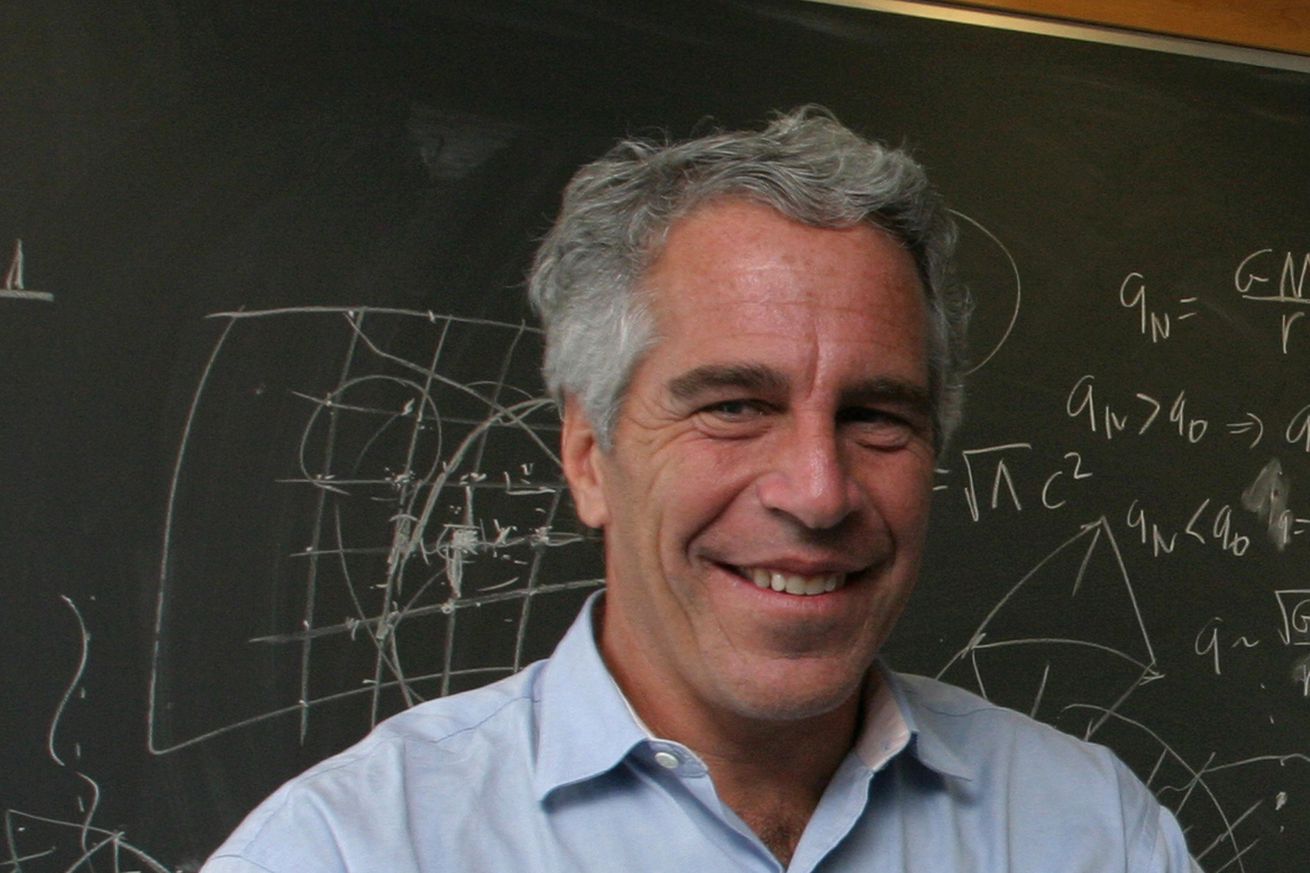 Jeffrey Epstein’s presence has loomed large over the scientific community for several decades. To some of the most high-profile scientists around the world, Epstein was a generous benefactor, a strong supporter of their research, and even a personal friend. He’s also a convicted sex offender, who was recently arrested and charged with allegedly sex trafficking young girls in New York. The Vergereached out to over a dozen different scientists and institutions who have been publicly linked to Epstein, with questions about their history with the multimillionaire and their reactions to his recent arrest. Some have themselves been accused of sexual harassment and assault. Only a handful chose to respond. Epstein’s lawyers also did not respond to a request for comment.

As other outlets, including BuzzFeed News and WBUR reported, Epstein and the charities he controlled poured millions into research and institutions, and he frequently touted his friendships with research heavyweights. Epstein’s history with the scientific community shows a man eager to ingratiate himself neatly into a scene dominated by white male thinkers hailing from the most elite institutions around the world. He never possessed a scientific degree (his closest professional foray into science was as a physics and calculus high school teacher), but his interest and investments in science seem far from cursory — one could easily get the impression Epstein might have wanted to be a scientist in a different life.

Jeffrey has the mind of a physicist

“Jeffrey has the mind of a physicist,” Harvard mathematician and biologist Martin Nowak told New York Magazine in 2002. “It’s like talking to a colleague in your field.”

Judging by press clips, Nowak had seemingly one of the closest relationships to Epstein of anyone in the purported billionaire’s scientific orbit. Epstein had given Nowak about half a million dollars to fund his research in the early 2000s. According to a Vanity Fair feature from 2003, Nowak and Epstein often traveled regularly to Epstein’s private island in the U.S. Virgin Islands. When Harvard hired Nowak in 2003, Nowak became the director of the university’s Program for Evolutionary Dynamics (a lab essentially devoted to using mathematics as a guide to understanding and addressing different issues in the life sciences). That program was launched using a $6.5 million donation by Epstein and his foundation, the Jeffrey Epstein VI Foundation, accompanied by a pledge to donate a total of $30 million over time.

“[Epstein] has changed my life,” Nowak told New York Magazine in 2002. “Because of his support, I feel I can do anything I want.”

Because of his support, I feel I can do anything I want

Nowak did not respond to repeated calls and emails from The Verge to answer questions about his relationship with Epstein or provide a comment about the latter’s arrest. It’s unclear how close the two have remained in recent years, especially after Epstein’s 2008 conviction for soliciting sex from prostitutes (Epstein cut a legally problematic and extremely lenient plea deal with South Florida prosecutors, then led by former Secretary of Labor Alexander Acosta). The Epstein VI Foundation’s blog was continuing to promote Nowak’s research as recently as 2015.

Harvard University made headlines in 2006, shortly after Epstein’s arrest, when it declined to return $6.5 million of Epstein’s $30 million pledge that had already been donated. Harvard’s official comment to The Verge was: “Harvard does not comment on individual gifts or their status.”

Theoretical physicist Lawrence Krauss, who recently resigned from his faculty job at Arizona State University as he contends with a litany of sexual harassment allegations, remained a steadfast supporter of Epstein’s even after Epstein’s 2008 conviction. Krauss told the Daily Beast in 2011: “As a scientist I always judge things on empirical evidence and he always has women ages 19 to 23 around him, but I’ve never seen anything else, so as a scientist, my presumption is that whatever the problems were I would believe him over other people.” Krauss did not respond to requests for comment.

he always has women ages 19 to 23 around him

Krauss has long been an organizer for Epstein’s scientific conferences, helping to collect many big names to gather under a single event. The biggest is perhaps a 2006 conference dedicated to understanding gravity, held at St. Thomas in the Virgin Islands, and bringing in scientists like the late Stephen Hawking; Nobel laureates Gerard ‘t Hooft, David Gross, Frank Wilczek; physicists and cosmologists like Jim Peebles, Alan Guth, Kip Thorne, and Lisa Randall, and many more. Photographs from the event show many of those attendees hanging around Epstein’s 78-acre private island, allegedly where many of the victims have been sexually abused.

Some evidence does suggest that Epstein and his foundation spent a lot of time exaggerating very thin associations with other researchers and institutions. Many media outlets have referenced Epstein’s relationship with the New York Academy of Sciences, but a communications representative told The Verge the academy has no record of Epstein having ever been a member or making any kind of financial contributions. Epstein has touted his time on Rockefeller University’s board, but a spokesperson tells The Verge this was only for a single three-year term in the 90s. The Daily Beast has previously reported that many of the organizations or institutions Epstein and his charities have claimed to donate to have denied receiving any funds.

Wiczek did attend the 2006 conference on gravity, but says “Epstein did not support my research in any significant way; in particular, I got no financial support from him. I’ve met him and had brief conversations on a few basic social occasions over the years. I simply thought of him as a wealthy person with an interest in supporting science — there are such people! —and I was unaware of the serious accusations against him until much more recently.” Like Krauss, Wiczek says that while he “did notice that [Epstein] liked to have young women around him, I did not personally observe any remotely abusive behavior.”

The Verge received the following statements from others linked with Epstein:

Others who’ve been linked to Epstein who did not respond to requests for comment include Gross and ‘t Hooft; Harvard psychologist Stephen Kosslyn, who has previously acknowledged receiving funds from Epstein; Harvard and MIT geneticist George Church; astrophysicist Gregory Benford; and A.I. engineer Ben Goertzel, a former recipient of a $100,000 research grant from the Epstein Foundation, and whose open source A.I. project OpenCog has been supported by Epstein as recently as 2013.

It is difficult to believe that so many men — who society declared to be among the most brilliant minds on the planet — could all take Epstein’s money, travel with him, share long conversations with him, and not see that there was something going on behind the scenes. Whatever the reason for their association with him, the problem is that the proximity and connection of so many well regarded scientists to Epstein leant him an aura of legitimacy.

predators can and do hide behind prestige, funding, and the respectability of their lab coats

People in the United States still generally trust scientists, but as we’re seeing from case after case of sexual harassment and assualt in science, predators can and do hide behind prestige, funding, and the respectability of their lab coats. A study last year found that half of all women faculty and staff in the sciences have experienced sexual harassment — a barrage that stands out as one reason (among many) that women are underrepresented at the highest levels of science, technology, engineering and math (STEM) fields. Many institutions including the National Academy of Sciences are starting to take slow but laudale steps toward ousting sexual offenders from within science — but it remains paramount for those in a position of power inside the community to stop offenders from glomming onto science from the outside too.