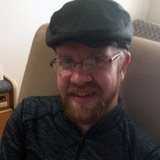 Sadly this is not a sword. It is, however, a healing potion, which is almost as good. Here’s your chance to get a set of 10 dice designed specifically to use for healing potions in the 5E system! Each dice is labeled 2-5, negating the need to add anything to the dice when rolling for anything except a supreme healing potion.

The response I received when I unveiled my prototype of these dice on Reddit was overwhelming, showing me a demand far beyond my own meager production capabilities! As such, I’ve reached out to get these dice injection-molded so that I can make them available to everyone at a quality level I’m happy with.

One major change these have over my initial product release is the corrected healer’s symbol: These dice will bear the Rod of Asclepius instead of the Caduceus.

My objective with this Kickstarter is to raise enough money to pay for a production run of these dice. They will be finished and packaged in house, as I want to verify the quality myself before I send them to anyone. Here’s what you’ll get:

The beauty of this Kickstarter is that you’re backing a fully developed product, fully engineered and ready for production! I developed these dice a while ago and have been producing them in prototype-level quantities in my workshop – mainly for friends and family, as a result I know these dice throw well, and the designs you’re buying are complete and beautiful. Effectively, you know exactly what you’re getting.

Each set contains ten (10) healing d4’s – the exact amount you’ll need if you ever get lucky enough to find a supreme healing potion.

To add an add-on, simply add that amount to your pledge. When you receive your backer survey you’ll be able to list exactly which items you added.

I’m a total geek who has way too many hobbies. I’ve played D&D since 3rd Edition, and have loved seeing the community grow into mainstream. I’ve watched Critical Role ever since discovering it a few years back, and am currently involved in at least four active RPG campaigns.

Looking at the giant chessboard around him, Caolan realized that there was no escape. Two of his friends had already fallen and the enemy queen glared down at him, raising her sword. Resigning himself to his fate, he fruitlessly tried to ward her off. “If only we’d brought more healing potions…” he thought as everything faded into blackness.

The idea for this project ties back to a particularly costly engagement in which three members of my D&D party fell in battle, failing all our death saves and effectively wiping out half the group. My replacement character is a pure healing cleric/warlock who I made to be the ultimate combat medic. Me, being the ridiculous human being that I am, decided she should have her own unique dice. After a completely frenetic week involving significant amounts of caffeine, a decided lack of sleep, and way too much metal music and Critical Role podcasts, the healer’s dice were born.

When I shared my initial prototypes for these dice on Reddit, the response I received was overwhelming. By popular demand I opened the Etsy shop I’d been toying with for a while, and sold out of the original Caduceus dice within a few minutes. I realized there was no way to keep up with demand if I was doing everything in-house, so I put together this Kickstarter to raise the money to get someone to help me produce them (and maybe bring some of my other ideas to light as well – at the time of this writing I have 67 more product ideas in my development list).

The majority of these funds will go toward getting a mold and producing dice. I have some stretch goals planned (all the way to $100,000 if this entirely blows me away) to get you guys even cooler things if this goes well.

Some of the money will go toward moving my tools out of my house and into a shop (currently about half of my home is configured as a workshop, and though that’s what I always thought I wanted growing up, it turns out it is not at all what I want. Careful what you wish for, kids. It’s almost impossible to stop working if you’re living in your workspace.)

Extra funds will go toward getting more of these ideas on my list developed, and bringing you a huge array of completely unique RPG products!

The biggest risks I foresee with this project come with outsourced production. I’ve been making these in house for a while, but I can’t make enough to meet demand without outside assistance. I’m doing my best to ensure I’ll hit my production deadlines, and have been working with a number of manufacturers to ensure this will be produced well and in a timely fashion. Once we hit our funding goal, I intend to reach out and use some of my own money to have the molds made and proofed, which should ensure production can begin as soon as the Kickstarter funds are delivered.