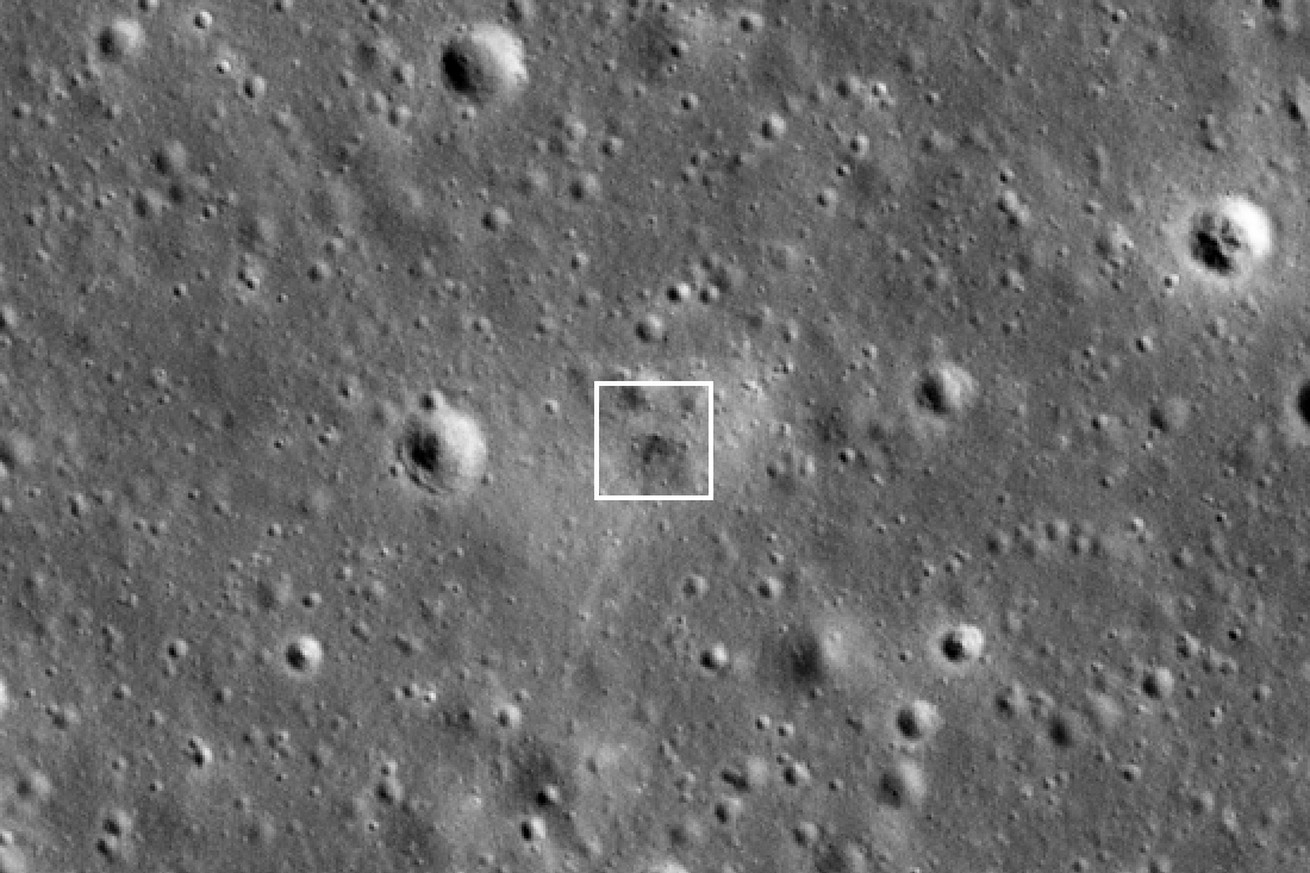 A NASA spacecraft in orbit around the Moon spotted the crash site of an Israeli robotic lander named Beresheet, which slammed into the lunar surface during a botched landing attempt in April. New pictures from the spacecraft show that the lander left a dark, 10-meter-long smudge across the Moon where it hit and then disintegrated.

The ill-fated lander was the creation of an Israeli nonprofit called SpaceIL, which launched Beresheet on top of a SpaceX Falcon 9 rocket in February. Before the crash, the lander was poised to make history by becoming the first spacecraft made with mostly private funding to touch down on the surface of the Moon.

But during its landing attempt, someone or something inputted a command into the lander’s computer, starting a chain reaction that ended with the spacecraft’s main engine shutting down too early. As a result, the lander couldn’t slow down enough during its descent to the surface. The vehicle came in way too fast and broke apart on impact. Just before it crashed, it sent back one final image of the lunar surface.

About 11 days after the failure, NASA’s Lunar Reconnaissance Orbiter passed overhead of the crash site and was able to provide some nice before-and-after pictures of the scene. Apparently, Beresheet did not form a crater on the Moon’s surface, or if it did, it’s too small for NASA’s spacecraft to detect. It’s possible that the lander wasn’t moving fast enough when it hit the surface or it came in at too low an angle to form a substantial crater.

Also surrounding the crash site is an area of dust that’s slightly more reflective than the rest of the lunar surface. Scientists analyzing the spacecraft images think this may have been caused by gases or other particles zooming away from the accident. This may have smoothed out the area and made things more reflective, according to researchers at NASA and Arizona State University.

While Beresheet’s demise was a big loss for SpaceIL engineers, the crash doesprovide a great opportunity to better understand how things crashing into the lunar surface affect the Moon’s environment. By keeping an eye on this site, scientists can watch as the rocks and dust in this area evolve over time following an impact. So there’s at least one upside to Beresheet failure to stick its landing.