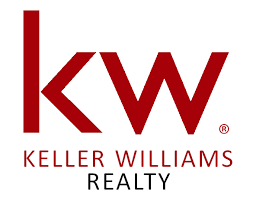 INDIAN SHORES, Fla., — Keller Williams Gulf Beaches of Pinellas announced today the listing of the Seagrape Estate in Indian Shores, FL being offered at $3,000,000. The estate was used in the film, In the Line of Duty: The F.B.I. Murders (1988) starring Michael Gross.

The home was purchased by William F. and Hazel Ebsary on May 26th, 1972 as a summer home. Mr. Ebsary’s roots were established in Tampa after moving from his native Canada in 1944 and becoming a U.S. citizen. He worked as an ambulance driver in World War II, a chemist for the City of Tampa, he participated in the leadership of the Tampa Little Theater, The Hillsborough County Crime Commission, The Young Democrats, The Chamber of Commerce, The Jaycees, and the Unitarian Universalist Church where he met his wife Hazel. After a whirlwind thirty-day romance and intense negotiations, he agreed to forgo sugar in his coffee if his young bride agreed to change her party affiliation to Democrat and they married on July 6, 1957.

The origin of the Indian Rocks Beach name is unknown, but pioneer settler Harvey K. Hendrick, who arrived in Indian Rocks Beach around 1890, would remark years later, “I liked the place, I thought it was the most beautiful place on God’s green footstool.”

The barrier island became “Tampa’s playground” when the Tampa & Gulf Coast Railroad built a spur from the big city to the beach in 1914.  Tampans flocked to their newly discovered paradise, seeking relief

from the summer heat and the pressures of boom era city life.  The shoreline retreats they built, ranging from cottages to grand beach homes, offered a slice of heaven to the vacationers.

About Keller Williams Realty, Inc. – Austin, Texas-based Keller Williams, the world’s largest real estate franchise by agent count, has more than 1,000 offices and 180,000 associates. The franchise is also No. 1 in units and sales volume in the United States.

In 2019, Fast Company named Keller Williams the No. 1 “Most Innovative Company” in real estate. In 2015, the company began its evolution into a technology company, now building the real estate platform that agents’ buyers and sellers prefer.

Since 1983, the company has cultivated an agent-centric, technology-driven and education-based culture that rewards agents as stakeholders. For more information, visit kw.com.