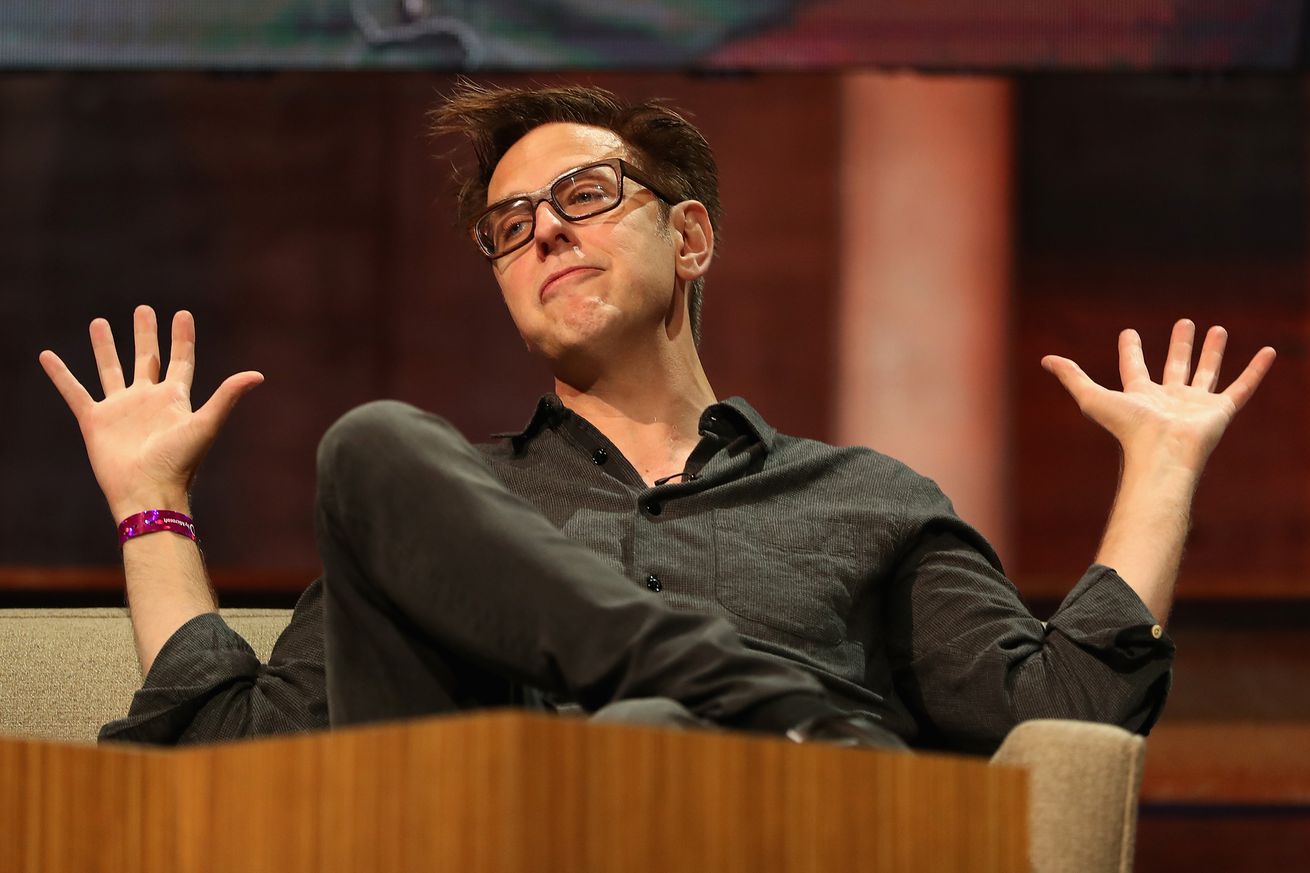 Back in 2018, Disney fired director James Gunn, who was at the time working on the second sequel to his Marvel Cinematic Universe film Guardians of the Galaxy. The firing came in response to a smear campaign by a noted alt-right media personality, who resurfaced some bad-taste jokes about pedophilia that Gunn had tweeted, in some cases more than a decade ago. The public firing resulted in several weeks of internet uproar, with fan petitions calling for Gunn’s reinstatement, and the Guardians of the Galaxy cast speaking up on his behalf, both via a formal public letter to Disney and via interviews and their own social media outlets. Gunn moved on to a new position at Warner Bros., scripting Suicide Squad 2, but earlier this year, Disney rehired Gunn to helm Guardians of the Galaxy 3. The film hasn’t yet been given a release date on Disney’s long-term theatrical release slate.

Throughout the whole process, Gunn was largely silent apart from apologizing for the past tweets and explaining where they came from. But today, in a frank conversation with Deadline, he spoke about his experiences over the past year, his initial responses to the firing, why he compares it to his divorce, and what the rehiring experience was like for him.

Perhaps most notably, Gunn says he doesn’t blame anyone but himself for the firing, and that he takes “full responsibility” for his past tweets, and doesn’t consider them a free-speech issue. He focuses more on his emotional reactions after the firing, and particularly about how other people’s responses to it made him feel truly loved for the first time:

I’m like a lot of people who come out here and want to be rich and famous, to have people love them … My apparatus for being loved was my work, and being famous. I had never really experienced before that feeling of being loved so deeply. It has been a problem for me in relationships, in friendships; I can experience loving another person but I have a very difficult time experiencing being loved. In that moment, the apparatus which was my only hope for feeling love was torn away from me and I had absolutely nothing. I didn’t know what I was supposed to do. Should I be locked away?

And then came this outpouring of real love. From my girlfriend Jen; my producer and my agents; Chris Pratt calling me and freaking out; Zoe Saldana and Karen Gillan, all calling and crying. Sylvester Stallone FaceTime-ing me. And, of course, Dave Bautista, who came out so strong. That amount of love that I felt from my friends, my family, and the people in the community was absolutely overwhelming. In order for me to have fully felt that love for the first time, the thing that needed to happen was the apparatus by which I was feeling falsely loved had to be completely taken away.

He also addresses how he eventually asked the people in his life to stop focusing on his firing because he couldn’t handle the negativity and wanted to move on. And he talks about the experience of hearing from other studios that wanted to hire him, and how much fun he’s having with Suicide Squad 2.

Of everything revealed in the interview, Guardians of the Galaxy fans may be most gratified to read about the plotline he most wants to pay off in the third film, regarding Rocket Raccoon’s personal development:

I relate to Rocket and I feel compassion for Rocket, but I also feel like his story has not been completed. He has an arc that started in the first movie, continued into the second and goes through Infinity War and Endgame, and then I was set to really finish that arc in Guardians 3. That was a big loss to me—not being able to finish that story—though I was comforted by the fact that they were still planning to use my script.

The full conversation is available at Deadline.