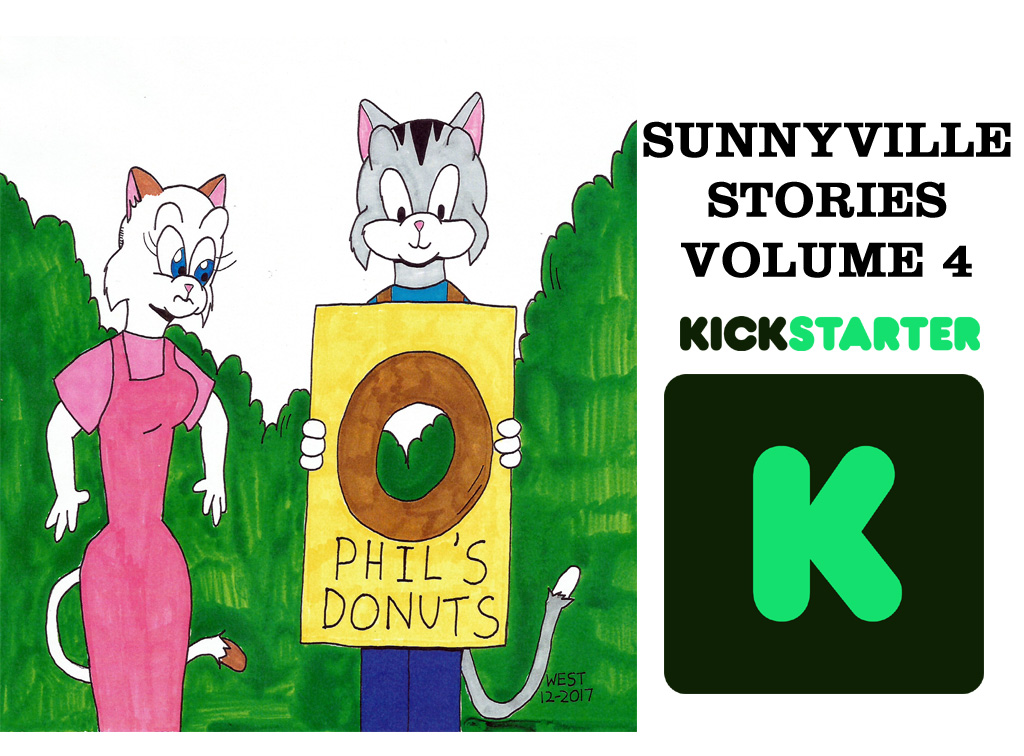 Created by the esteemed Max West and published by Different Mousetrap Press LLC of
North Dakota, Sunnyville Stories is a creator-owned comics series with an enrapturing
narrative. It tells the saga of an amiable village called Sunnyville, inhabited by
anthropomorphic animals dressed in old-fashioned clothing. The series itself revolves
around two lively teenage cats, Rusty Duncan and Samantha “Sam” Macgregor, who have
all sorts of adventures.

This industrious Kickstarter is slated to run from Jan. 5 to Feb. 11, 2018; the funding goal
will be US$2,500. These funds will be used to print the spectacular 216-page trade
paperback collecting more of the Sunnyville saga. In this superlative anthology, Rusty
and Sam have more adventures involving a mystery, a tabletop game and even a game
show. Tearjerking drama ensues too as our heroes deal with sickness and even
someone’s death.

The first three volumes have met with fantastic reviews from the press. The Midwest
Book Review says Sunnyville Stories is “destined to become a mainstream hit” and even
compared Mr. West’s work to the renowned Walt Kelly, creator of newspaper comic strip
Pogo. The Library Journal praised Mr. West’s work even more, citing Sunnyville as
having “clean artwork and an idyllic story line.”

Sunnyville Stories Volume 4 will be available wherever books are sold and direct from the
publisher. The book will also be available wholesale through Ingram and Baker & Taylor as well as to the library trade via Brodart Company.

For more information, visit the Kickstarter page at http://kck.st/2lfBaxp and the official
blog at http://www.sunnyvillestories.com